As some of you might or might not remember, I wrote a post about Teen Wolf when it started its third season run. Now that the finale finally aired last night, we can dissect it a little.

The show is -as some of you might know- based on the Michael J. Fox movie of the same name, made in the 80s, but the similarities stop there. While there is a slight comedic undertone to it, the show deals with much darker themes (at least with the start of its second season) and it has a very high body-count, unlike the movie which is surprisingly fit even for kids to watch.

The MTV show is racier, more violent and struggles to break some of the stereotypes associated with shows that are seemingly targeting young adults. While it has definitely grown and can show off some really big names that have appeared either as guest stars or as regulars on the show, it seems that it’s still struggling to break away from certain patterns that are blighting modern television: love triangles, the tendency of woobifying characters in order to give them depth, and the eating the scenery phenomenon (which might actually be done intentionally, but I can’t say for sure). 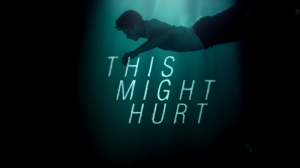 Back to the finale of a season that had “This might hurt” as a tagline. **Some spoilers; advance at your own risk**

This (technically half) season of Teen Wolf has had an overreaching arc dealing with the presence of an Alpha Pack in town, a pack that was supposedly so powerful that no one dared defy them, ruining lives as if they were nothing and destroying everything in their path. Surprisingly (or not) they prove to be no match for our villain (a druid that had lost her way after being horribly maimed by the people she was protecting) and for our heroes (a bunch of mostly clueless teenagers). While the entire season had focused on showing us the darkest situations – a motel where no one could get out alive, dead bodies found in various places, birds and animals going crazy as a super storm approached, the ending felt a little flat.

Each of the villains was defeated in under five minutes after an entire season of people running around like headless chicken, struggling 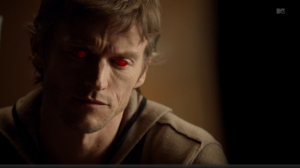 to find a proper solution. Two of the bad guys were healed through the power of love,  becoming good all of a sudden, the bad girl who desperately needed a pedicure, died like she was some silly puppy with no bite, and the demon wolf, destroyer or worlds (Gideon Emery)  was suddenly rendered impotent when his sight was restored. Well, I’ll actually cut him some slack, cause I’d probably feel a bit stunned if I suddenly regained my sight after being blind for years.

My biggest problem with the finale however wasn’t its content. I actually enjoyed it. It gave us enough to tide us over for the next five months, until the second half of season three starts, it wrapped up most of the loose ends and the cliffhanger wasn’t really that impressive. Sorry, Peter Hale (Ian Bohen), you yelling out that you’re the Alpha just didn’t have the same impact as hearing Michael Hogan scream MOUNTAIN ASH! last season or as Deucalion’s  Oppenheimmer speech. Better luck next time.

What bothered me was the fact that they had so many characters to show and to put down or help evolve in such a short time, that no one really got their moment in the spotlight. It was all rushed, with the main characters barely getting any screen time or with us as viewers barely getting the time to say good bye to some of the fan favourite characters, such as Derek Hale, who presumably departed Beacon Hills. Fret not, Tyler Hoechlin fans, he’ll be back next season with a new plot that will actually develop his character. Preferably one that doesn’t involve tearing him to pieces emotionally to gain our love and sympathy.

That’s my biggest pet peeve when it comes to movies/books/series, the fact that the creators feel the need to brutally destroy a character in order to give that character some depth, because they can’t give him anything else, like say an interesting story line? This season was filled with wasted opportunities for both the main characters as well as the secondary characters, the show focusing instead on building up love triangles and in doing its best to point out just how damaged everyone was. 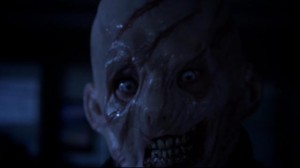 And this, ladies and gentlemen, is Derek Hale’s latest love interest.

I mean let’s take an example: Derek Hale had to kill his girlfriend when he was sixteen because she was suffering from a werewolf bite and dying torturously slow, his next girlfriend slept with him and then set his family on fire and his current girlfriend was a crazed out homicidal maniac that committed several ritual sacrifices and blamed him for her existence, even though they were completely unrelated. Oh and he loses all of his pack in a matter of months. I am struggling to think of something else they had the character do other than growl and pout for a season, but I’m failing at it. (Admittedly, they had him shirtless quite a few times and he’s quite an impressive sight).

In his situation is the new fandom puppy Isaac Lahey, played by Daniel Sharman, who went from being disliked to being adored and even worshipped by some after more and more layers were added to his tragic past. Surprisingly, he actually got some character development, turning from half-psychotic at the start of season two to adorable at the end of it and from then on he moved on up to be a fully rounded character. Stiles Stilinski (Dylan O’Brien) had his own moments of growth, though in his case the dead parent plot device was also used to the fullest. It seems like the show’s writers love to kill parents.  I think only one person in the whole series – Lydia, played by Holland Roden –  has both her parents and they are utterly clueless, missing out on the fact that she goes out in the middle of the night, finding bodies left and right. Somehow the orphaned and the single parent kids are better off. Somehow.

All in all, this third season showed immense growth by comparison to the first. It’s got better plots, it actually manages to be darker and to keep most of its mythology straight and, this is an important one, people, it doesn’t have vampires. I love vampires, but I wish there was at least one show that didn’t throw lycans and vampires together. The downside is the excessive focus on the romantic lives of the characters that sometimes hinders the plot and divides the fandom, but hopefully that will be solved in 3b, from which a sneak-peek was already released. Guess what?
It focuses on romance and the psychosis of Allison Argent, who was turned into a strange blend of Buffy and an angel this season to try and gain the fans love and appreciation, after she went crazy in season 2. Apparently she’s heading in that direction again in the second half of season three, so she’s not out of the woods yet.

Speaking of 3b, we’re supposedly getting kitsunes and several other creatures from Asian mythology to join our druids, werewolves and resident banshee. I’m actually excited about the prospect and I am keeping my fingers crossed that we’ll see more development outside of the already mentioned plot devices.
http://youtu.be/VjQjOqmZvN0