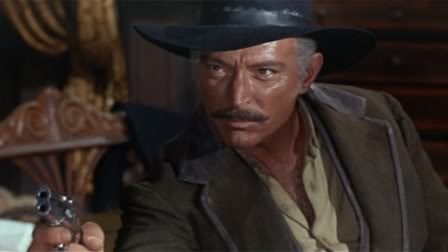 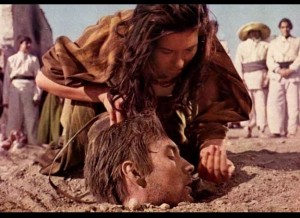 As this feature is now a month old, I thought I would revisit the theme of the first edition of Free Film Friday. A lot of good movies are in the public domain because the set time on their copyright has expired, but often a really sweet flick will lapse into free film territory due to the filmmaker or studio forgetting to keep track of it. I couldn’t believe my luck when I discovered a genuinely fun and really quite gripping Spaghetti Western for your enjoyment.

Death Rides a Horse is something of a cult hit. A contemporary of Sergio Leone’s brilliant “Dollars Trilogy” which redefined the Western in the 1960s and influenced a generation of movie-makers, you may very well be familiar with this one because it too was a tremendous influence on a myriad of auteurs. Namely, on a Tarantino piece by the name of Kill Bill.

Both movies feature a hero seeking vengeance against a party of bandits who commit a personal atrocity against them. The act in question differs in both films, but the Bride in Kill Bill and the hero of Death Rides a Horse (ironically named Bill and played by John Phillip Law) both vividly remember their traumas in the exact same way, showcased through some impressive cinematography. 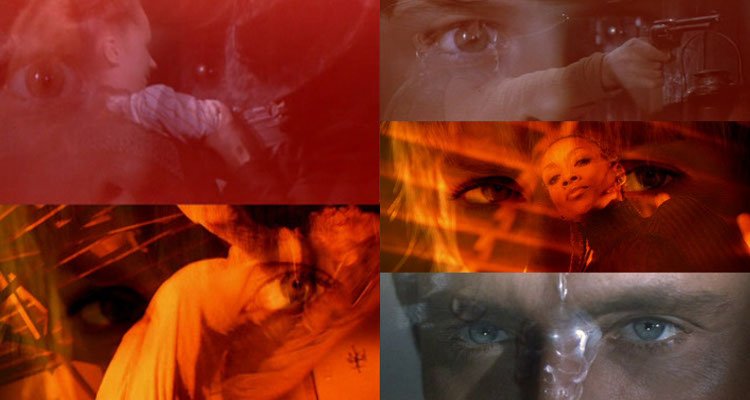 But leaving aside the Tarantino connection, I must say that this is actually one of the best films I have come across in the public domain.

Revenge is a common component of the Western, and at the time of this picture’s release the theme was remarkably prevalent. It was the driving force behind protagonists in For a Few Dollars More, Once Upon a Time in the West, Hang ‘Em High and the Oscar-winning True Grit, all released in the same decade. This film also shares a couple of key features with certain contemporaries, its star Lee Van Cleef and the composer of its soundtrack, Ennio Morricone. 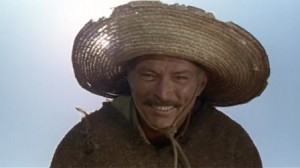 Van Cleef is in this film, as he was in so many others, an utter badass. The wily old-school outlaw opposite Law’s clean cut good guy, his presence enhances a good story and makes it more entertaining. Morricone’s score too, though not quite as epic as the work he did with Leone, really adds to the overall experience. And just as with the musical watch in For a Few Dollars More, it is intriguing to see the soundtrack actually creep its way into the world of the film in the scene where three strikes of a piano key act as the count-off for a duel.

If you loved The Good, The Bad and The Ugly then I believe this is just the film for you. I think I can safely say this is definitely the most exciting and thrilling movie I have discussed in this blog so far, and really all trivia and film history reasons aside, I think you should watch it simply because it’s entertaining as hell.