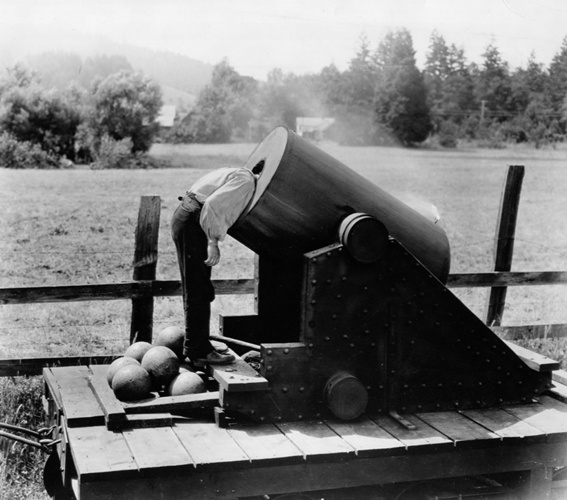 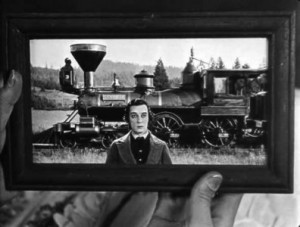 Getting back to basics this week I thought we’d take a look at one of the most renowned silent comedies ever made. I couldn’t decide between Buster Keaton or Charlie Chaplin, but in the end the charm of this brilliant film was what convinced me to go with the former. We’ll check out a work of Chaplin next week…

Keaton is a stark contrast to the contemporary little tramp. His face adorned with an ever-present stern expression, he looks like man to whom comedic mishaps would be a severe annoyance rather than a whimsical laugh-a-minute extravaganza. Sometimes this detracts a little from the humour, but his timing more than makes up for it, and as the movie progresses he takes a number of increasingly wacky pratfalls to great effect.

The General is based on a real incident from the American Civil War in which Union soldiers hijacked a Confederate train with plans of using it to carry supplies to soldiers engaging in a sneak attack upon the Southern troops. One Southerner fought back, and it is this legendary figure that Keaton portrays with charming spirit. 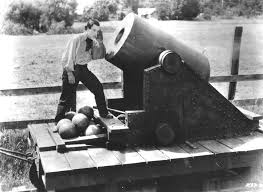 The film is a little slow to start but once it gets going the story becomes a frenetic charge replete with incidents of increasing silliness. Keaton’s struggles with a cannon are among the early highlights, and his efforts to save the love of his life from captivity among the Union soldiers are a joy to behold. The iconic actor’s direction too is a wonder in that he manages to balance epic railroad cinematography with clever camera tricks and long takes of physical comedy.

All right, so it isn’t like watching a Marx Brothers film. You won’t find yourself laughing hysterically at truly timeless comedy, but I think you will enjoy this picture. As one of the most acclaimed and well-known films of the silent era, it is a must-see for serious fans of cinema, and I think you will agree having watched it that it is deserving of its reputation.