Geek Of The Week # 4 – Richard Cusworth 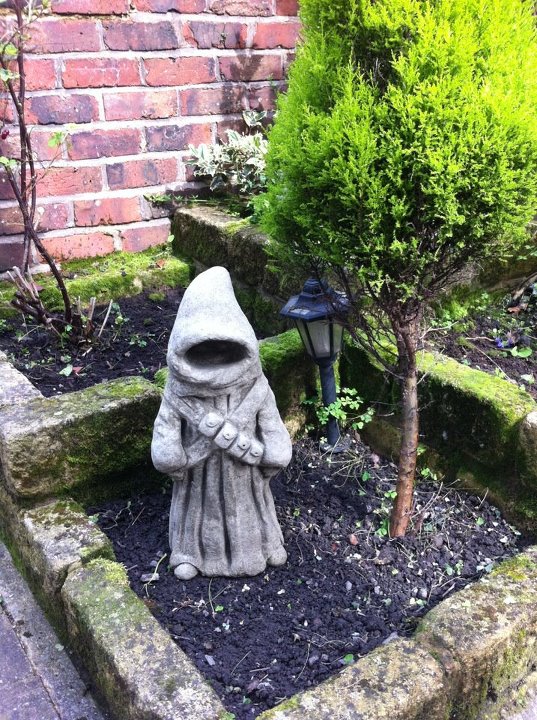 [box_light]If you would like to be our next Geek of the Week then get in contact with us on facebook or email us @ Content@geek-pride.co.uk and tell us why you deserve the honour… photos and vids help btw![/box_light][box_light][/box_light]

Some Geeks collect toys, others content themselves with Comics, but Rick has shown us that being a geek is all about… 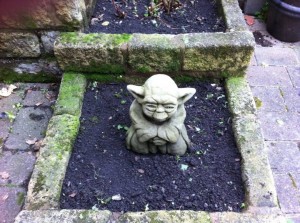 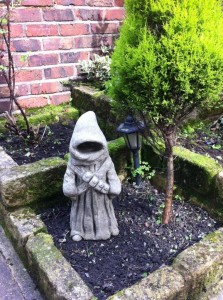 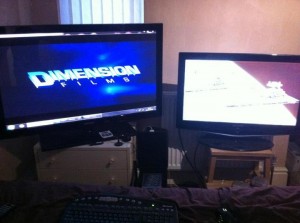 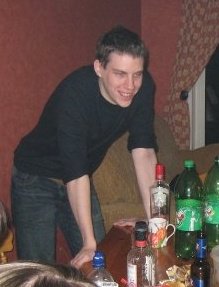 Richard Cusworth is… OUR GEEK OF THE WEEK!

1. So geek of the week… how does it feel to be a cut above the rest?

[quote] Like a badge of honour. I couldn’t be more pleased all those hours watching Sta rWars or reading Xmen comics finally payed off.[/quote]

2. The home cinema / computer set up is rather awesome, do you actually use both at the same time?

[quote]Yea I cant help but have something like “The Old Republic” playing on the 42″ while watching True Blood or what not on the 32″.[/quote]

3. Where did you and why did you get the Starwars gnomes?

[quote] New Smith Fields market near Gorton. Yoda came as a birthday present last year from my mate and his girlfriend and my Jawa was a more recent purchase a few weeks ago. I have a pic of Yoda having a cigarette during one of our house party’s and it rocks.[/quote]

[quote]StarWars is my number one Geek love but it definitely spills over into everything else. I have most recently gotten into Game of Thrones massively after the TV show started last year. I had read the first book but until the show I hadnt gone any further.[/quote]

5. if you had to chose to give up one thing would it be the gnomes or the home cinema/ pc combo and why?

[quote]It would have to be the Gnomes. Aside from the massive difference in price, With the english weather being what it is I dont get enough time in the garden to make the most. The Pc on the other hand gets kaned.[/quote]

6. So you have Star Wars gnomes and a nice TV set up, any other geeky plans for your house or does the other half only put up with these minor infractions?

[quote]There is currently no “Other Half” so I am not held back with my Geek expansions. The TV setup only recently came together as I became single. Nothing stopping me taking the 42″ off the wall and setting it up closer. I do have a games table set up in the attic which hasnt had some use in a few years but was great for Mtg or Warhammer and D&D when I was into all that.[/quote]

[quote]Im very glad to finally get some positive recognition for my Geekdom and am 100% sure Geeks will rule the earth. Especially if we get our Zombie apocalypse cos no one knows how to survive DayZ like a Geek[/quote]