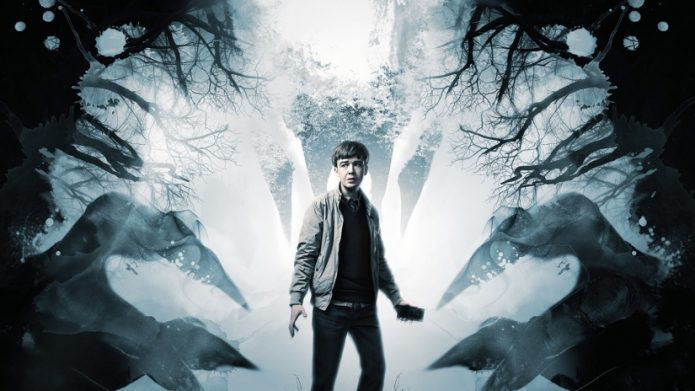 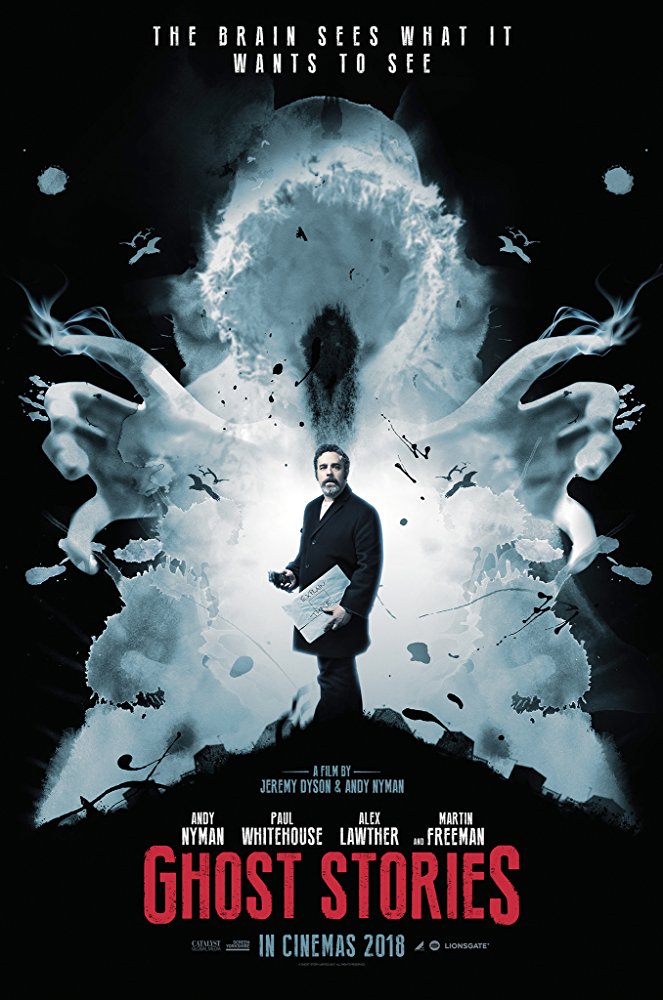 A Quick none spoliery review

First up, for those of you who don’t want spoilers and just want to know if the film is good or not, here’s a quick round up for you :

Celebrity paranormalist and skeptic, Professor Phillip Goodman (Andy Nyman),  is sent to investigate three incidents of supernatural sightings. Including a night watchman (Paul Whitehouse) working in an old women’s refuge, a teenager (Alex Lawther) whose car breaks down in the middle of a forest and a business man(Martin Freeman) who is awaiting the birth of his child.

All the stories are linked by Goodman and as they move forward his scepticism is put to the test culminating in an unusual and unexpected, if emotional, finale.  Acting is solid, It’s beautifully and atmospherically shot, Scary as hell, psychological, thought provoking and has an ending that I can only say will be divisive for a lot  of people. If you are looking for a mindless scarefest then Ghost Stories isn’t the film for you but if, like me, you like a bit of mental sparing with your sudden jumps, then you’ll be in for a treat.

Not enough? Want to delve deeper then follow me.. but be warned, there be spoilers ahead!

Leaving the Cinema, myself and my Girlfriend,  Louise, weren’t exactly sure what we had just watched.

“it was really good until the ending.. it was just a bit weird and silly.” She turns to me and says

Now I’m not sure if it was silly, but it definitely was weird and to be honest I could understand why she felt that way. For 3 quarters of the film you had a normal British horror film, replete with atmosphere, mind tricks, jump scares and a smidgen of humour. Then, suddenly, and when you feel you are going to get closure, the tone and mood changes and you find yourself on this slippery slope to an ending that you’re not overly ready for, and in my girlfriends case one she didn’t want.

It was either a genius way to end the film or a huge mistake and I wasn’t sure, as I left, what I thought. It was only after, while talking it through with Louise and going over all the parts in my head that things started to click together and clarity prevailed. But to explain we need to start at the end.

Ghost Stories ends with Professor Goodman going back to the trailer of Charles Cameron (the reason for his Journey in the first place)  to tell him, despite what he has seen and been told, that its all bull shit and can be explained by mental and family traumas (an important concept that is overlooked due to the context of the film thus far). We as the audience know this is him lying to himself, he’s actually seen things himself, he’s scared, he knows it.. there is going to be a payoff soon; a payoff that’s starts straight away but goes in a direction few expect.

Cameron starts to put his finger into his eye and then we soon realise it’s a disguise and he’s wearing a mask. Low and behold we are confronted with Mike Priddle (Freeman) who killed himself in the last scene. The Prof is so taken back by this that he asks the camera to cut and stop filming, to which Priddle asks, “where do you think you are? ” ( I am not sure if this was intentional by the film makers or just a mistake that was kept in, but either way it works)

From this point on the entire dynamic of the film changes and Priddle leads us / Goodman through his own story. A story of a young bullied kid who lets a mentally handicapped boy “Kojak” die after taking a fit in a prank that goes badly wrong and Goodman’s younger self does nothing to stop or help. Finally, after the moral of the film is seemingly revealed Goodman is assailed by a ghoulish Kojak and dragged down a narrowing corridor to a hospital bed, wherein we soon realise that this entire thing has been in his mind the whole time and he has Locked in Syndrome, after a failed suicide attempt…..

I have no doubt this will be the reaction for a lot of people because it would, on the face of things and without any other thought into the matter, feel like a pretty lame and frustrating way to end a pretty scary film. But it is this very ending that, in my mind, makes Ghost Stories smart; but only after connecting the dots.

Let me connect some of them for you: 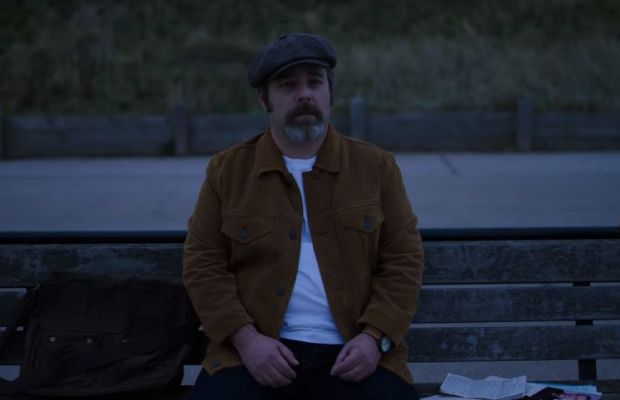 So the film telegraphs its intention and direction throughout but it is the end that ties it all together and is a necessity to get the entire point across; a point aptly made when Priddle, trying to open a gun locker, in the middle of nowhere, states “It’s funny, isn’t it? How it’s always the last key that unlocks everything.”

As it is, everything that happens is a fabrication of Goodman’s mind, formed by Religious, mental and physical trauma, combined with every day memories. Like a dream, or in this case a nightmare, they can be lucid, abrupt, jolting you from one place to another and tie in random things that you have heard and seen in your day to day life, therefore the tag line of “the Brain sees what it wants to see” is very much apt and if you think about it, how often are your dreams coherent and not kinda messed up?

Ghost Stories therefore isn’t really a Horror, the façade is there and in that guise people are sucked in, but really its an allegory for the human mind and condition. Sure if you are wanting just a fright with the generic horror tropes of Evil is defeated (but maybe not wink wink), or evil wins and no one is safe, then you won’t enjoy this and I can kinda understand that, sometimes you just want a mindless scare but if you accept it for what it is, and understand where it is coming from not only do you get a fright but would will be rewarded with an even scarier prospect; you own mind.

In the end, what is more terrifying than what you conjure in your own minds eye and being helpless to prevent it.

Definitely worth the watch, but with an open mind.

The West End’s Ambassadors Theatre will be showing the play from the 8th October 2019, you can book seats HERE