Joseph Kahn has taken a bit of Tarantino and a whole load of swearing, added some awesome fight scenes and come out with a pure work of art.

James Van Der Beek and Katee Sackhoff (swoon) star in one of the most kick ass Power Rangers fan films ever. Its darker than adventure time on downers and definitely NSFW, but alas there is a safer version, if you are in to puppies and kittens.

Joseph Kahn has written in the video description “… not a pilot, not for profit, strictly for exhibition. this is a bootleg experiment not affiliated or endorsed by Saban Entertainment or Lionsgate nor is it selling any product. I claim no rights to any of the characters (don’t send me any money, not kickstarted, this film is free)”

Kahn has collected various music production awards for videos such as ‘Toxic’ by Britney Spears and Eminem’s ‘Love the way you lie’, and even directed the film ‘Torque’ in 2004.

The video simply titled POWER/RANGERS on youtube has everything you need in a fan film; robots, high tech gizmos, guns, gore (so much gore!) and BEWBS!

Check out the video here: 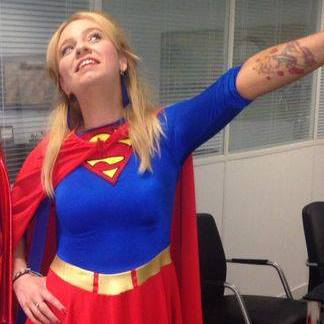