previous
Finally - A UK Release for Cards Against Humanity!
random
next
Sleepy Hollow. Off to a good start. Can it get better?

As Marvel’s Agents of S.H.I.E.L.D premieres, it’s been announced a new series named ‘Constantine’ is set to appear based on the chain-smoking magus formerly of Hellblazer. The show is set to appear on NBC and will be written/ executive produced by David Goyer and Daniel Cerone. 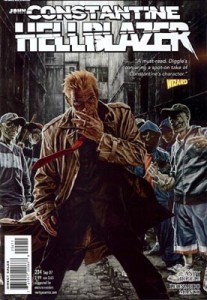 “I’m a nasty piece of work, Chief. Ask anybody.”

Hellblazer and its world of dark magics, demons and shady deals would be ideal for a TV series, there’s plenty of supporting characters to be found too but chances are that this new series won’t be based on critically acclaimed and long running Hellblazer, but rather John Constantine’s new home of ‘Constantine’ as part of the DC 52.

This new home -featuring a neutered John Constantine remodelled as an edgy Doctor Strange- stripping out the darkness, attitude and edginess of his former home, hasn’t gone down well with Hellblazer fans or critics as seen here and various other places around the internet.

It gets worse though.

While David Goyer isn’t new to the world of comics, being a co-writer on the Blade trilogy, Nolanverse Batman trilogy and Man of Steel amongst others; it should be noted that another TV series based on a comic Goyer was responsible for was Blade, which didn’t last long before being cancelled.

As any fan of John Constantine knows, the world he inhabits is a dark and brutal one and any TV show that has any intention of doing the character right will be just as dark. The tone of HBO’s The Wire would be a good example, a real world setting unafraid to be brutal and disturbing in its portrayal of how ugly that world can be.

Cerone’s work on The Mentalist isn’t a good omen regarding tone, with slick and glossy procedurals being completely the wrong direction.

Casting, setting and tone will be key, although anyone holding out for Constantine walking the shadowy streets of London is assuredly set for disappointment.

This is all conjecture of course; the Constantine show may well prove to be an engrossing and dark exploration of transgression, power, duty and passion, with a memorable grifter anti-hero with a talent for occultism, misdirection and sleight of hand… but I don’t like the odds.

In the unlikely event that Hellblazer is used a basis this is my ideal casting for some characters, 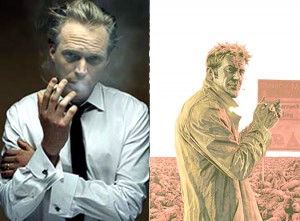 My choice for John Constantine would be British character actor Paul Bettany. Bettany is around the right age for prime Constantine and it’s not hard to see him in the iconic trench coat with a smouldering Silk Cut in hand. Having numerous varied roles also shows he is a versatile actor and crucially still has an everyman look. 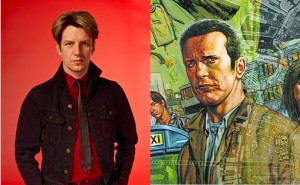 Marshall Lancaster as Chas, Constantine’s right hand man and best/only friend. Lancaster has the elusive everyman quality but also showed a talent for both fumbling insecurity and an innate sense of what’s right and dependability as DC Chris Skelton in Life on Mars and Ashes to Ashes. 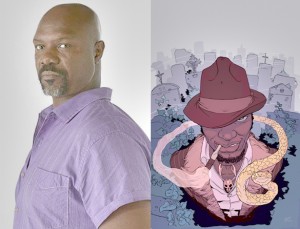 Robert Wisdom as Papa Midnite. A character that matches Constantine himself in talents for manipulation and dark magics. Midnite serves his own interest rather than the forces of good or evil. Wisdom on both The Wire as Major Colvin in Prison Break as Luchero, showed a talent for characters not as obvious as they seem- much like the nebulous nature of Midnite himself. 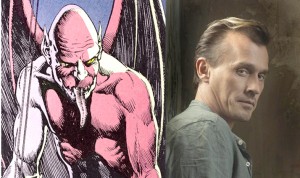 Robert Knepper as Nergal, one of the major factors in Constantine’s life. Said to have been born in the Ancient Babylonian era before being burnt at the stake, Nergal is both demon to some and god to others. Knepper is an accomplished character actor but also has no problem portraying disturbing characters as seen in Prison Break portraying Theodore “T-Bag” Bagwell. 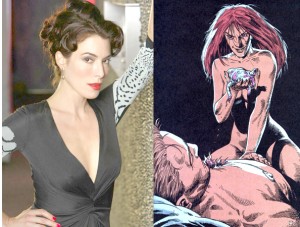 Jaime Murray as Ellie. A disgraced succubus and servant of a powerful demon. Ellie is originally part of a plan to snare Constantine before becoming a friend of sorts. Murray is no stranger to playing a seductive and manipulative femme fatale as Stacie on Hustle, but also capable of portraying the dangerous as seen on Dexter with her role of Lila. 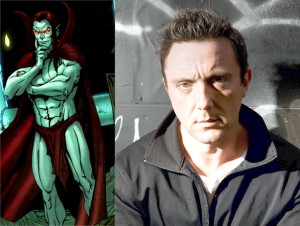 Peter Serafinowicz as The First of the Fallen. Lord of Hell and a thorn in Constantine’s side. The First of the Fallen holds a grudge against Constantine for manipulating him on several occasions. Serafinowicz is capable of comedic wit and beligerent arrogance as seen in Spaced, among other comedy shows, but also has an impressive and intimidating physical presence. His memorably deep voice as utilised for Darth Maul would be fitting for the Lord of Hell.

Andy Haigh started writing to counteract the brain atrophying effects of Retail Hell, now it's an addiction. Andy is an unrepentant sequential art absorbist and comics are one of his passions. Other interests include Film, Music, Science Fiction and Horror novels and quality TV like Game of Thrones. He can talk about these at great length if only someone would listen. He lives a somewhat hermit like life in The Shire, spends too much time on social media and is still waiting to go on an adventure.
You might also like
breakingChasDaniel Cerone