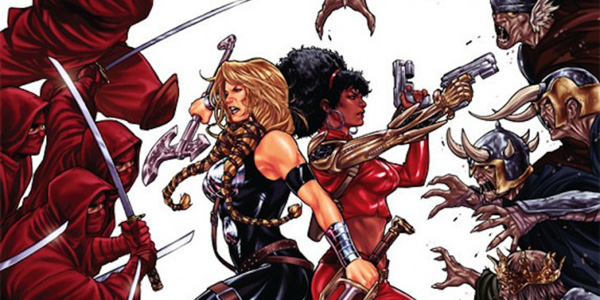 Whilst DC may have a host of female fronted comics hitting stands, Wonder Woman, Batgirl, Batwoman, Catwoman, Supergirl , Katana, as well as team books like Birds of Prey.

Marvel on the other hand is a different story.

They’ve had some great female fronted titles in the not too distant past like Mystique  and She Hulk .

Recently though it’s been a different story. Female fronted comics have always seemed to get the short straw at Marvel. Even on the back of her appearance in Iron Man 2, a new on-going Black Widow series didn’t get past 8 issues before segueing into a limited series. Then she was once again relegated to bit player. Worse than that though X-23 at the time Marvel’s only female fronted on-going comic got dropped. The fact it was getting good reviews until the end didn’t stop it getting cancelled despite selling more than other titles. 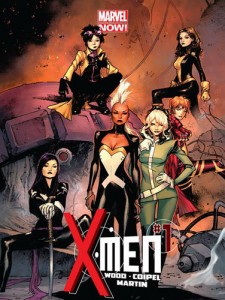 Marvel have apparently seen the error of their ways and this year they’re launching several titles with lower levels of Y chromosome than readers will be familiar with.  The new Red She-Hulk,  X-Men, Fearless Defenders & Uncanny X-Force.  This can only be a good thing. As any Marvel fan knows there’s plenty of great female characters and it’s about time that they stopped being in the shadows of the male characters. Frankly Sif , Domino and Storm will always be cooler than Captain America.

Whilst it can be said that there would be more female fronted comics if fans bought them, as seen with X-23 sales aren’t the be all and end all. More importantly they have to be there in order for fans to pick them up.  There’s also an argument for Marvel and DC overall not being interested in getting girls to pick up their comics .Since altering what undoubtedly alienates a lot of girls will drive away a 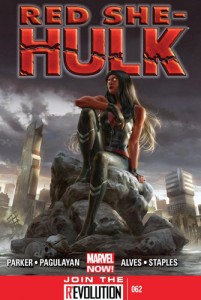 percentage of male readers, so they have very little in the way motivation to make this happen. Then there’s the old chestnut of female characters being written and drawn in a derogatory and exploitative manner. Something which DC is more than familiar with following the furore over some titles when the DC 52 launched. Just to be clear it’s not just girl geeks that are sick of disproportionate characters in barely there outfits.

As Red She Hulk writer Jeff Parker put it

[quote]“Did Buffy the Vampire Slayer teach us nothing? This gender does have daydreams about throwing cars around and flattening fools with a backhand swat. The superhero model appeals to something fundamental in us- that we feel, despite appearances, we have untapped power that could break out in the right circumstances.”[/quote]

Andy Haigh started writing to counteract the brain atrophying effects of Retail Hell, now it's an addiction. Andy is an unrepentant sequential art absorbist and comics are one of his passions. Other interests include Film, Music, Science Fiction and Horror novels and quality TV like Game of Thrones. He can talk about these at great length if only someone would listen. He lives a somewhat hermit like life in The Shire, spends too much time on social media and is still waiting to go on an adventure.
You might also like
Marvelred she-hulkThe Fearless Defenders