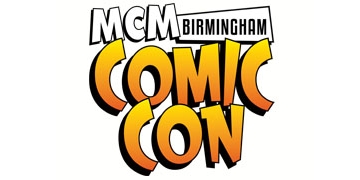 Press Release from the Guys at MCM about the upcoming MCM Birmingham… anyone going?

The MCM Birmingham Comic Con and Memorabilia show will be welcoming whole host of sci-fi special guests when it returns to the NEC on 22-23 March – and amongst them will be a Tardis-full of Doctor Who stars!

These include Louise Jameson, who played Leela, the barbarian companion of Doctor Who’s Fourth Doctor, as well as appearing in over 200 episodes of EastEnders; Paul McGann, best known for playing the Eighth Doctor, as well as starring in 1987 black comedy Withnail and I; and Peter Purves, who while most famous as a Blue Peter presenter also played Steven Taylor, one of the First Doctor’s time-travelling chums.

Then there’s Katy Manning, who played the third Doctor’s companion Jo Grant; Sophie Aldred, who accompanied the Seventh Doctor as Ace; Anneke Wills, who as the vivacious Polly travelled with both the First and Second Doctors; Frazer Hines, who played Jamie McCrimmon in no fewer than 117 episodes of Doctor Who; Geoffrey Beevers, whose Doctor Who appearances include playing the third Master in ‘The Keeper of Traken’ and John Leeson, best known as the voice of man’s (robotic) best friend, K9.

Other guests with Whovian connections include Corrie regular Sasha Behar and Phil Davis (Alien 3, Whitechapel, Sherlock), who both guest starred in the ‘The Fires of Pompeii’,  and Catherine Schell, who played Countess Scarlioni in ‘City of Death’ but is more famous as Space: 1999’s Maya and Bond girl Nancy in On Her Majesty’s Secret Service.

Of course, these are just a few of the film and TV special guests attending March’s MCM Birmingham Comic Con and Memorabilia and we’ll be adding to the list throughout the run-up to the show – for an up-to-date list, please visit our website at

Tickets for MCM Birmingham Comic Con on 22-23 March are available at www.mcmcomiccon.com/birmingham