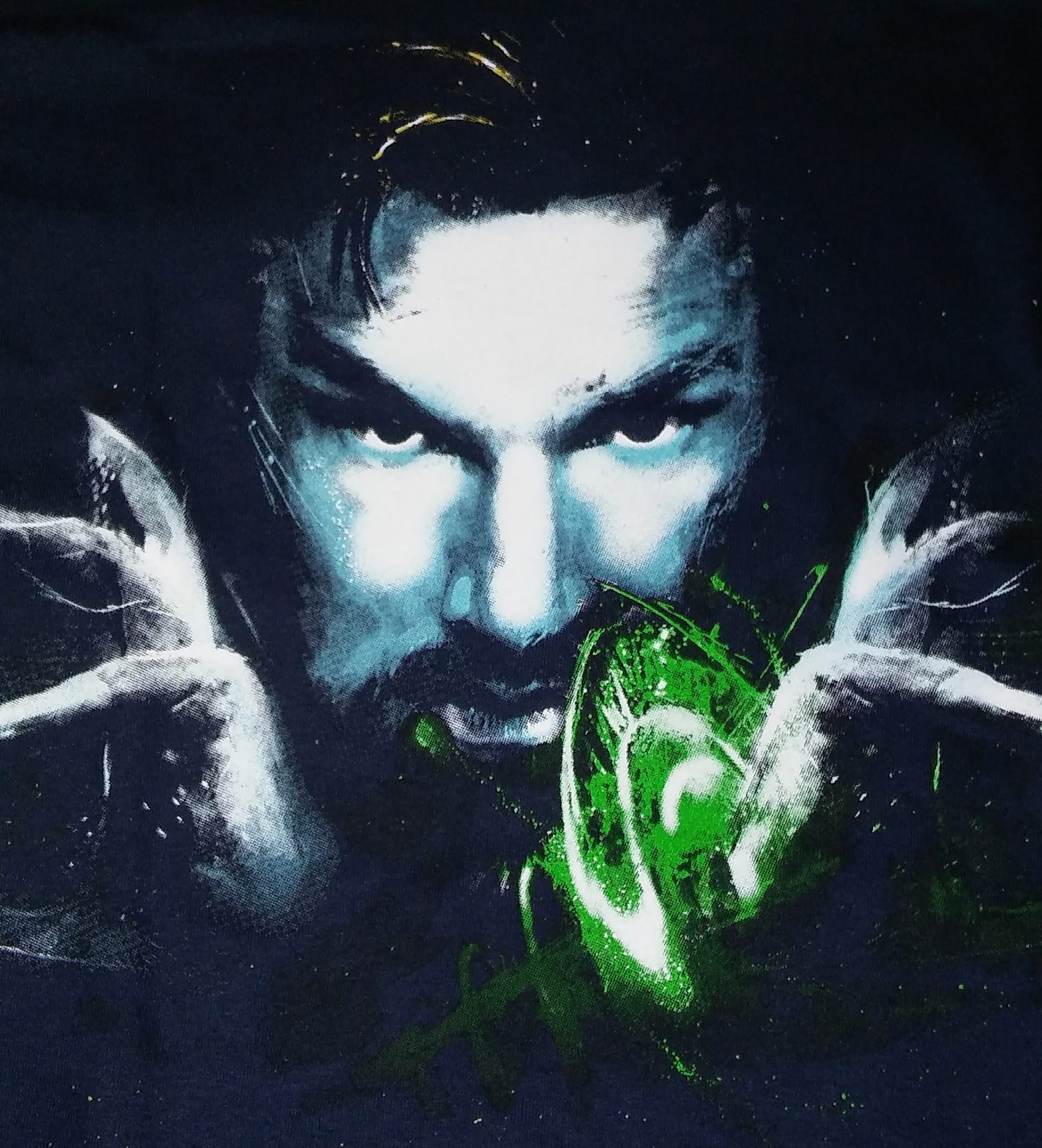 Another month is nearly at an end, which means it’s time for another Nerd Block review. This month’s theme is “Time Travel”, one of my favourite sci-fi concepts, so here’s hoping for some good items. Let’s take a look.

There are six total items in this month’s box. Up first is what is usually the least-exciting item, the monthly button/lapel pin. 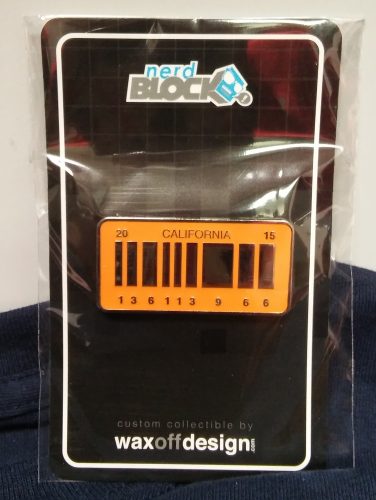 Onto item number 2, a pair of socks. 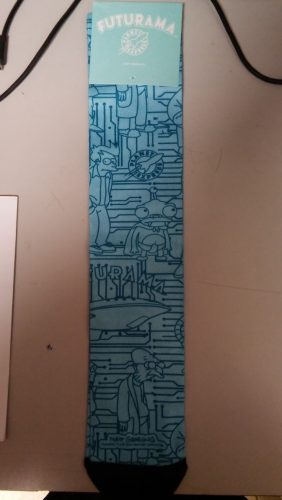 I love Futurama and I’m always in need of new socks. Having said that, I’m disappointed here. You can’t tell by the picture, but these socks are incredibly thin and, if they’re anything like the socks I’ve gotten in these boxes before, they are not going to fit well at all, especially because of my calves. Aside from the sweater socks my wife got a couple months ago, the socks in these boxes ALWAYS fit poorly. I don’t blame Nerd Block; Loot Crate is also guilty (probably moreso). I’ll know tomorrow if these fit better than usual, but I’m not hopeful. Also, due to how thin they are, I fully expect to get holes in them within a couple months.

Let’s take a look at the next item. 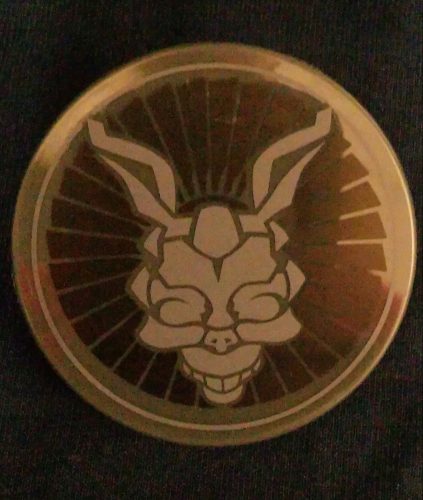 Remember when I said the lapel pin is usually the least interesting item in these boxes? Not this month. It’s this one. This is a magnetic clip sporting a caricature of Frank from the movie Donnie Darko. Now, this item is practical at least. We buy a lot of crisps in my household, and these are great for keeping the bags closed, so we will definitely use it. However, it’s Donnie Darko, one of the dumbest, most overrated movies of the last couple decades. Sorry, but the movie flat-out sucks. The person who first recommended it to me swore up and down it was a total mindf**k, which normally I would be down with. Instead, it’s boring as hell, and didn’t mess with my head in even the slightest. Now, said person who made the recommendation liked herself the nose clams, so perhaps it is a total mindf**k for cokeheads. I don’t know. I do have some friends now that like this movie, and that’s fine, but they’re all communists. Okay, not really. But yeah, this movie sucks. Rant over.

Item number 4 is the first of two clothing items this month. 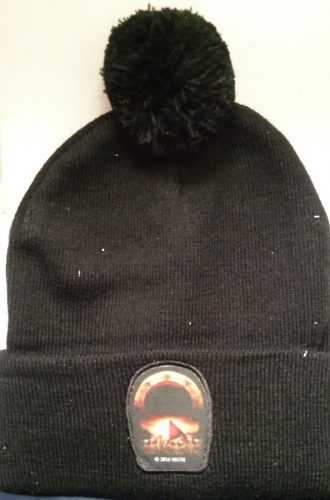 It’s a beanie (or toque, for my Canadian friends. Hi, Christine!) of the show Stargate: SG-1. I have never seen the show. Ever. Not one episode. The original movie was good, but never struck me as something that needed an expanded universe. Anyway, the hat doesn’t look bad, save for the stupid puffball on top. Those are only acceptable on Jayne hats. I was going to put it up on eBay, but the missus decided she wants it. She has also never seen the show; she just likes the look and fit of the hat. So…win?

Next is the second clothing item, the monthly t-shirt. 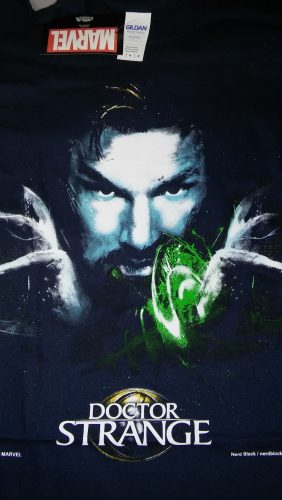 Doctor Strange was one of the most fun movies of 2016, and if you’re not a fan of Benedict Cumberbatch, you’re wrong. This item gets a thumb’s up. Not the most inspired design, but it’s decent enough, and being a blue shirt instead of black is a plus. I wanted to keep it, but so did my wife (shocker, no?). Now, if you’ve read my stuff before (and we know you haven’t), you know that normally, if the shirt is one we both want, we fight over it in UFC 2. However, I’ve gotten pretty much all of the shirts from both these boxes and the Firefly Cargo Crates the last few months, so I went ahead and let her have it. Only seemed fair.

And finally, an item from Rick and Morty. 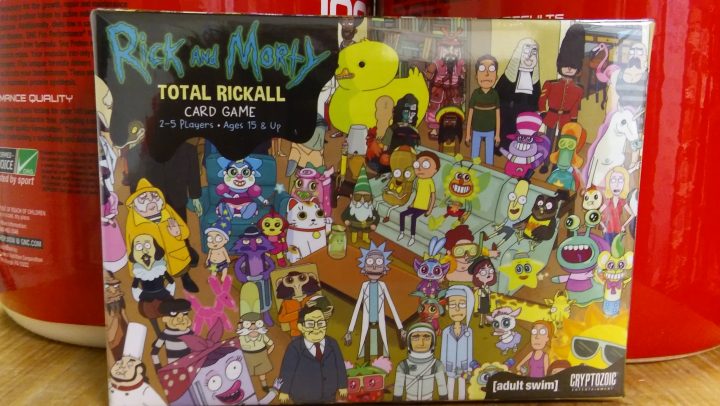 Hey, a full-blown card game! Games are definitely a rarity in these boxes, so that’s immediately a plus. I’m not a fan of the series (I really did try; just not my thing), but I love card and tabletop games, so that’s another plus. Also, I’ve got a couple other Cryptozoic card games, and they do a pretty decent job, so I’m hopeful this will be fun. Perhaps I’ll do a review of it for March? Anyway, even if I’m not a fan of the franchise, I appreciate getting a full game and, by the looks of it, one that should make for a good time.

Well, not the worst box I’ve ever received, but not a great one either. Thus far, this is probably the most disappointing box I’ve gotten from Nerd Block. The items are mostly so-so and half are franchises I just don’t care about. Also, how do you do a box with the theme of “Time Travel” and not include one single Doctor Who item? Even a sticker or patch would have been acceptable. Talk about a complete misfire.

That’s all for this month. Next month, the theme is “Team Up”. I can’t even begin to guess what franchises will be represented, as that’s a very broad term. I’m sure one or two superhero-related items, but that’s about all I can guess right now. Loot Crate did this same theme a while back and it was very disappointing. Here’s hoping lightning doesn’t strike twice.