previous
God of War: Ascension director quits Sony Santa Monica
random
next
Elk Vs Photographer - Cause Elks can be assholes too 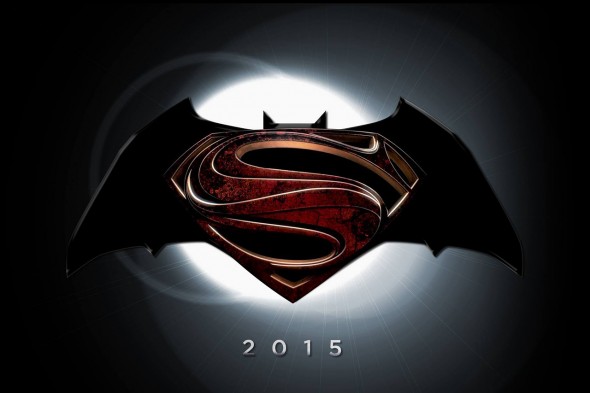 Some very interesting rumors from the guys at Comicbookmovie.com  regarding the up coming Batman vs Superman Film. Wonderwoman,  The Flash and a new spin on Lex Luther from previous films?

The Flash. Yes, he will be in the film, BUT as others have mentioned he will not be in costume for the movie. The Flash will only be seen as Barry Allen. Same goes for Wonder Woman. She will not be wearing her costume in this film, and will only be known as Diana. As you know, CW is developing a Flash television series that is a spinoff from Arrow. I’m told by my source that WB wants Grant Gustin to make the cameo as Barry Allen, BUT it all depends on how the audience reacts to him when he makes his debut on the small screen later this year. If sentiment is positive Gustin’s in, but if it’s negative they will find someone else for the Barry Allen/Flash cameo.

Last weekend, Zack Snyder dropped a few Batman Vs. Superman tidbits. The most pertinent, is when he said: “Lex (Luthor) loves calling him an alien.” Zack Snyder’s Lex Luthor isn’t gonna be focusing on real estate, like he has in past Superman films. This time, Lex’s motivations will be rooted on his belief that Superman is not good for mankind. The Lex that you will see, will resemble characteristics from Grant Morrison’s All-Star Superman. The video below, includes a scene in which Lex explains to Clark Kent why Superman’s perfection diminishes his greatness. This is what you can expect from Zack Snyder’s Lex.

Alright, so he hates Superman for being a perfect alien, what else can you tell us hot shot? Well, my source describes Lex as “the pride of Metropolis. The people love him, he’s been helping out a lot. Even Lois thinks he’s a good guy initially. He is a very smart man and has a lot of charisma.” Wait, there’s more. Lex likes to dabble in “fringe” science. This is the side of him the people of Metropolis do not see. In one particular scene, Lex will ask his LexCorp scientists if they can recreate Kryptonian armor. Lex says to them, “When the world realizes what he truly is, they will need someone to stand up to him.” When one of scientists ask if he is that someone, Lex replies, “Is there any other person who can?”

Recently, Terry O’Quinn (“Lost”) was reported to be in the mix for Lex Luthor, but I’m told that he was never considered for the part at anytime. I can tell you, that James Purefroy, who is best known for playing a professor-turned-serial-killer in Fox’s The Following, was contacted about Lex Luthor, but wanted absolutely nothing to do with it.

Alright, let’s move on to other tidbits. We know that Bruce Wayne is getting a love interest in the film, but what you may not know is that WB really wants to cast an African-American actress for the part. I’m told by my source, that Ben Affleck will be reading with several actresses this very week to see if they have chemistry. This will be a committed relationship, not just a one night stand. It’s so serious, that she will know Bruce’s superhero identity.

All very intriguing I’m sure you will agree. but as the Flash is getting a TV series, a la Arrow, what about poor Wonder Woman; will she ever get another TV or film break?

What do you think? let us know in the comments below.

From N.Ireland but now living in Manchester, England; Matt is the founder and CEO of Geek Pride. Interests: Photography, Music, Art, poetry, Military History, Model making and painting and of course gaming (table top and computer)
You might also like
Batfleckbatman vs supermanbreaking