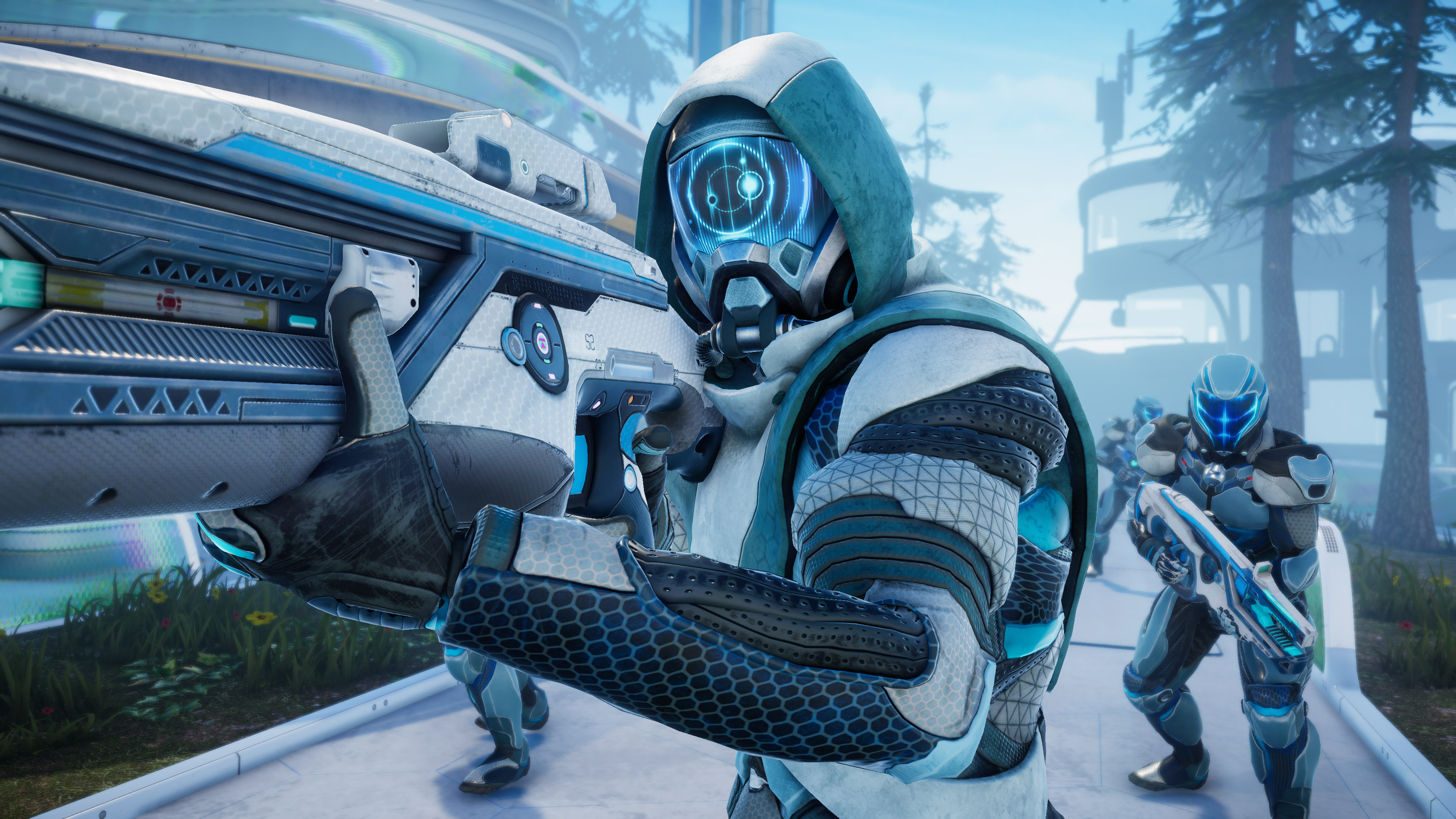 It would be fair to say that Julian Gollop invented turn-based tactical squad-combat computer games, when he released Rebelstar Raiders on the Spectrum in 1984.  From there, he created Laser Squad and later UFO: Enemy Unknown (also known as X-COM) and its sequels.  Each game introduced new elements, from the Geoscape strategic overlay of the world between missions to new mission types.

Since then, X-COM was acquired by Firaxis in 2012, who released it as the critically acclaimed, and slightly renamed, XCOM series, which proved that there was more than enough interest in the genre that Gollop had created.

So, when it was announced that Julian Gollop was making a new turn-based tactical squad-combat game that was not XCOM, naturally we sat up and took notice.  The result is Phoenix Point, a tactical turn-based game that pushes the genre in new and interesting directions.

Rather than aliens from outer-space or Lovecraftian entities from Atlantis, Phoenix Point has players facing off against the Pandora virus, which mutates everything it comes into contact with, creating an army of mutants, called Pandorans.  Just to keep things interesting and to stop the player from becoming bored, the virus keeps mutating.  This means that enemy units continue to evolve throughout the game.

Anyone familiar with the recent XCOM games will see that they are cosmetically similar to Phoenix Point.  Both are turn-based, have Geoscapes, and involve players battling a hostile alien force.  The similarities end there, as the systems in Phoenix Point are more complex, but also offer more flexibility to the player when developing new strategies. 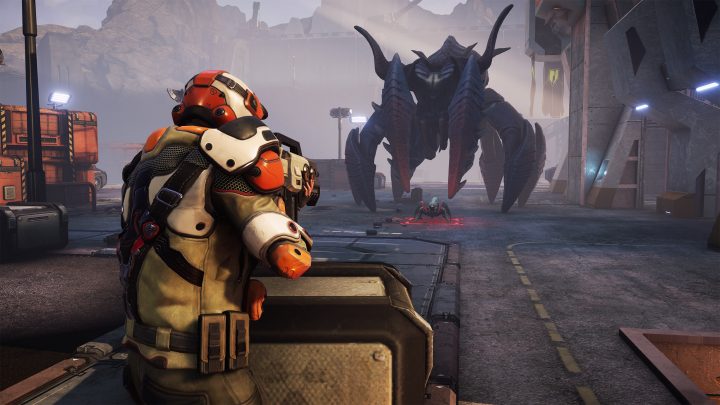 Given the cosmetic similarities, some players may be tempted to dive right in to the game and get started.  However, such haste can lead vital information being missed, such as how this game operates and the different abilities of each unit class.

In some ways, Phoenix Point is similar to Chess.  The core of the game takes place in an isometric battlespace, where the player orders their soldiers around the battlefield in a series of turns to achieve their objectives, whilst also protecting their units from the enemy.  This can be harder than it sounds, as the enemy frequently outnumbers the player and can be better equipped.

When a player’s soldiers are given orders to fire, the view changes to an over-the-shoulder perspective, offering a soldier’s view of the target.  Unlike the XCOM games, the difficulty to hit is not given as percentage, but as a series of concentric circles showing the likely spread of fire.  It is therefore up to the player’s instincts to determine whether the shot is worth taking.  This can be initially off-putting for players used to XCOM providing more specific information.  But it puts the player more in control, as they are responsible for making the judgement call.

One of the key differences is that a unit does not automatically end their turn after making an attack, as they are still able to move if they have sufficient action points left.  Also, there is more than one enemy faction: players have to engage with three separate independent factions, each with conflicting objectives.  It is entirely possible to make an enemy of at least one of those factions, leaving the player facing two hostile enemy forces. 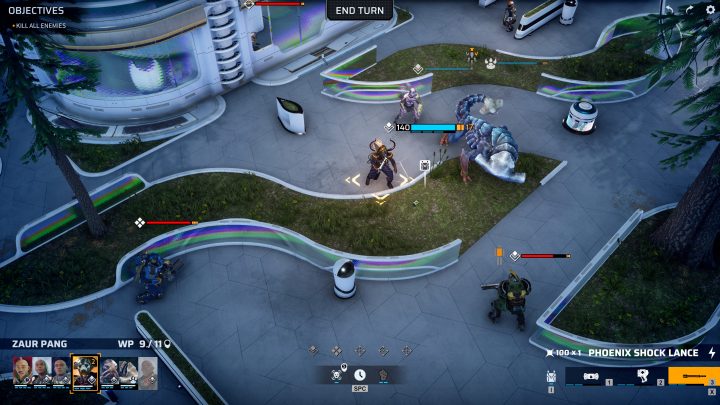 Another major difference is that each unit how has a willpower rating alongside their health.  Just as health diminishes during combat missions, willpower is a finite resource for each unit that can be spent to activate special abilities, such as overwatch (firing during the enemy’s turn).  It is also used to resist the effects of mind control or becoming panicked.

However, it is not just in the battlefield that players will be focussing their attention, as they also need to pay attention to the Geoscape.  Here, like in XCOM, players need to assign research, manufacture equipment, manage relations with the other factions and choose which missions to do next.  Unlike the turn-based battlescape, this is in (pausable) real time.  Players can also assign their soldiers new skills between missions, as they gain experience and unlock new abilities, as well as increasing their statistics.

Players may be surprised to find that the Pandorans and other factions do not idly sit by and wait for the player to make an action.  Instead, they have their own agenda, and the Pandoran’s area of operations – indicated as an encroaching mist in the Geoscape – expands across the world. 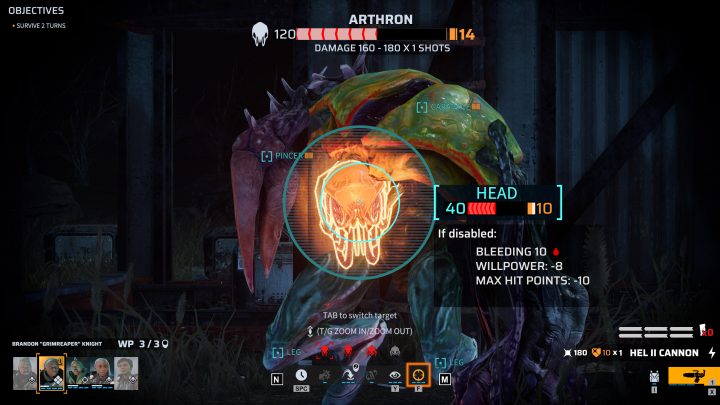 The Pandorans are continually evolving in response to the player’s tactics.  For example, the crab-like Arthrons can develop a shell-like shield that they can deploy to resist oncoming fire.

Phoenix Point is a challenging game, and it can take a few false starts before players are fully prepared for tackling this game.  However, restarting Phoenix Point is not as frustrating as it could be.  Whilst the core story structure remains the same, the inherently changing nature of the game means that no two games start the same.

If I have one criticism of the game, then it would be that the difficulty curve is more akin to a series of hills, rather than a gradual curve.  Unprepared players will encounter sudden spikes in difficulty, potentially necessitating starting the game afresh, which could be off-putting.

Overall, Phoenix Point is another excellent game by the master of turn-based tactical squad combat.  It will be a must for any fans of the XCOM series, whilst still being sufficiently different to not feel derivative of what has come before.

Load more
Phoenix PointIt would be fair to say that Julian Gollop invented turn-based tactical squad-combat computer games, when he released Rebelstar Raiders on the Spectrum in 1984.  From there, he created Laser Squad and later UFO: Enemy Unknown (also known as X-COM) and its sequels.  Each...