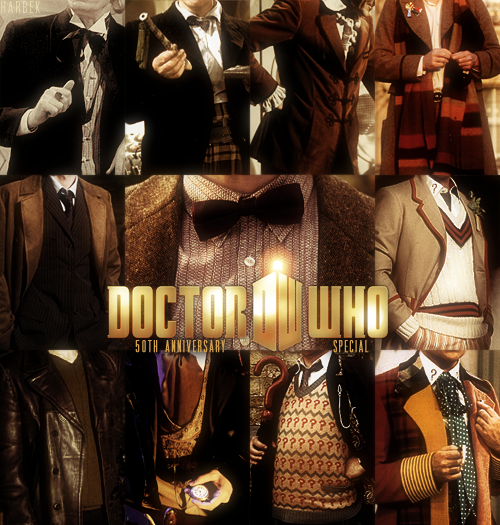 As I am sure you are aware this year celebrates 50 glorious years of Doctor Who which has whovians like myself very excited. Penguin publishing are joining in with the celebrations by publishing 11 short stories or e-shorts, each one involving one of the eleven Doctors. The series begins with a story featuring the first Doctor which will be released on the 23rd of January with the final one featuring 11th Doctor released to coincide with the anniversary, the 23rd November 2013.

Produced in partnership with BBC Worldwide each story will be written by “exciting names” in children’s fiction with the announcement of each author to be published via the Doctor Who Facebook page and Youtube channel on the first Monday of the publication month. The shorts will be available as e-books for £1.99 and published in paperback as a collection for £7.99 on the 23rd of November 2013.

[quote]Penguin Children’s has been the proud home of children’s Doctor Who publishing for eight years and to be part of the 50th anniversary is incredibly exciting. We are delighted to have eleven sensational children’s authors involved in the series, all bringing an individual style, imagination and interpretation to their eshort tribute to The Doctor. This is a who’s who of children’s fiction coming together to celebrate the much-loved Doctor Who.[/quote]