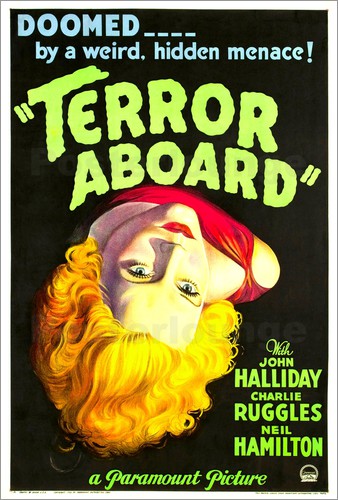 Like last week I wanted to write about a film which could be considered an early forerunner of the Slasher. I wanted to do that, but unfortunately I can’t do so. The reason? I can’t find it anywhere.

This is decidedly inconvenient. Not only do I have a Saturday deadline to meet with a film that I cannot review, but from everything I’ve heard this is actually a genuine gem of a movie too. I came across it by pure chance, discussing the Slasher genre with some friends of mine, I told them that I was looking for a film which could be called the very first slasher. One of my buddies turned to me and told me that I had to see Terror Aboard, a horror/thriller from 1933 which he assured me was one of the most chilling pictures he had ever seen. As is so often the case with that kind of recommendation, unfortunately, he had no copy to give me. He had seen it once while on holiday in America, and the experience seems to have stuck with him… 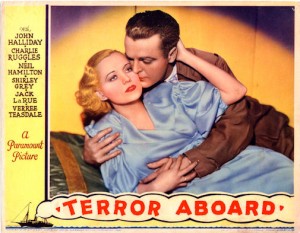 So what do we know about this film, without seeing it? The story starts off with a ship sailing aimlessly, Beau-Geste-style, through terrific fog, before coming into contact with a second, smaller vessel. The crew of the smaller boat send a man aboard the larger liner to investigate, and lose contact with him. Climbing aboard themselves, they soon discover his murdered body alongside those of many of the yacht’s passengers.

I have ascertained through my research that the film then delves into a flashback, detailing the events on board the luxury yacht right up until the moment that the smaller ship encounters it. In this sense this film, like last week’s featured flick Thirteen Women, fits very keenly into the ethos of 1930s Hollywood. Flashbacks were so often utilized in thrillers, horrors and suspense movies that in 1933 alone there were several films whose plots revolved around it, such as The Power and the Glory, Mr Broadway and Suspicious Mothers. From what I can gather, there is a brilliant plot development during the flashback sequence of Terror Aboard that is highly rated as one of the best catalysts for cinematic mayhem ever pulled off.

Then of course there is the matter of how this movie can be connected to the Slasher genre. Why by bloody murder of course! It seems the way the unfortunate victims aboard the yacht meet their ends are quite inventive, and tremendously dark. All manner of weapons appear to be utilized, and just as in Halloween forty-five years later, the results are gradually discovered by frightened innocents investigating the chaos.

I believe this is an intriguing slice of old Hollywood, and from what I have learned about it I can definitely see why it has been referred to in certain publications and discussions as perhaps the first slasher film. I’m just disappointed that I was not able to confirm this for you.

Tell you what, let’s you and I make a deal. You go and seek this film out for yourself, and let me know if you think it’s the first slasher. I shall do likewise, and if it turns out that is, then I shall be revisiting this picture in a later installment of Slasher Saturdays!

But never fear. Next week will be even better… 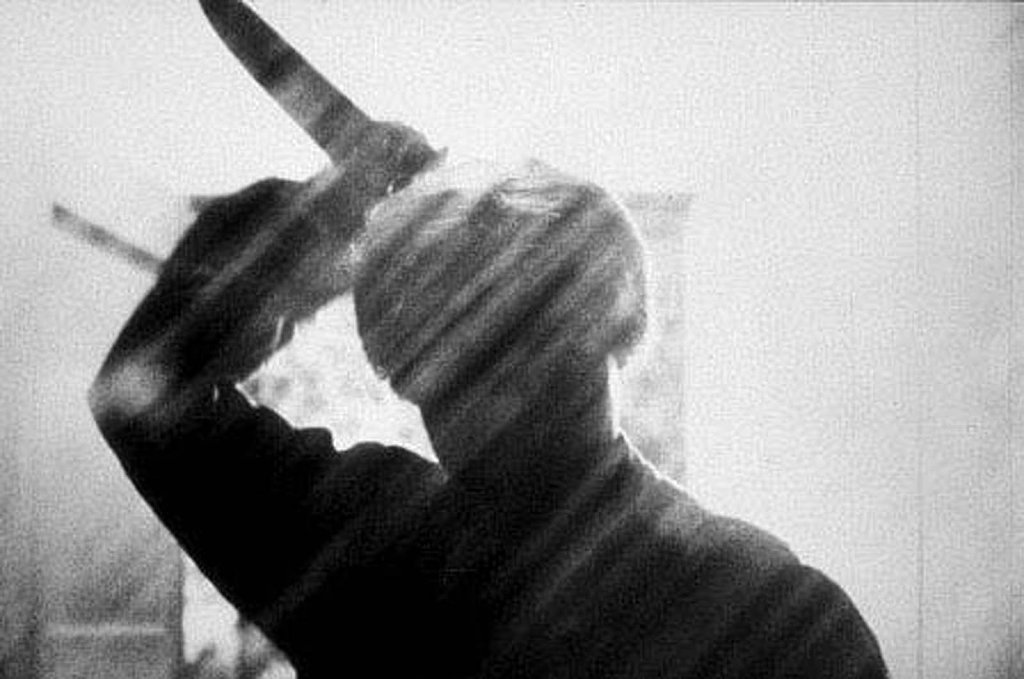