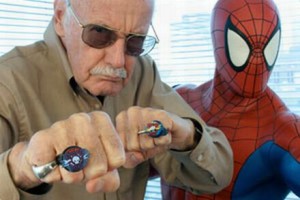 Stan Lee Media, Inc. has filed for damages against Disney stating that they have never owned the copyright to many of the Marvel characters we have witnessed on the silver screen. It would seem that SLMI want their billion dollar slice of the pie these franchises have earned for Disney. Interestingly they also want their alleged share of the profit from the Broadway show Spiderman: Turn Off the Dark (2011) and full control of the Stan Lee created characters. The complaint claims:

[quote]Spider Man, Iron Man, The Incredible Hulk, Thor, The X-Men, The Fantastic Four, and most of The Avengers are among the best known comic book characters of all time and all were created by the comic book genius Stan Lee. Motion pictures starring these characters released within the past three (3) years have generated box office receipts in excess of $3 billion. Defendant The Walt Disney Company has represented to the public that it, in fact, owns the copyright to these characters as well as to hundreds of other characters created by Stan Lee. Those representations made to the public by The Walt Disney Company are false. The true facts are that Stan Lee Media, Inc. owns the copyrights to Stan Lee’s creations. Accordingly, Plaintiff Stan Lee Media, Inc. is entitled to the billions of dollars of profits that have been kept by Defendant Disney.[/quote]

Only time and some heavy duty legal proceedings will tell if they will be successful, however we will endeavour to keep you updated. In the meantime you can read the full legal document here.