So it has been over two months since DHD burned his miniatures, and nearly a month since my scything response to his actions.  During that time plenty of people have stepped forward, made their comments/points known to myself, some have flammed, some have been supportive; most people agreed he was an idiot.  So as a quick recap, why did this dude burn his minatures?  He didn’t get the game he had waited for, so burnt his minatures in protest.  Sort of the same as burning your wages because you didn’t get a promotion, or binning your food because it was too expensive at Marks & Spencers.  Toys.  Pram.  Thrown.  Anyhow, I am not here to mock this guy anymore, the internet has done that for me, I am here to make some truths known.

Let me start with “Forging the Narrative”, something which is currently essential in the Games Workshop ethos, but why I hear you cry.  Fairness, sportsmanship and enjoyment.  I’ll repeat this for those of you that see rules, and instantly try to break them, not for development purposes, but for victory.  Fairness, sportsmanship and enjoyment.  Hurts doesn’t it, when you can’t put a hundred points of wargear on a General and have an unbeatable unit.  Aww, can’t get your own way?  Can’t table your opponent by turn two?  Tough shit; at the end of the day no one liked spending longer setting up than it took to lose a game.  Granted there are players out there that didn’t play like that, but sadly the large majority did play exactly like this.  On too many beginners days I watched “New players” come with printed lists, armies purchased the day previous and proceed to teabag their opponent, who as a side note, never returned.  The community wanted change, they got change.  The people who didn’t like the change were those who have abused it so badly for too long, too long.

This is a story that forged a narrative, just in case your confused…

So the new rule set is a different set of rules altogether; some hate it, some love it, most can use it and deal with it.  It isn’t designed to be WHFB 9th Ed; people need to get over this, and quickly.  The ruleset was brought out to support the MAJORITY of people wanting to play fantasy, the people who didn’t want to play it because they could never break into it.  Look at it like this; you want to play WH40k, you pick an army and you see the synergy pretty much within the first few games.  Close Combat, Ranged, Armour, Combination of types; it is there for all to see, no issue, no stress.  You buy an army and you learn.  Warhammer never had that, you either relied on forums to copy and paste army lists, a staff member to tell you what worked and what needed to be avoided at all costs, or you faced months of struggle & expendiature trying to find out what did and didn’t work.  Why would you ever play a game like that; where your first few months are just plain losses to people who don’t want to help you develop, but just want to win!?  I look back now and wonder how Warhammer survived for so long with the community it had.

Building an army for Warhammer Fantasy used to look like this: What’s broken; add.  What isn’t totally broken, but murders tons of shit; add.  What works; add.  What doesn’t work; leave out.  Done.  No narrative, no creativity or character to an army other than the actual, manufactured army theme.  Building an armour for Age of Sigmar, well, lets have a look.  Oh I can add various units from various armies; cool theme.  Not broken; cool theme.  What people are struggling to get their head around is how to build a “Balanced” army; YOU DON’T!  You SPEAK (I know most gamers may not get this, but its something that happens) to your opponent.  You ask them what they are fielding, and you “Balance” the game out.  It isn’t a matter of “Put down everything I own even if you just have a single unit” style game.  The POINT of Forging the Narrative is sort of like roleplaying; except you are both the Gamesmaters writing your own story.  It is about having fun, and fun is something that hasn’t been associated in social Warhammer play for years. 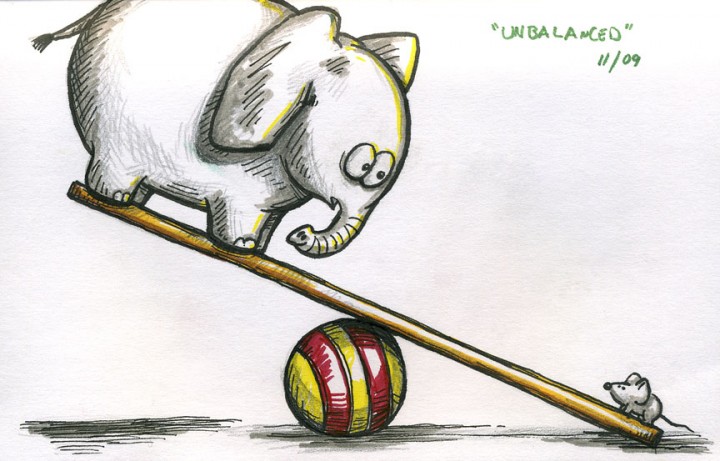 Not gaming, but proves a point.

Yes some of the rules don’t make sense; firing into close combat is a prime example, it doesn’t exist in any game Games Workshop currently produces (well except the Hobbit, but you run the risk of hitting your own guys), but so what.  This is what game evolution looks like, who knows what rules changes are around the corner!  Errata’s may modify the rule set, change how shooting works, clarify certain specifications.  We just don’t know, but a ruleset isn’t the make or break of a game, if we are honest.  Sometimes theme and setting can be enough to win people over, and to be fair the ruleset isn’t totally crap.  It works, and works well.  In my play testing of the ruleset so far, I absolutely love it.  Gives us a smooth, flowing game with no hiccups, good rules (apart from the errant few; please, like 40k is flawless rules wise) and a great story.  The story is, as per usual, massively above par for gaming standards, and that is something that Games Workshop is proud of.  Before the naysayers vocally whine like a lost lamb, about “Interlectual Property”; please.  No game in todays world has a bloody absolutely unique, one of a kind background stories.  Back up and check your fictional history because you start trying to swing that “Hammer of Knowledge”.  I’ll defeat you with my “Shield of Intelligence” wearing my “Armour of Reading”, whilst smashing your teeth in with my “Mace of Fu”.

Honestly, since I have played it, read about it and checked it out, more people have been talking about Age of Sigmar than spoke about Warhammer Fantasy.  It was the ruleset the community needed, something that people could gain access to with simplicity and without having to commit to being tabled for months before actually just raging out and “Forum Warrioring” an army list to victory.  Yes, you lost a great “Strategy Battle” wargame, but you gained something that can now be played by a wider audience, increasing the number of opponents, and thus the quantity of the games.  What it is now down to, is explaining what “Forging the Narrative” means, as the old Neck-Beards are tabling people at AoS, by just fielding more units; NO!  STOP!  DIE!  Do not pass go, do not collect $200.  Drive your car, with your Top Hat on, off the cliff; leave the dog.  We need to be a community that gets behind this, that supports the game.  It has given us a system that we can all access, that isn’t open to depressing abuse and can help us grow the community around a fantasy setting. 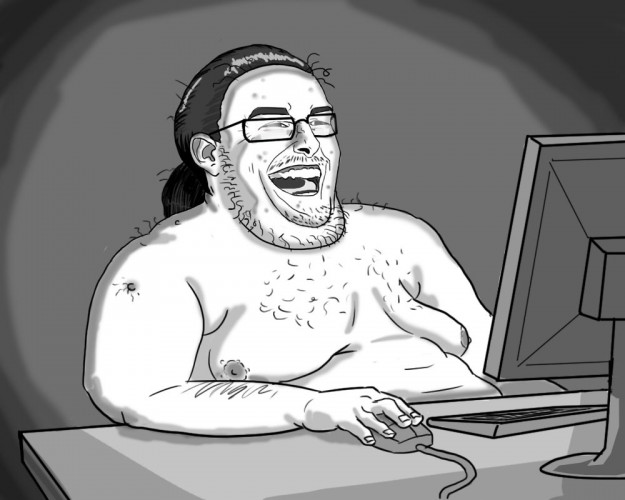 What I am saying is, please just enjoy the game.  Don’t sing the end of times, don’t cry into your pillow because you can’t table people anymore.  Remove the inner rage, actually learn to enjoy the games for what they are; fun.  Fun is something that has been lacking, massively, for the past ten years in Warhammer Fantasy.  Lets not ruin it now.

Been a gamer since my Dad and I built our first PC back in the mid-nineties, still a dedicated PC gamer. However in the early noughties I got into Wargaming and, again, never looked back. I keep my hand in both PC gaming and table-top gaming as much as I can.
More Goodness
Age of SigmarAoSblog