previous
A Real Zombie Experience - The answer to infection is here!
random
next
Dust and Sand - Chapter 13 - By Sean P. Wallace

I’ve recently become a desktop PC owner for the first time in about ten years and, as I expect all men reaching their thirties do, developed a desire to relive my gaming teens.  Visiting my local gaming establishments, of which there are painfully few (never mind Game, what happened to Electronics Boutique?), I was shocked to find that the current PC game market has become somewhat polarised; big budget console-esque shooters and iOS puzzle games sit fat and bloated on either of the spectrum leaving little in the middle for PC gamers to call their own.  Not that I’m against these genres, I’ve flicked avian malcontents and pwned n00bz with the best of them, but I remember spending glorious hours exploring Faerun and Vault City, the shifting city of Sigil and the Los Angeles Boneyard, all rendered in seemingly long-forgotten isometric magnificence.

It was with joy then that I discovered that Obsidian Entertainment (the guys behind Fallout: New Vegas and Star Wars: Knights of the Old Republic among others) have started a project on Kickstarter to develop a brand new isometric party-based RPG set in a new fantasy world. Like everything on Kickstarter it will probably be released when your great-grandson graduates from space-university, but if you’re anything like me, you’ll agree that this kind of thing needs to be encouraged.

With this in mind and to celebrate the hopeful resurgence of this long-neglected genre, here are our top five isometric role-playing games: 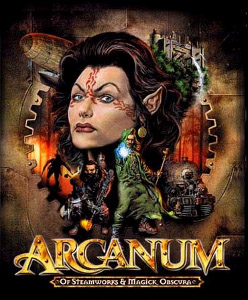 5. Arcanum: Of Steamworks and Magic Obscura

Ever wish you could take a shotgun to the elf who just tried to flambé you with a fireball spell? Or even disrupt a nest of orcs with a Molotov cocktail you put together with stuff you found lying about in rubbish bins? If so, Arcanum is the game for you. A bit ropey when it first hit shop shelves in 2001, it has been patched up nicely and remains one of the best steampunk RPGs money can buy.

What really sets this game apart is the unique blend of science and sorcery the player can call upon to solve quests and defeat evil, a blend that is wonderfully realised in a fantastic setting which mixes these elements into a imaginative and believable story. Add to that a superbly atmospheric soundtrack and one of the most interesting character creation systems I’ve seen and you have one of the main reasons I was single into my twenties. 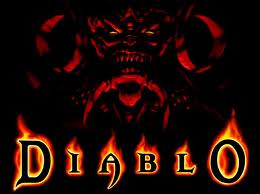 The Diablo series is probably one of the most popular in the isometric RPG genre with Blizzard recently setting the new all-time record for fastest-selling PC game when they dropped the third instalment on unwary gamers after a 12 year hiatus. As RPGs go, Diablo has always been the “Halo” of the genre, beloved by hack’n’slashers for its opportunity to rack up an impressive bodycount before starting their homework, but bemoaned by hardcore roleplayers as, despite sixteen levels of dungeon and then a Hell dimension, it still lacks any depth.

For click-click-click-die-die-die action, it’s pretty unbeatable, but for newcomers we recommend the second instalment, Diablo II, preferably with the awesome expansion, Lord of Destruction. 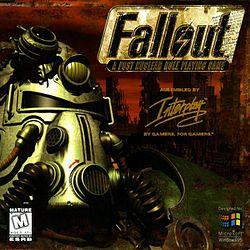 Forget Fallout 3, forget New Vegas, for my money the original isometric entries into the Fallout series are the greatest RPGs of all time. Please note that these views may not represent those of my overlords at here Geek Pride but I’ll go three rounds with any man jack who claims otherwise. Yes, better than Oblivion. I know.

The first Fallout game is a fantastic post-apocalyptic role-playing experience, but the guys at developers  Black Isle raised the genre to an art form when in 1998 they released the sequel, Fallout 2. The story, epic. The combat, turn-based delight. The sound, graphics, voice acting, superb. Every weapon (of which there were a enough to excite even the most well-stocked of North American isolationists) had a description, a history, every banal object a story. Excitement and humour can be found with every new stone unturned (sometimes literally) and at close to 40 hours of gameplay you get all the post-apocalyptic bang for your buck you could possibly want. Now this is one of the big ones. In 1998, at a time when a lot of Dungeons & Dragoners were considering hanging up their +3 Boots of Roleplaying, Interplay released Baldur’s Gate. From the developers who would go on to create the Mass Effect and Dragon Age franchises, Baldur’s Gate (and later Baldur’s Gate II: Shadows of Amn) showed the world how role-playing was done.

Displaying deep levels of customisation, both in character creation and later in-game, players never felt like they were just actors in a prewritten tale; this was their story unfolding, their choices that changed the world around them and the people they met. Speaking of people, I’m not sure if it speaks of some deeper psychological issues but I still remember mage/thief Imoen as a lost acquaintance and, dare I say it, friend.

Story, drama, combat, it’s all there if you can tolerate the pointy ears. 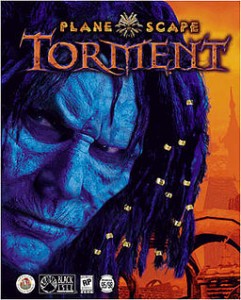 Thirteen years later and this game will still crack top five on most PC gamers’ Greatest Ever RPG list. At least those gamers  over twenty. Otherwise it’s probably Modern Warfare 2 (“it has levelling!”) or something.

Planescape Torment, for those unlucky few who have not sampled it’s unique flavour, is probably one of the best weird games you’ll ever play. It’s difficult to really explain its appeal so I’ll try and break it down into short sentences. Your best mate is a floating skull. Your own severed arm is an effective weapon. It’s set in a city located atop an infinitely tall spire at the centre of the multiverse.

In terms of story, this game sits on the other side of the see-saw from Diablo. Where Diablo provides long periods of hack’n’slash tied loosely together with plot, Planescape is like reading an engrossing, emotionally written thesis on what it means to be human, with the occasional bit of combat between you and the next chapter. In a genre where too often we have to choose between style or substance, it is a rare and wonderful thing to find a game that so eloquently marries the two. Buy it or I’ll be putting my own severed arm to violent purpose.

Trapped in the past, Ben Fee finds himself leaping from life to life, putting things right that once went wrong, and hoping each time that his next leap will be the leap home..........
You might also like
Baldurs gateben feeblog