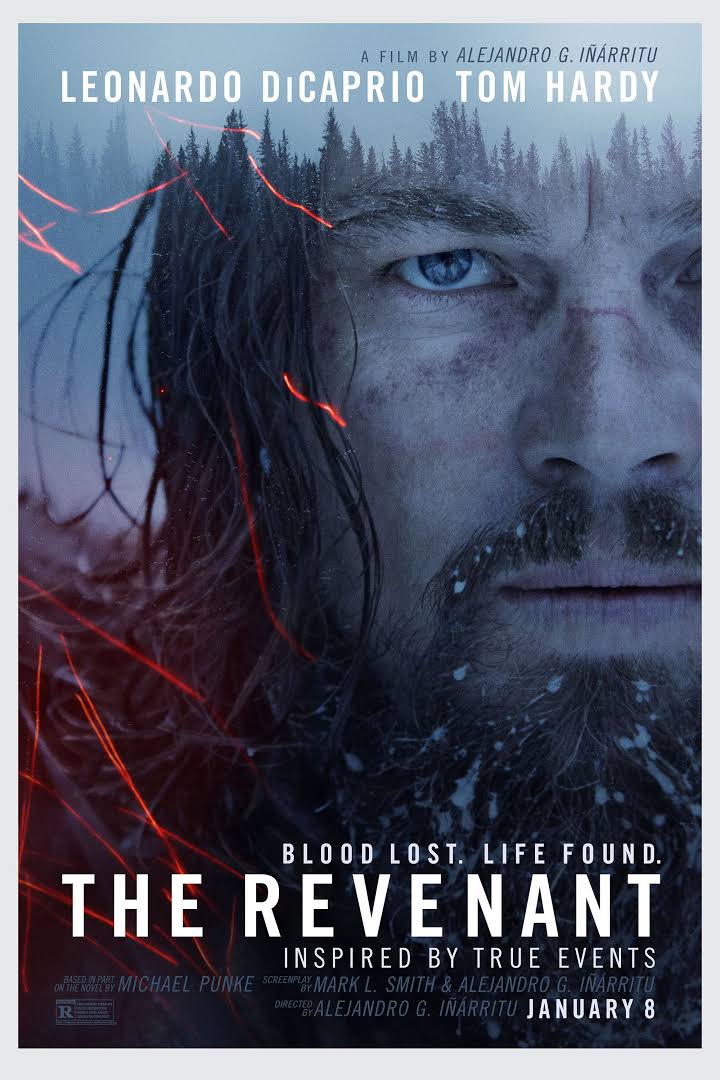 The Revenant is a gorgeous film. Anything going up against it in the cinematography category at the Oscars is going to have some tough competition. This is a film that could easily populate a gallery with its stills and I give about as much credit as is possible to give to cinematographer Emmanuel Lubezki for his work on this film. If ever there was any doubt that cinema firmly belongs in the spectrum of art, the landscape shots in this film alone would be enough to dispel it. It’s actually so prominent, these moments of jaw dropping beauty, that if one were to take a drink for every time you get a beautiful scenery shot, I’m pretty sure you’d be gone within the first half hour alone. The stories that emerged prior to the film’s release of the hardships of making it, of the bitter weather that permeated the filming locations, these stories are no doubt true. You can practically feel the chill at moments, as the characters walk and ride and crawl their way through the snow. But, for all the struggle, the suffering, one truth is clear. Nature may be cruel, may be brutal at times, but my word is it awe inspiring.

Expertly guiding these shots, is the man of the moment, director Alejandro González Iñárritu. After the technical, timing obsessive Birdman, you’d have forgiven him for taking some time off or, at the very least, taking on a project that was somewhat more relaxed. The Revenant is definitely not that relaxed project and you have to respect that determination. Especially as its a determination that is matched by a technical skill that not many directors can match. The way that we move throughout the scenes is, at times, absurdly bold in its inventiveness. One of the opening scenes, in which a Native American war party attacks the camp of the trappers. has attracted a lot of well earned praise for the way in which it glides the camera between participants, seamlessly transitioning between perspectives. As a display of directorial prowess, the film is right up there with Birdman. The entirety of The Revenant could well be seen as a thesis on the technical skill of its director and, as a piece of cinematic creation, it certainly earns its praise. However, that same technical prowess is a double-edged sword, and the second edge is one that exists as the film’s underlying issue. 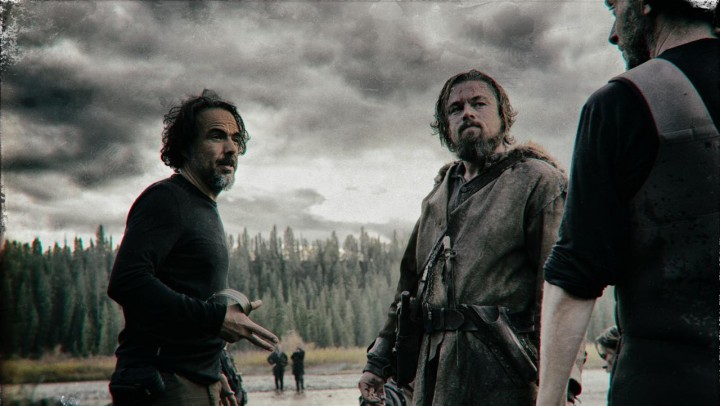 Before I get to that however, let’s address the subject of performance. Everyone in this is great. They just are. It tends to happen when you gather a group of strong actors and put them in the hands of an incredible director. Will Poulter was a particularly strange highlight for me. Considering that the last time I saw him was in We are the Millers, it’s impressive to see him do such solid dramatic work. In somewhat similarly secondary roles, Domhnall Gleeson and Forrest Goodluck manage to bring a lot of emotion to characters that serve. for the most part, more as driving forces than fully fleshed out individuals. The focus though, is obviously on leading men Tom Hardy and, particularly, Leonardo DiCaprio. First thing’s first, Hardy continues to deliver in roles in which understanding him is… difficult let’s say. Bow before the king of mumblecore because there are few actors out there who can do so much with their eyes alone. You don’t really need to understand everything that Hardy says when he brings such a commanding physicality to his roles. He keeps it simple for this. His character, Fitzgerald, is a bastard. At one point he’s understandable, but he crosses a line. All you then need to know is in the coiled threat that Hardy manages to represent. The character was always going to be a villain. But Hardy takes him and makes him truly villainous.

And now, we must address the issue that always dogs a Leonardo DiCaprio performance. Will he win an Oscar for it? Quite possibly. Should he win an Oscar for it? I’m not so sure. It’s not that he’s bad, the man is one of the modern greats and he does as good work here as you would expect. But with maybe twenty lines total to work with, you’re not exactly getting him at the peak of flexing his acting muscles. What he does do is certainly impressive and he should be commended for the physicality of the performance alone, this is definitely not a role that you could describe as faint of heart. But if he wins the Best Actor for this, there’s part of me that would always feel it was more of an accolade for performances past, where he’s done better work, than to be truly for the work in this film alone. 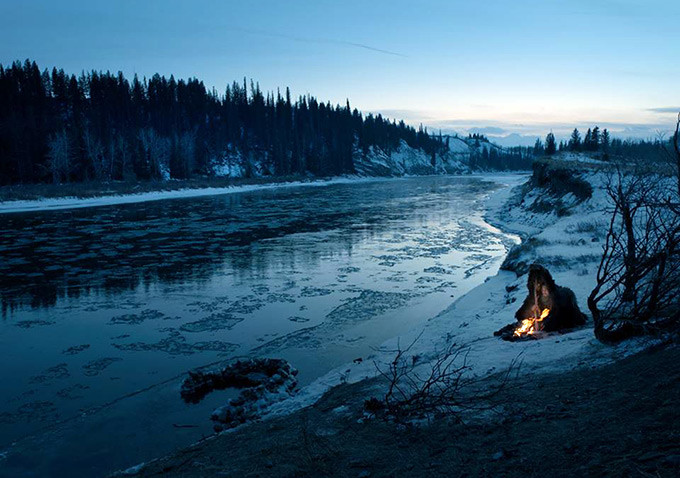 And within that, is the earlier mentioned issue I have with The Revenant. As a technical display, the film is stunning. The cinematography and the skill of Iñárritu shine through. But that’s kind of the downside as well as the pro. The film is almost three hours long and, for that run time, it doesn’t actually feel like you get a lot of narrative meat. There are certainly films that can carry off that run time but I don’t think this is one. In fact, if you cut out all of those landscape shots, you’d probably get a somewhat leaner film. Said shots are undoubtedly beautiful, and they do add a certain atmosphere (ably assisted by Ryuichi Sakamoto’s chillingly emotive score), but they don’t actually advance the film in any way other than to add time. There are certainly duller ways to spend time but, nevertheless, I find it hard to accept that the narrative of The Revenant justifies its run time. At the end of the day, it is a simple revenge story, combined with a man vs. nature survival story. The minimalism of these plots is not a downside, simple storytelling can often be stronger than anything overtly complex. The issue arises from the fact that within the run time of the film, these plots start to feel a little stretched, a little too thin on the ground. However amazingly that ground may be captured.

At the end of it all, is The Revenant a good film? Certainly. It’s worth seeing for the aesthetics alone. But, and it is perhaps my own fault for building it up in my head, it is not the revelatory experience that it could be taken to be from its press. In order to appreciate it, you must first learn to separate its components. What you get with this film is a work of cinema, one of art. In that form, it is practically a masterclass. As a work of story however, it stretches what is has in order to service its other elements. This is a film of bleak and stunning vision, but the heart at the centre of it beats irregularly.