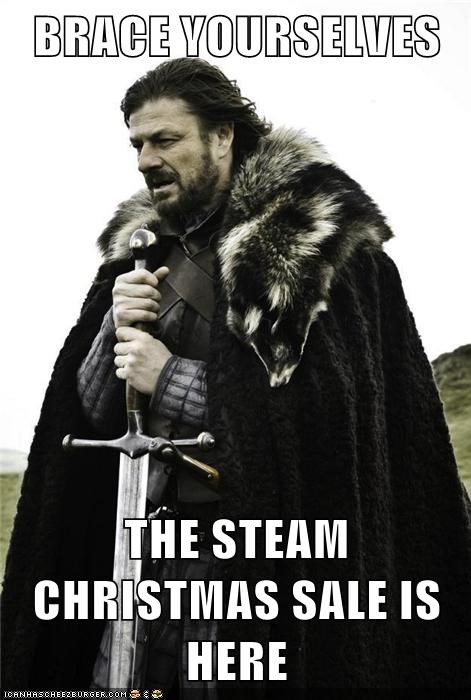 For those gamers out there who wanted to save money for Christmas, Steam has other ideas. It started on the 27th November and will be going until the 3rd December great games such as Skyrim, The Walking Dead and Sleeping Dogs are being sold for £5.24 at most. However you’ll need to act fast as these deals change every 24 hours. This doesn’t include flash deals that change every eight hours, at the time of writing this they include Evoland, Trials and The Cave all at reduced rates.

Skyrim: The next chapter in the highly anticipated Elder Scrolls saga arrives from the makers of the 2006 and 2008 Games of the Year, Bethesda Game Studios. Winner of IGN’s best PC game and best RPG of the year, this game is a steal at under £4

Sleeping Dogs: Set in an open world Hong Kong the player plays the protagonist Wei Shen as they try and balance good versus evil as an undercover cop infiltrating the Triad’s. Another great game with a sequel having been green-lighted for 2014.

The Walking Dead: Own all five episodes of Tell-Tale games award winning The Walking Dead for £5.24, the game that had a community of hardcore gamers in tears by the end. A game that will test your moral compass and give you the opportunity to see if you think the same as the masses.

Having already paid for Skyrim, Evoland and Prison Architect inside the first 24 hours it’s almost certain that this will be another great money spinner for Steam.