The Walking Dead’s Robert Kirkman Has Harsh Words For Marvel. 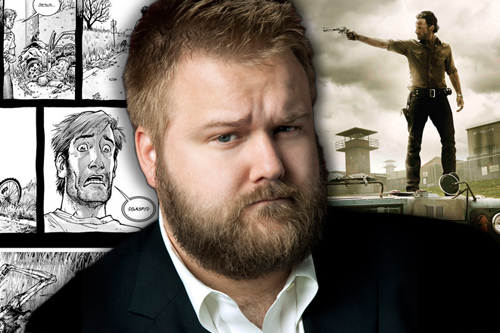 Robert Kirkman, co-creator of the smash hit comic The Walking Dead for Image comics and producer on the hit TV series based on the title, didn’t pull his punches at the recent Image Comics Expo when a fan asked whether there was any bad blood between himself and Marvel, his reponse was,

“I don’t have bad blood with Marvel per se, aside from the fact that I think they’re a poorly run company that is partially destroying the comic book industry”

Whilst Kirkman went on to state that he believes there’s a lot of good people working there he also stated he thought that the upper management were “extremely short-sighted” and this was having a negative impact on the comics industry as a whole. He also stated that Marvel’s fanbase which he includes himself among “is not going to be around for a hundred years.”. He then said his bluntness towards Marvel was a result of admiration for them and a hope that they could do better.

A follow up question of ‘”So the ‘Ant-Man’ movie isn’t going to be based on yours?

Kirkman is just one of numerous writers/artists that started out working on Marvel titles before joining Image and working on creator owned titles.

Andy Haigh started writing to counteract the brain atrophying effects of Retail Hell, now it's an addiction. Andy is an unrepentant sequential art absorbist and comics are one of his passions. Other interests include Film, Music, Science Fiction and Horror novels and quality TV like Game of Thrones. He can talk about these at great length if only someone would listen. He lives a somewhat hermit like life in The Shire, spends too much time on social media and is still waiting to go on an adventure.
You might also like
breakingImage ComicsMarvel