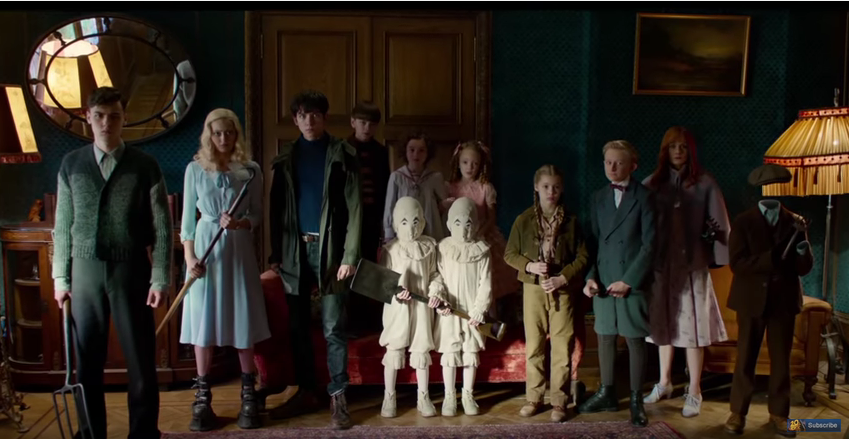 The first trailer for Miss Peregrine’s Home For Peculiar Children is here from acclaimed cult film director Tim Burton, the director of Beetlejuice, Edward Scissorhands and The Corpse Bride is a perfect fit for the film based on the best selling books by Ransom Riggs. The books tells the story of Jacob (Asa Butterfield) who stumbles upon a mysterious abandonned orphanage after a horrific tragedy befalls his family.

Fans of the book will however notice numerous changes just in the trailer, most notably the roles of Emma (Ella Purnell) and Olive (Lauren McCrostie),who has been aged up, have been switched along with Olive getting strange new powers. Another glaring change is Bronwyn (Pixie Davies) has been aged down and is now one of the youngest of the Peculiars rather than being one of the oldest and one of the most formidable which will have a major impact on the story as fans of the book will know.

Eva Green does seem to be great as Miss Peregrine though. No prizes for pointing out how this is essentially Tim Burton’s X-Men either.

Check out the trailer below and let us know what you think.