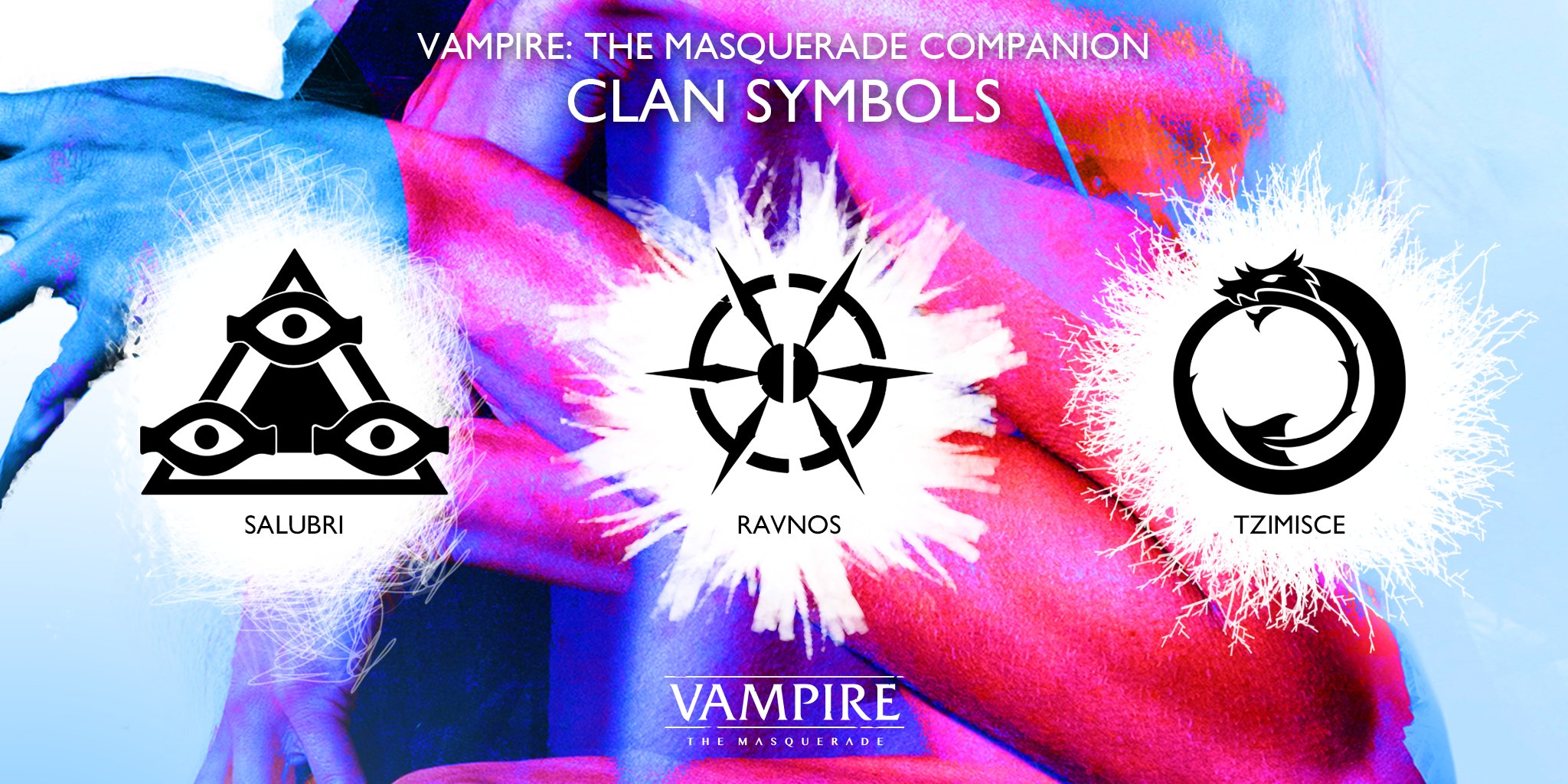 The first section of Vampire: The Masquerade – Companion introduces the final three, of the original thirteen, clans that had so far been missing in V5.  These are the trickster Ravnos, the redemptive Salubri and the possessive Tzimisce.

The thing to remember with V5 is that it is just as much a reboot as it is a new edition.  V5 has always been all about returning everything to the street level, as was the original edition of Vampire: The Masquerade.  Here, the character concepts are no longer continent hopping vampires, but street level creatures feeding on the edges of humanity. 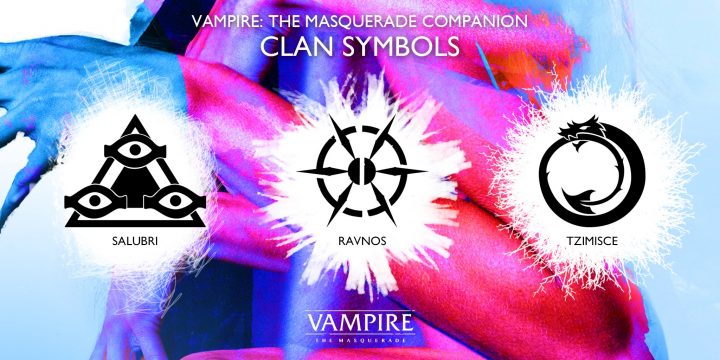 The Ravnos is the first of the clans to be introduced and is possibly one of the best representation of the clan so far.  Previous portrayals of clan Ravnos have been potted to say the least, but V5’s Companion returns to the core concept of tricksters.  Here, we are presented with Ravnos as they should be played; con artists and manipulators, that have parallels with Anansi and similar spirits.  References are made to previous events (as in the Week of Nightmares), but the focus is on what means to be a Ravnos.

Their bane is to be ‘Doomed’, which forces them to be always on the move.  Their previouus clan weakness, of always having a particular vice, has been replaced with being a daredevil and wanting to push their luck.  Whilst this ties in with their Doomed bane (“We may burn tomorrow, but tonight we are on fire,” is the quote used as justification), it could argued that this new bane does not fit the trickster archtype.

The core concept of the Salubri remains relatively unchanged.  They continue to have a third eye and the clan are still vilified.  However, the clan stereotypes for the Salubri has been updated with a more modern setting.

The Tzimisce remain the metaphorical posessive dragons that they once were, but they have also been brought kicking and screeching into the modern nights.  They have shifted from being anachronistic creatures, inhabiting crumbling castles, to landlords and gang leaders.  Again the clan has been updated whilst remaining true to the core concept of the original.

Just as the previous clans in V5 have had their unique disciplines replaced by more generic abilities, so too is the case here.  The Ravnos’s illusionary discipline of Chimestry is now an amalgamation of the Obfuscate and Prescence disciplines.  Likewise, the Tzimisce’s flesh crafting discipline of Vicissitude is now a part of in Protean discipine, whilst Salubri’s healing discipline of Obeah is now found in the Auspex discipline. 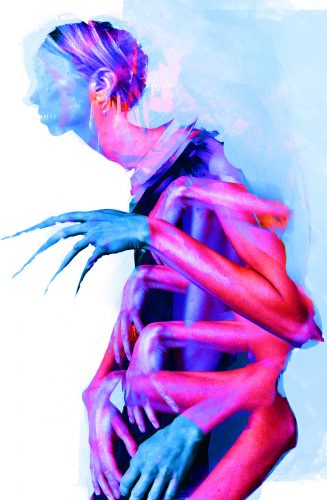 Each of the clan’s core abilities continue to be represented.  The Ravnos continue to cast illusions, Salubri heal and the Tzimisce can still take body modification to the extremes.  All that has changed is that the system and rules have been consolidated.  That said, whilst the Ravnos can only gain two Chimestrical abilities, the Tzimisce can have over double that number of abilities for the Vicissitude, which feels somewhat unbalanced.

What was surprising is that Ravnos lost the Fortitude discipline, to have it replaced with Presence.  Whilst the lack of any physical disciplines can make the clan seem vulnerable, giving a clan of tricksters the ability to control minds makes a lot of sense.

The second section explores each clan’s approach to coteries.  This includes explanations of why they would want to join them and what a coterie can gain from having someone of each clan.  This is an excellent section, which has not been seen for some time (if at all) and breaks down how each clan contributes to the group dynamics.  Alongside this are new type of character merits, called Clan Merits, which is a merit that benefits the coterie and not thet character, further reinforcing how the group can work together.

The third section covers rules for humans and ghouls in V5, and this is possibly the weakest section.  Where before entire books (both source books and core rulebooks like Hunter: The Reckoning) have been dedicated to the rules for humans in Vampire: The Masquerade, here the information is covered in a scant fifteen pages.  That is not to say that what we have is insufficient, but it seems somewhat shallow.  We are no closer to playing the Second Inquisition in the style of Ultraviolet, but there are now options for playing humans as a prelude to a chronicle, or ghouls alongside vampiric characters.

The final couple of pages are dedicated to errata, which clarifies and revises the rules for the rousing of blood, from how they were originally printed in the V5 core rulebook.  These errata will be corrected in the rulebook, but to have these here and now is useful and means that people do not need to necessarily download or repurchase a physical copy of the core rulebooks to gain the updated rules.

The artwork continues V5’s trend of excellence, but some of the photo manipulation artwork can be hit and miss.  The front cover and Tzimisce photos look amazing but the Salubri photo was not the best.  Far better are the illustrations, such as the excellent image of a Ravnos midnight courier and the utterly disturbing Tzimisce flesh-crafting.

Overall, Vampire: The Masquerade – Companion is an excellent addition to the V5 collection and can be downloaded completely free by registering with the World of Darkness website. 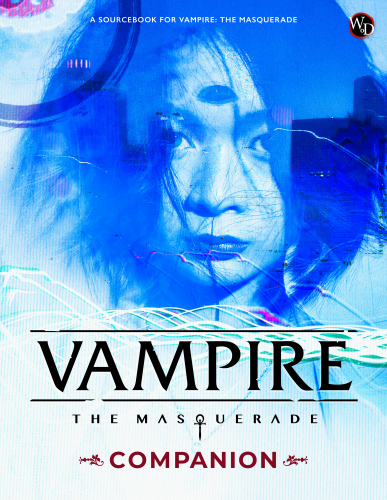