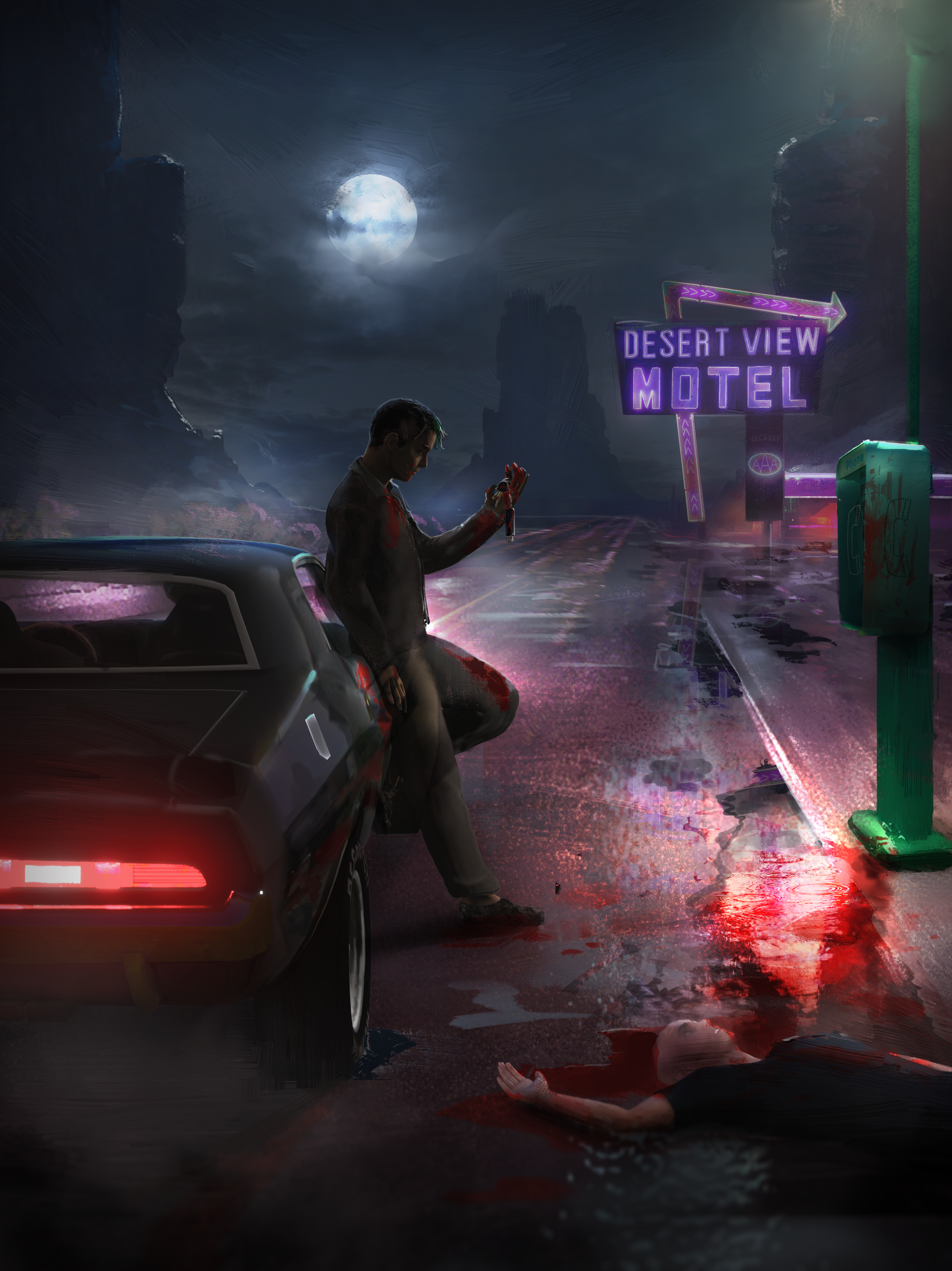 With the release of the fifth edition for the iconic roleplaying game of personal horror Vampire: The Masquerade (reviewed here), there have been many video games adaptations that have been released and announced.  Much of the focus has been, justifiably some might say, on the sequel to Bloodlines, but there have been many other games based within the legendary World of Darkness.

Coteries of New York is one such example, which transformed the Vampire: The Masquerade experience with an interactive narrative experience.  Night Road takes a step further, with a text-based adventure set firmly within the World of Darkness.  Here, players take on the role of a vampire working as a courier for the Camarilla, one of the three vampiric factions vying for control within in the setting.

Parallels could be drawn with the 80 Days, the smartphone adaptation of Around the World in 80 Days, which presented the story as a ‘Choose Your Own Adventure’ style animated text adventure.  However, Night Road builds upon the established format to create something both new and original.

Rather than creating a character at the start, like in traditional storytelling games, the character’s statistics are generated based on the decisions a player makes when determining their background. For example, a background in marine recon will be vastly different to that of an actor.  Similarly, the clan determines which of the starting disciplines are available.  This eventually creates a character sheet akin to what you would find in the tabletop version of the Vampire: The Masquerade roleplaying game.

One thing that does stand out in this text-heavy narrative game is that the writing in this is superb.  The language and narrative tone of the story is a pitch perfect reflection of Vampire: The Masquerade.  This is not just in the words and phrases that are used, but in the tone and emotion that the writing evokes.  The world in which Night Road is set is much like ours, except the shadows are longer and the darkness far deeper.

One of the core differences between Night Road and Coteries of New York and other such games is that there is no artwork or ambient music to accompany the story.  A focus on the narrative and storytelling experience, but the lack of any artwork or ambience can leave the experience feeling somewhat bland at times.

Night Road is currently available on Steam, as well as Android and iPhone, and in many ways it feels optimised for the smartphone platform.  The ‘Choose Your Own Adventure’ storytelling structure lends itself well to the style of play on the smartphone platform, where players can dip in and out of the story.  On Steam, reading a lot of text, can feel like work, especially if you already work from your home computer – which many of us are doing now.

Overall, Night Road a well written and presented horror adventure based on Vampire: The Masquerade.  Although the lack of images and ambient music can leave it feeling bland at times, this is still an excellent story to delve into and further explore the World of Darkness.