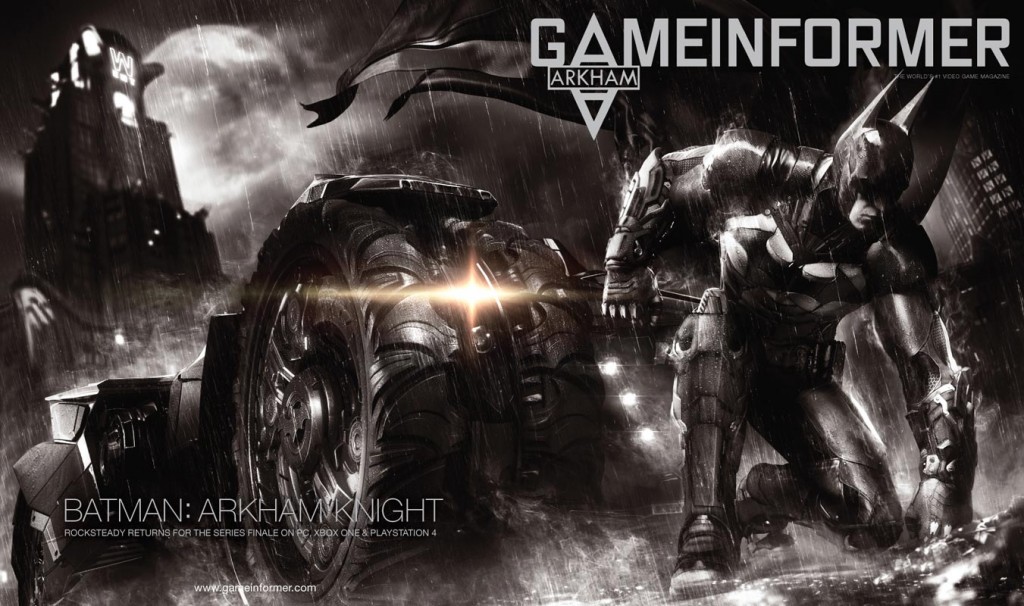 Game Informer revealed today that Batman: Arkham Knight will be coming to Xbox One, PS4, and PC later this year, following an apparent leak on UK retailer GAME’s website. The retail listing suggested that the game will serve as the ‘explosive finale’ to the Arkham series. This seems to be the case as Rocksteady’s Sefton Hill had the following to say:

“We kind of feel this is the natural end to the story. We really want to go out in style.”

Details are fairly limited at the moment, but it had been revealed that Arkham Knight will be taking place a year after the events of Arkham City, when Batman is ‘at the peak of his powers’ and will feature ‘all the super-villains teaming up to take him down’. Furthermore, in a first for the series, players will be able to drive the iconic Batmobile around the streets of Gotham City.

After the fairly lacklustre reception of Warner Bros. Games Montréal’s Arkham Origins, fans will undoubtedly be glad for the return of Rocksteady’s guiding hand over the series.

Check out the reveal trailer below and let us know what you think!