Dawn of War 3 is a game that has been a long time coming. With many Warhammer 40k and RTS  fans a like eagerly anticipating its launch; myself being both of these, more so than most.

Once again we take control of the Blood Ravens and their Chapter Master Gabriel Angelos, as he and his brothers search for an ancient Eldar Artefact…. exciting times.

The campaign is standard fare, for RTSs and basically a long tutorial on how to use different factions and their units. It doesn’t really have a huge impact and to be honest isn’t that challenging. Pushing you down predefined corridors and not really offering you more than to spam units and attack on mass. This, though, is just RTS campaigns in general and not something I can overly hold against this singular title.

The campaign does let you gain experience and ‘skulls’ to be used for upgrading your characters skills and gaming additional elites for your multiplayer matches though, so is useful to play, but as I said, don’t expect an overly challenging gameplay.

Where DOW 3 seems to have focused its attention is the multiplayer, with every game you play, campaign and multiplayer, gaining your characters XP and offering skills you can manage and equip to help you in the battle to come.

The issue is Multiplayer maps, despite there being Steam Workshop ones around now, are minimal, there only being 1 on release, and now maybe 3 or 3 per type of play 1v1, 2v2, 3v3. This can get old pretty fast and I’d like to have seen a few more to be honest; in its defence though this does let you get to know each map intricately and I guess for competitive play this is an advantage. 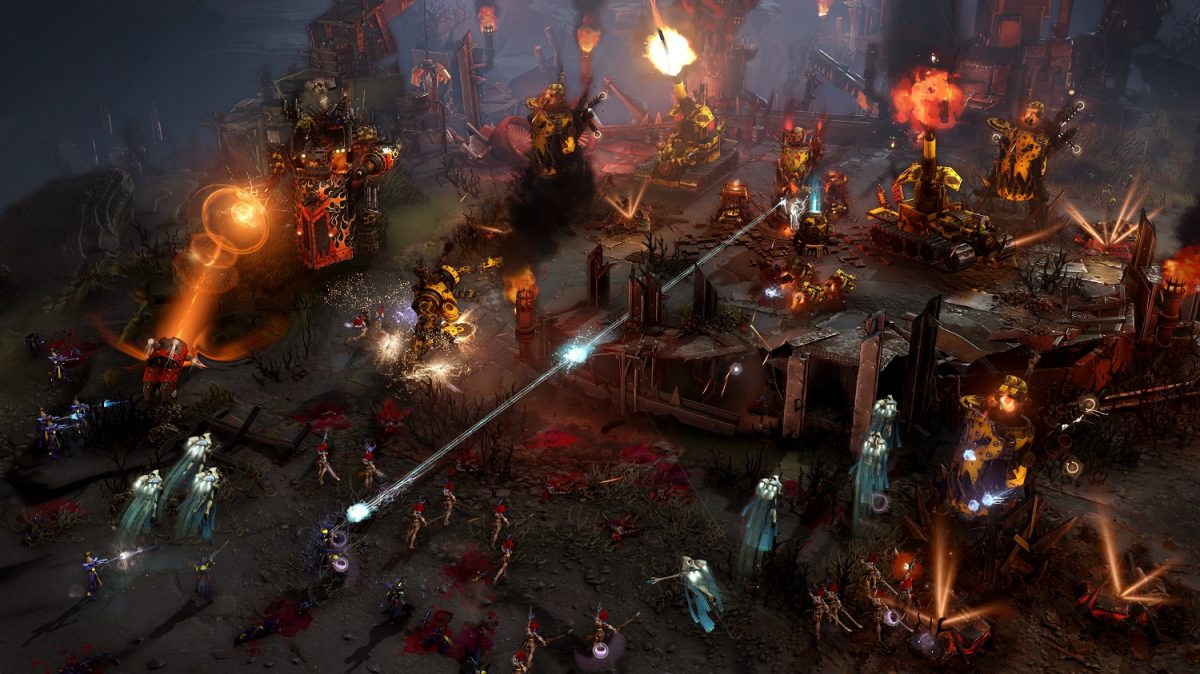 MP games can be quite intense, with skills and elites playing vital rolls to victory and defeat, forcing you to think carefully about when to commit to battle…. there is nothing more satisfying than dropping an Imperial knight down on top of you enemy’s base and watching the panic ensue.

On top of this the game is layered, and has stages. You having to destroy certain nodes, turrets and generators before finishing off the base, restricting the dreaded RTS tank rush somewhat and adding a level of tactical thought to matches.

This being said the feel of DOW3, to me at least, isn’t a Warhammer 40k. It’s an RTS highbred with League of Legends / DOTA and I’m not sure how I feel about that.

I can see why they have done it of course, those sorts of games are very competitive and I guess this would push them towards potential E-Sports territory but if you are a methodical RTS player who likes building bases, upgrading buildings and probing for weaknesses in the enemies lines; you won’t get that here.

For me, a Dawn of War game, or any similar RTS, is about base building, defending said base with turrets and defences, building up armies and launching huge attacks. DOW 3 isn’t that. It’s more fast paced , more fluid in a way, which isn’t a bad thing ( depending on how you want to play) and revolves around the use of your elites and a well times drop pod ( which I have to admit I love the idea of). 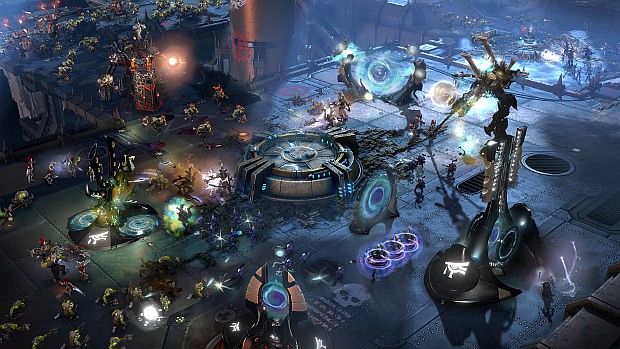 Additional minor gripes I’d like to mention before I leave you are:

The army painter… not overly inspiring to be honest, you can add a few colours, rename the chapter, add a emblem and that’s it; so seems like a bolt on to affirm it’s still a Warhammer game.

And the cover system, which seems to be irrelevant really, especially in multiplayer games. There are shielded strong points dotted around the maps but for a game based on another game, where cover is very important, it doesn’t really give you much ; which is a shame.

I am mindful that I have been quite down on this game, and it’s not because it’s a bad game persay, it’s just it’s. It a game that I expected, or to be honest wanted; so personal opinion overriding everything.

For new players use to games like DOTA and league of legends this game will work quite well for you and will be a challenge, with a mixture of resource, elite and micromanagement needed to prevail but for old RTS fans like me, who love nothing more than turtling, developing and then conquering after the enemy has broken off your walls, you are going to get it and will be a bit disappointing.

All in all, your view in this game will be defined by your view on RTS’s in general. If you like fast passed attack frets then DOW 3 will be right up your street, if you don’t then DOW 3 will fail to reach the light of the God Emperor and, as it seems from some comments and reviews, just be deemed heresy.