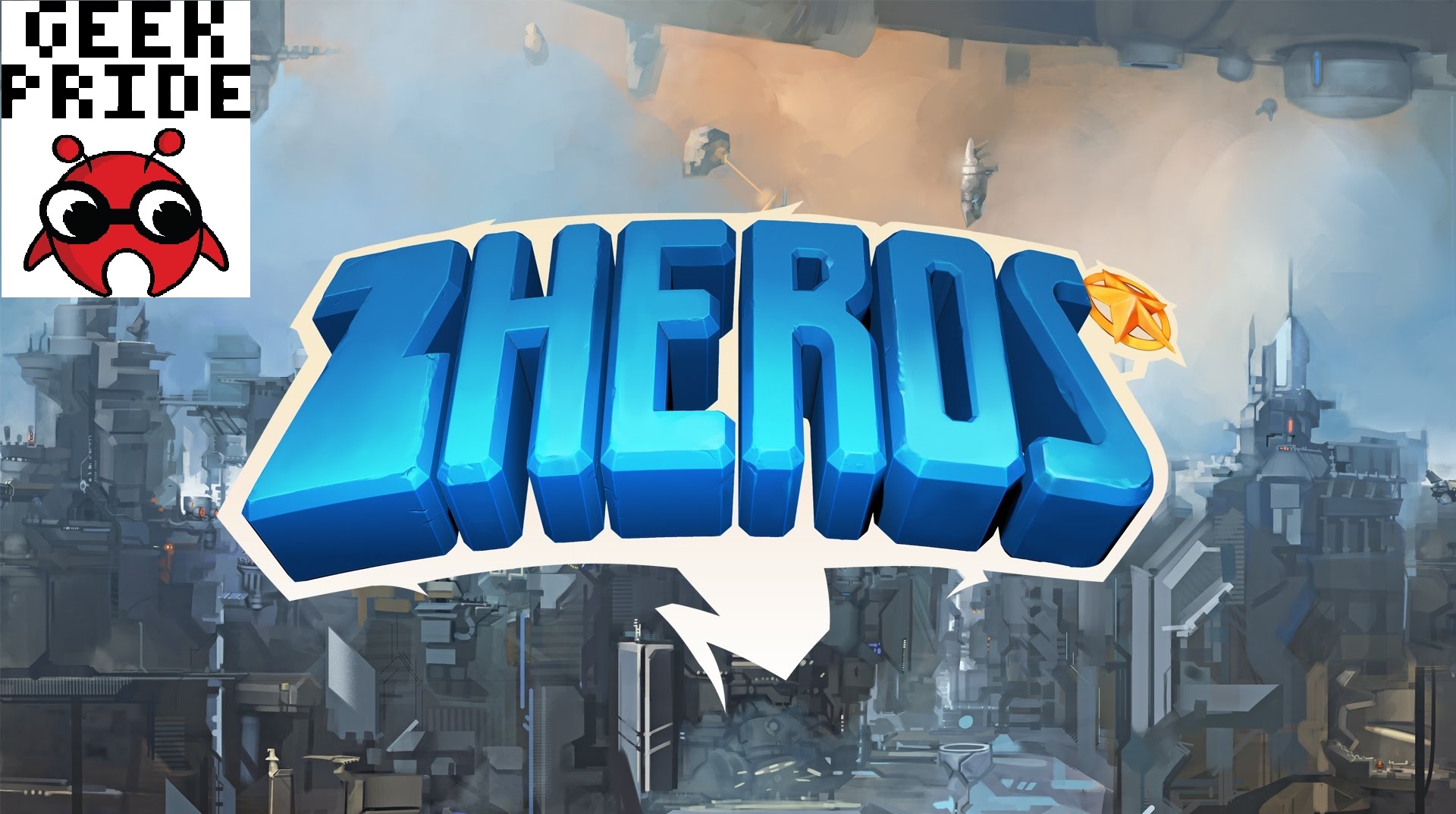 There are games that stimulate almost every one of your senses. These games are perfectly crafted experiences that may even change the very way you view the world around you or challenge your preconceptions about what video games are/can do for you. These are the pinnacle of their field or are quirky little indie numbers that resonate with you on a fundamentally personal level. Conversely, there are video games that are just bad. They are poorly designed, horrible playing flaming garbage piles that make you question what the hell kind of methamphetamine the designer was directly mainlining into his crusty eyeball when he spewed henceforth unto this earth such an awful, awful game. Zheros is a game slap bang in the middle of these two extremes.

I can certainly see the bar Zheros was aiming for. It was looking to be the next Borderlands—a cooky, crazy space adventure with a cast of characters that instantly ingratiated themselves to you, brim full of unlockables and fun for all you crazy kids to enjoy. It was trying to be irreverent and off-the-wall but unfortunately misses that mark in ways you can’t really come back from.  It’s like that new guy at work that cracks out the jokes that everyone’s heard from the same 4 comedians everyone’s watched and tried to pass it off as their own. You can see why he’s doing it- he just wants to be liked, and you probably just let him crack on unless it gets too cringey.

This is in no way a bad game. The controls are rock solid, the gameplay is, if not a little repetitive, fun to do. The story is fine enough (classic alien invasion style thing) and the characters animate well. The levels are satisfactory and the enemies are varied enough to not bore you to tears immediately. There isn’t any one thing I could point out that has made me angry, or sad, or happy, or… anything. I mean the how-did-this-escape-a-lawsuit Hulkbuster suits are cool to run around in, albeit the slightly jarring sounds it makes when you are doing said running around. The graphics are also pretty nice and I really like the solid colour choices. See? It’s not bad.

This is the main issue I have with Zheros. It’s not brilliant or terrible. It’s not fantastic or awful. It’s very middle road, with recycled animations, a “trendy” soundtrack, and a rather forgettable cast (apart from Mike, he’s awesome) the game doesn’t inspire a lot of feeling from me at all. It’s not the game I’d rush out and buy, but It’s not a game worthy of 600 words of vitriol. It’s a thing that exists. It’s a game you can buy with your money.

I am sold on the couch co-op aspect, though. This was a nice little touch that made the game a way more enjoyable experience. It’s a game that lets you grab a few beers, jump on with a mate, and smash a few levels of before you inevitably give into those feelings you’ve been having for George for a while and just give him the kiss you’ve been longing for. It’s a game you can switch off to while playing, so if that’s a selling point to you, go and have a go!

You can confess your longing feelings for Mike on twitter @The_Dark_Mike