Well, what can I say? Ubisoft know how to put on a good show. Following up from EA’s rather mediocre showing, Ubisoft’s conference was the first to have me truly excited this year. Aisha Taylor was on presenting duty again and was a delight to watch, making some particularly funny remarks and quips whilst showing a genuine interest in the games being shown. So far, E3 appears to be relatively cheese-free, which is always good news.

Ubisoft kicked off their conference with a clip of some of the early moments of Far Cry 4, and boy does it looks like they’ve done it again. Far Cry 3 was definitely the strongest of the series so far and it looks like FC4 will only build further on that legacy. From this clip alone, I’m already loving the antagonist, Pagan Min, self-appointed despotic ruler of Kyrat, who seems to be just as unhinged and insane as Vaas did in FC3. It’s strongly hinted that the protagonist is related to the uptight villain, which could make for a pretty interesting story. With FC3, Ubisoft Montreal proved their competence in creating unique and interesting characters and locations, let’s hope the magic returns when FC4 hits shelves on November 18th, 2014.

Changing things up, Jason Altman took to the stage to talk about Just Dance 2015 and Just Dance Now. The former is the latest iteration in the popular motion-control dance franchise, which will include a variety of new features, including the all-new Community Remix feature, which will allow players to record themselves dancing and have other players vote for their favourite dances to be made into remixed gameplay by the developers, bringing fan participation into the game in a major way. The game will feature more than 40 tracks, from a variety of genres, including the likes of Pharrell Williams, Aerosmith, and Ylvis – yes, you can dance to ‘The Fox’. 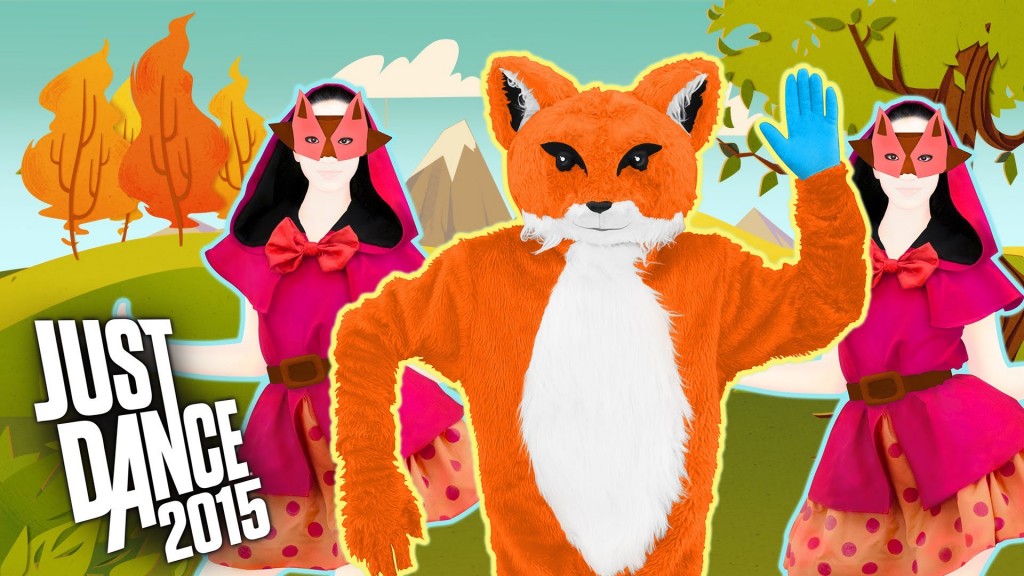 Just Dance Now, on the other hand, is a free mobile version of Just Dance that will supposedly enable phone users to dance away to their favourite tracks anywhere using their phone as a motion controller, at any time, so long as they have access to an internet-enabled screen. Apparently, an unlimited number of players can link up this way, as was demonstrated in the conference hall by a choreographed display of dancers jumping up around the room. I’m not sure how big a hit this will be, but it’s certainly innovative.

Following on with this motion-control focus, Ubisoft also debuted fitness game Shape Up, another motion-gaming title that looks set to try and make exercising ‘fun’. A couple of mini-games were demonstrated on screen, including a Dance Central-esque rhythm dance game, and another involving push-ups (just what I look for in a game…). Admittedly, this did look more amusing than many of the other fitness games out there, taking a bit more of a ‘gamey’ approach to exercising, but it’s unlikely to sway anyone who has no interest in motion-control fitness games.

Fortunately, Ubisoft had even more of The Division to share with us after the gameplay trailer that debuted during the Microsoft conference. This time, we were treated to a wonderful CGI trailer highlighting the tragedy of the catastrophic event that kicks off the game’s narrative. Though not quite as emotional as Dead Island’s notorious trailer, there were definitely some emotions stirring while I watched this, particularly the time-lapse sequence of the home with the invisible hardships going on inside. Once again, this is shaping up to be a fantastic game. The Tom Clancy franchise has had a few misses over the past couple of years, but The Division (as well as Ubisoft’s surprise reveal at the end of the conference, to be discussed shortly), most definitely looks set to rectify this.

A time-lapse gameplay trailer for open-world driving sim, The Crew, was up next. The game, which will apparently feature the entirety of the United States, from Miami to Los Angeles and everything in between. It will supposedly allow players to drive across the country without encountering a single loading screen which, if true, is an impressive feat. Julian Gerighty, the Creative Director for The Crew, came on stage to talk about the two-hour long missions that players will be able to enjoy together as a crew and announced that the game would be entering open beta on July 23rd, before releasing on November 11th, this year on PC and next-gen consoles. So, if you fancy taking a road trip around America from the comfort of your sofa in a selection of sports cars that you’ll never be able to afford, this looks like it could be the game for you. 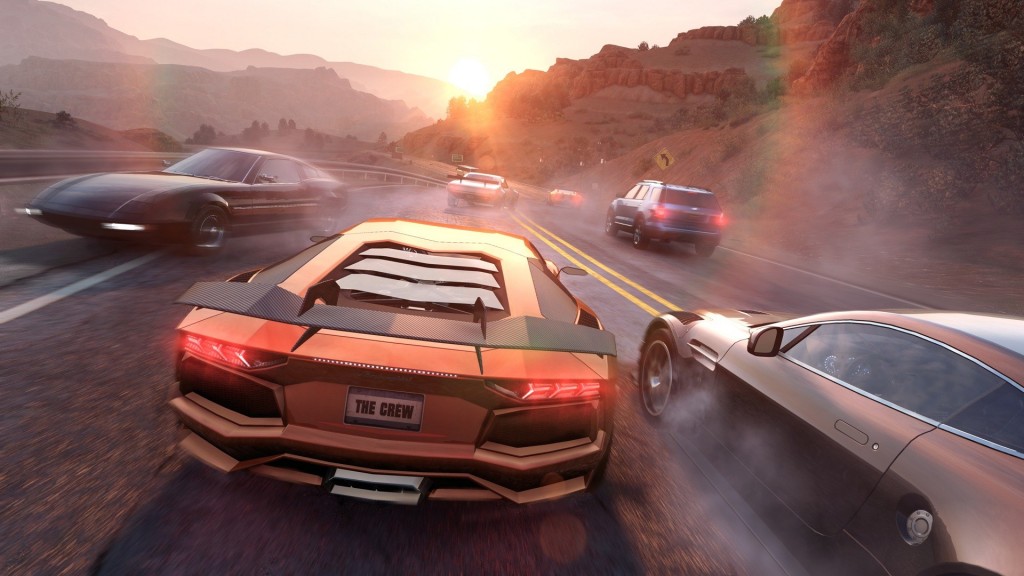 Another CGI trailer and some more gameplay footage for Assassins Creed: Unity was up next. Ubisoft really seem to be pushing the 4-player co-operative focus of this game; the CGI trailer revolved around the four assassins and the role they’ll play in the French Revolution setting. By contrast, the gameplay clip was mainly focused on a single player, but he was joined by three other assassins at the very end in a manner that suggested the co-operative mode could be seamless, drawing from Ubiosoft’s philosophy of seamless online integration as employed in Watch_Dogs. Co-op aside, the game definitely looked very pretty, with a high attention to detail and numerous AI appearing in large crowds, highlighting the benefits afforded by the increased power of the new consoles. Hopefully we’ll learn more about the mechanics of the co-op mode in the near future and before the game releases on October 28th, 2014.

Before the final game of the night, Ubisoft took the time to give us this beautiful trailer for Valiant Hearts: The Great War, a game built on the UbiArt Framework graphics engine, responsible for the likes of Rayman Origins and Child of Light. The game, set to be a story-driven puzzler inspired by the letters written by the soldiers of the First World War, will be coming out on June 25, marking the centenary of the opening days of the conflict. This looks like a truly wonderful game, with a touching and unique narrative. Just take a look at the trailer:

Finally, before wrapping things up, Yves Guillemot, CEO of Ubisoft, took to the stage to introduce us to one final game: Tom Clancy’s Rainbow Six: Siege. Wow. We were shown some gameplay footage from an early alpha build of the game, but I’m already blown away. In the multiplayer clip, two teams of five fought it out in a hostage rescue situation. Ignoring the obviously-acted ‘gamers’ playing the game, this footage was nothing short of phenomenal. The destruction physics looked astonishing – bullets blasted holes through walls and C4 charges were used to completely decimate walls, doors, windows, and even to blast holes between floors. Undoubtedly, this was my highlight of E3 so far.

So, what did you think about Ubisoft’s conference? Were you pleased with the games you saw? Let us know in the comments below, and don’t forget to stick around for more E3 coverage on Geek Pride over the next couple of days.