Truth, so they say, is stranger than fiction.

Although it would appear that not everybody shares that view. Rockstar’s fifth outing for the Grand Theft Auto franchise last week picked up it’s second lawsuit for hijacking the likeness of another Z-List celebrity who is totally not seeking publicity at all…

Karen Gravano, who appeared in the reality show Mob Wives, is claiming that her life story and likeness have been used without her permission in GTA 5 and is suing the games-maker for $40 million. Which will come in handy, since she was kicked off of Mob Wives in December before it’s 4th season aired according to NYDailynews.com. 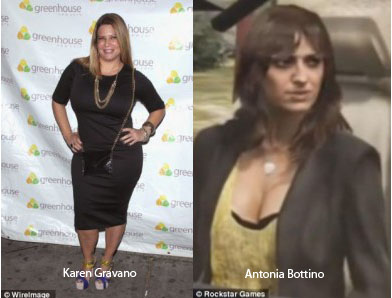 She is claiming that a character who appears in one of GTA 5’s random encounter missions, Antonia Bottino, is based on her and according to her lawyers, her story is unique and hers to tell.

Now we’re a bit thin on the ground for details as they’re being reserved for her upcoming book (totally not about publicity remember) or as part of her pending legal action.  However, the GTA character she’s claiming is based on her helpfully has a bio that we can cast an eye over.

A murder charge was pinned on her father so her and her family went into hiding out west. She says that they were “…moving around safehouses in rat-hole hick towns where no one comes looking.” According to Antonia her father was eventually arrested and became a snitch as part of a plea bargain. Due to this deal she says that her father made a lot of enemies and it was because of this that she was kidnapped and almost buried alive.

Ok, so if we are to presume that the Godfather, Goodfellas, every GTA game since GTA3 and pretty much every episode of In Plain Sight was never made, then I could see her point.  However, I kinda feel that this is entirely in the world of GTA and seems a fairly normal backstory for the kind of characters that GTA creates.

That said, as with any creative process, it’s impossible to say where inspiration comes from, so we’re just going to have to wait and see how this one turns out.

Going back to the first of Rockstars incoming lawsuits, Lindsey Lohan has also decided to take a slice of the $1 billion they racked up in the 3 days following Grand Theft Auto V’s release last year.

Lohan is claiming that the infamous bikini girl from GTA’s loading screens is based on her, which from these images is a fairly compelling argument: 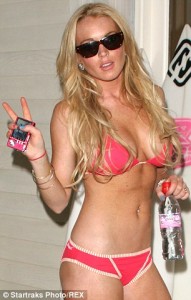 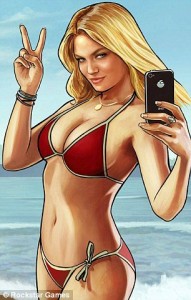 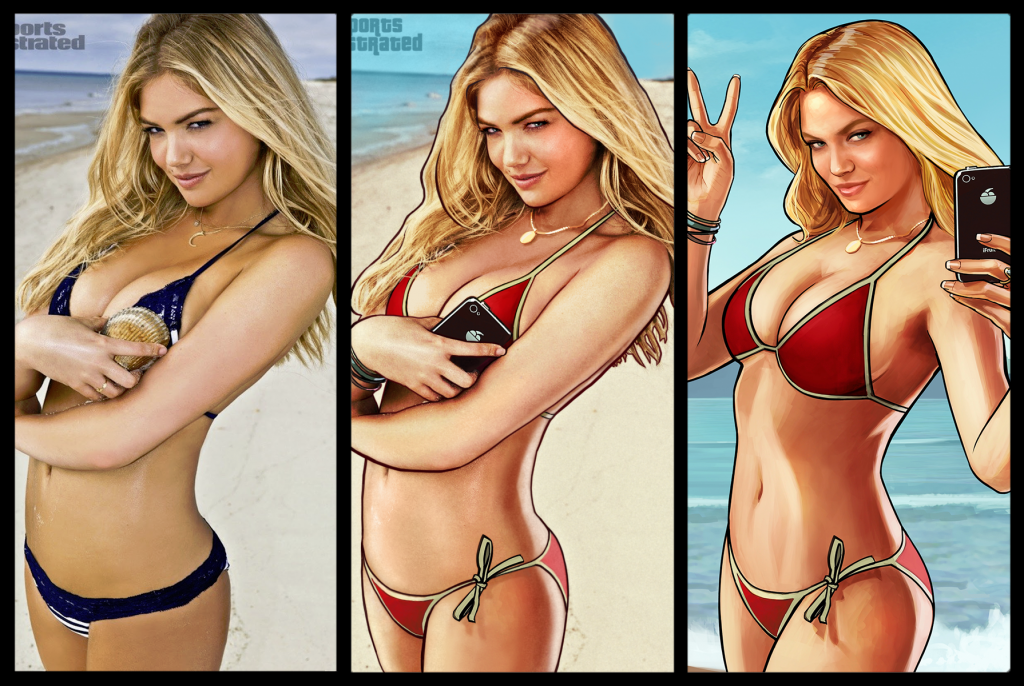 So, if you bear a passing resemblance to your GTA Online Avatar or you’ve ever had a cup of coffee then you could be in luck and Rockstar could owe you big time.  But I have a feeling that the reality, both for your coffee drinking and any celebrity who is completely and in no way looking for free global publicity, the courtrooms will be far less profitable than imagined.

While you weigh up your chances, I’ve taken some other GTA stars and pitted them against the free celebrity facial recognition site www.pictriev.com, let us know what you think of these matches, or if you think you look like a GTA character, send us a pic and we’ll post the best ones in a later feature!