previous
300: Rise of an Empire - Seize Your Glory Review
random
next
Ubisoft's Assassin's Creed Board Game Skulks Out From The Shadows
Video Games & Tech
2 likes

If you try one game this week, make it Broforce!

Rambro? Indiana Brones? The Brominator? I know what you’re thinking, but this is definitely not a group of drunken frat boys on a night out; this is Broforce! 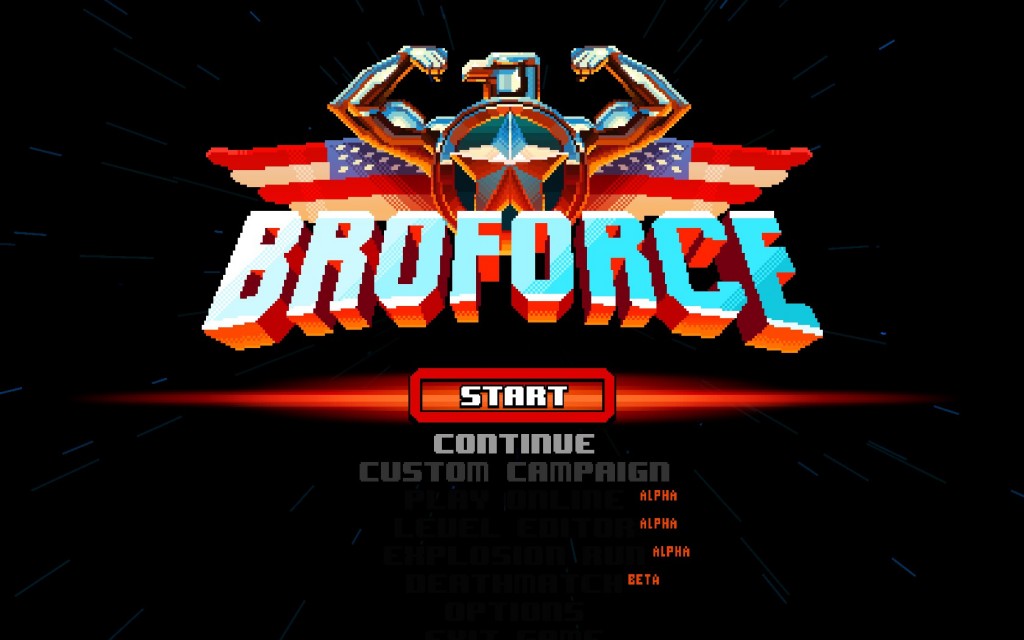 Do you remember that scene in every 80s action movie ever where the hero blew everything to Hell, before flying off into the sunset on a helicopter? That’s Broforce, chopper and all. The best way to describe this upcoming indie gem would be as a chaotic blend of the likes of Contra, Metal Slug, Super Meat Boy, Terraria and that one totally sweet dream you had about being Rambo. If any of that appeals to you, you need to give this game a go.

Originally developed as part of the April 2013 Ludum Dare 23 Game Jam, under the name of Rambro, Broforce received such a positive reaction that Free Live Games decided to make a fully featured release. Approved on Steam Greenlight in July 2013, the game is currently in beta, accompanied by a short, free ‘Brologue’, and just keeps getting better.

Broforce’s concept is fairly simple: take a bunch of hyper-masculine 80s action heroes, put them in quick, Terraria-like, fully destructible levels, and task the player with blasting their way through hordes of goons to the end. Oh, and give them all Bro-pun names. 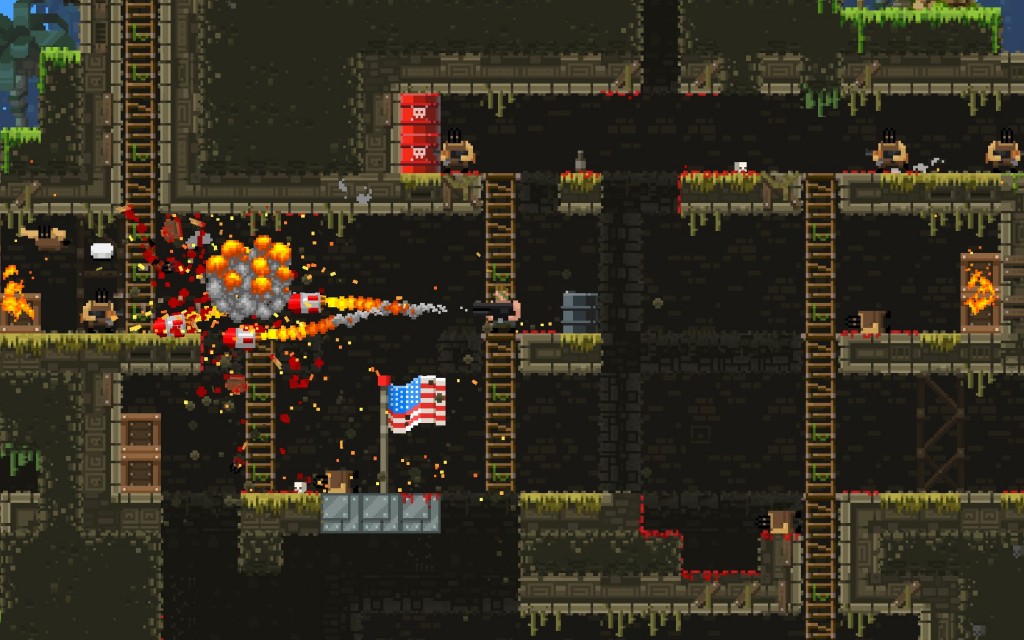 New characters are unlocked by freeing prisoners of war from the cages scattered across each level, which grant the player with an extra life and switch out one Bro for another. Each Bro has his own unique play-style; the likes of Nebro, Brade, and Bronan are all melee-focused, while characters like Rambro, Bro Hard, and the Brominator, have a more spray and pray feel.

With an uncomplicated control scheme – the player can move, jump, shoot/hit and do a character-specific special attack – gameplay is fast-paced and action-packed. There’s nothing more satisfying than gunning down a cluster of enemies in a spray of gore, setting off an explosive barrel and triggering a chain-reaction of fiery death that destroys half of the map in seconds!

Don’t make the mistake of thinking that Broforce is an easy game though. Levels get progressively tougher with pitfalls, traps, and various enemies all blocking your crazy, blood-soaked path. One shot is enough to kill off a Bro and it is possible to run out of lives very quickly, but the game never feels unfair, managing to hit that sweet-spot between being challenging and being fun. 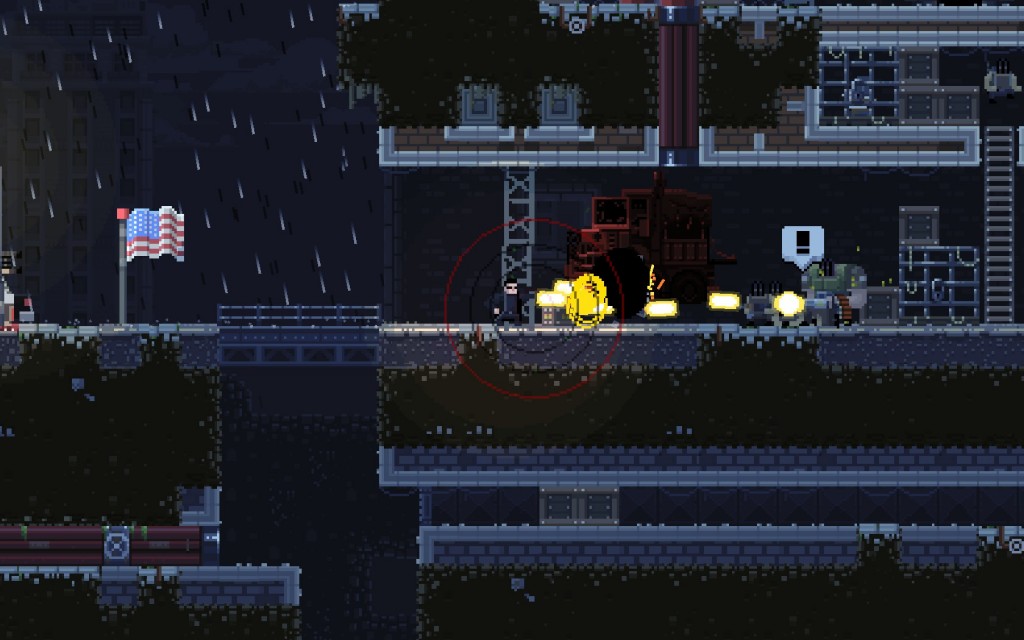 Levels range in duration, but rarely take longer than a couple of minutes with the exception of some particularly frustrating – but never irritating – boss fights. Maps are varied enough that they don’t ever feel stale and, given the destructive environments, there are often multiple approaches to completing a level making for great replay value. Add to that the various additional modes that will be in the final release including 4-player co-op (both on- and offline), death match, and a level editor and you’ve got a damn fun game on your hands.

If you hadn’t gathered, I’m very excited for this game and you should be too. Coming out on Windows, Mac, and Linux platforms, there is no set release date yet – the Pre-Order FAQ simply states that it will be available “when it’s done” – but pre-orders get instant access to the beta. Head over to their website and try out the Brologue; I guarantee that it’ll be the most explosive, macho, and grin-inducing hour of your week!

Chris is a third year History student, studying in Kent. When he's not writing up his dissertation, he's playing games, watching anime, tearing up over the fact that Breaking Bad had to end, and generally having a geeky time!
More Goodness
Previews / Interviews