The Eurogamer Expo for me has become an annual pilgrimage to London to properly geek out in a gaming sense. I don’t get to do that very often, whereas for my inner movie geek I can do that at the cinema, for my comic geek I can spend a day in Forbidden Planet. Having kids, I don’t get to play games as much as I’d like… mainly because the games I like to play aren’t particularly suitable for them to watch.

Now… you may already know, but The Eurogamer Expo 2014 tickets went on sale today, and yes… the venue is still Earl’s Court. This wasn’t certain as the expo ended last year, as the Exhibition Centre’s future was unclear. There was talk it was going to get demolished… and everyone at the Expo hated this idea. Earl’s Court has been the Expo’s home for the past 4 years, and thankfully it’s continuing be-. You can all finally breathe a sigh of relief now.

I’ve been to Eurogamer for the past three years – the first time I went with a buddy of mine, and the last two times I was accompanied by my long-suffering, soon to be wife. The only bad experience I’ve had is from last year’s expo, and that was nothing to do with the event itself, but with accommodation plans falling through, and a single exhibitor (I won’t discuss the circumstances of that though as I’m trying to be the bigger man about it… however this is why there wasn’t a Geek Pride review of Call of Duty: Ghosts).

Why would I want to go?

The primary reason to go to the Expo, is if you love videogames. Of course you get to play all the latest titles before they come out, and usually the Expo is timed so that you get to play that year’s Assassin’s Creed, Battlefield & Call of Duty titles… along with some of the other annually-published ones like FIFA and the like. 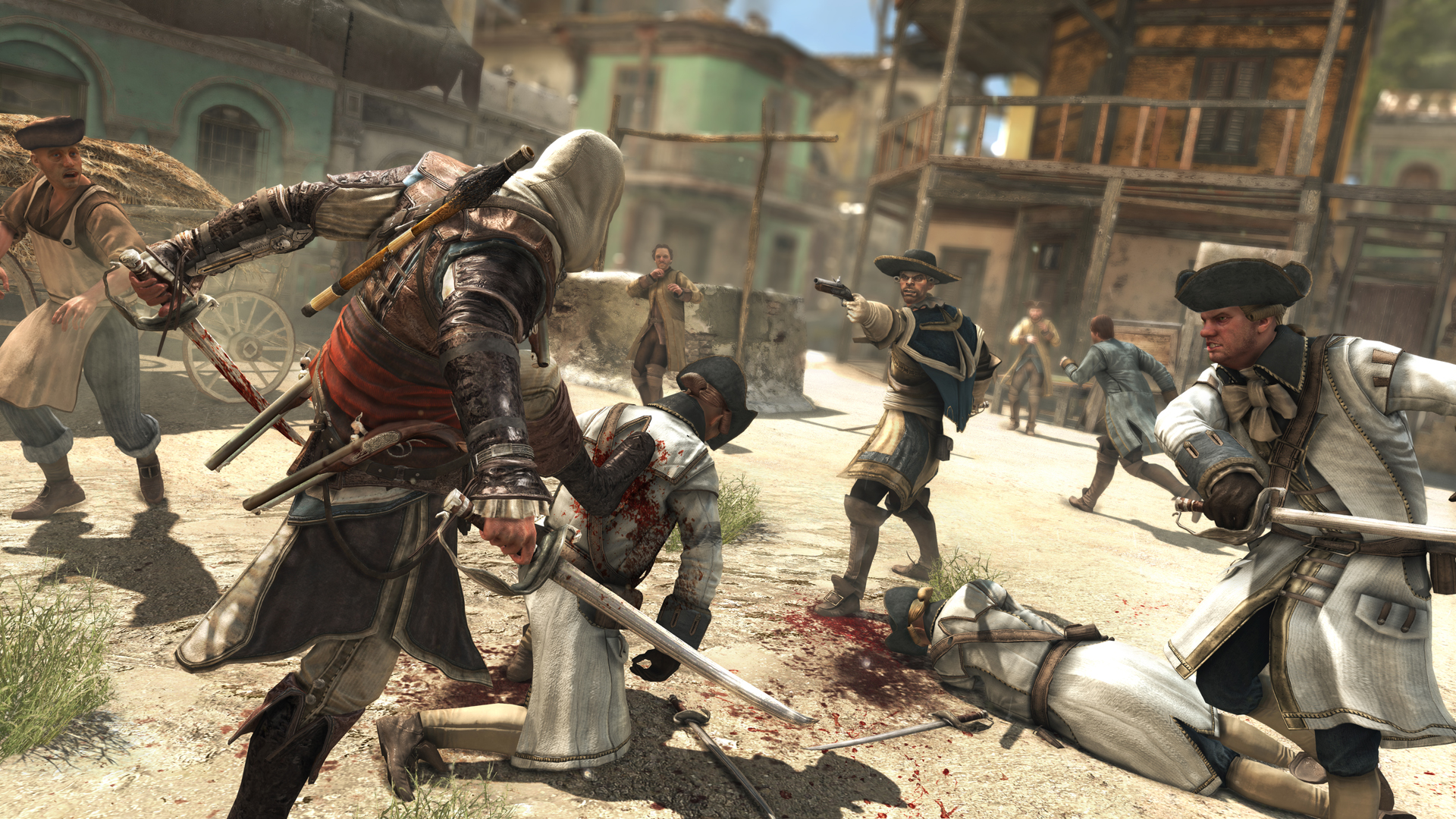 Getting to play this was one of my highlights last year.

These titles are all prettymuch complete – every now and again you’ll get to try a game that’s currently in beta testing (Battlefield is often in this state… then usually a demo pops up on Xbox Live or PSN a week or so after the Expo), but in general you’re looking at the finished product, albeit with certain aspects hidden away to prevent storyline spoilers.

You’ll usually get between 10-20 minutes of playtime – the more popular titles have a completely ridiculous amount of people to get through each day (Call of Duty is the prime example), so often the play time is at the lower end of the scale, and your time queuing is much higher, unless you manage to get in early.

Usually I’ll check out the floorplan of the Expo in the run up to the event, and plan which stands I want to check out first. Depending on the year I attended, I’d prioritise the things I wanted to do first, then do mop-up runs as the day draws to a close. In 2012 for example, the Wii U made it’s debut, so I wanted to make sure I got to play on that first. Last year, I made a B-line for the Call of Duty stand… This year… I haven’t made up my mind yet.

I’d always recommend having a plan of action when you go, purely because you’ll find the queues stack up fast, and if you want to play a lot of the bigger releases, these will take up a lot of your time. Call of Duty’s queue is typically 3 hours long at the best of times, whereas Assassin’s Creed would usually have you playing within about 30-45 minutes.

Yes… you heard correctly. Free stuff. Throughout your time at the Expo, you’ll manage to get your grubby, sweaty mitts on some free stuff. Now these can range from simple things like Yo-Yos, posters, pens, badges and sweets… to the more luxurious items like game character figures, T-shirts, Free games, free consoles etc. Yes – consoles. I witnessed a girl win an Xbox One and walk out of the show with it just for playing Just Dance 4 last year. Of course some freebies are assured, and the more luxurious ones aren’t.

However if you win a copy of a game, and you have to fill out your details so that you get sent that game in the post after the Expo… FOR THE LOVE OF GOD TAKE PHOTOS OF EVERYTHING! If something goes wrong and your details get “lost” *coughActivisioncough*, then you can safely bet you’ve lost your potentially epic freebie. I’m not bitter. Honest.

Anyway – freebies in general are groovy, but if you with the mindset that all you need to do is get free stuff, then you’re missing the point of the Expo. 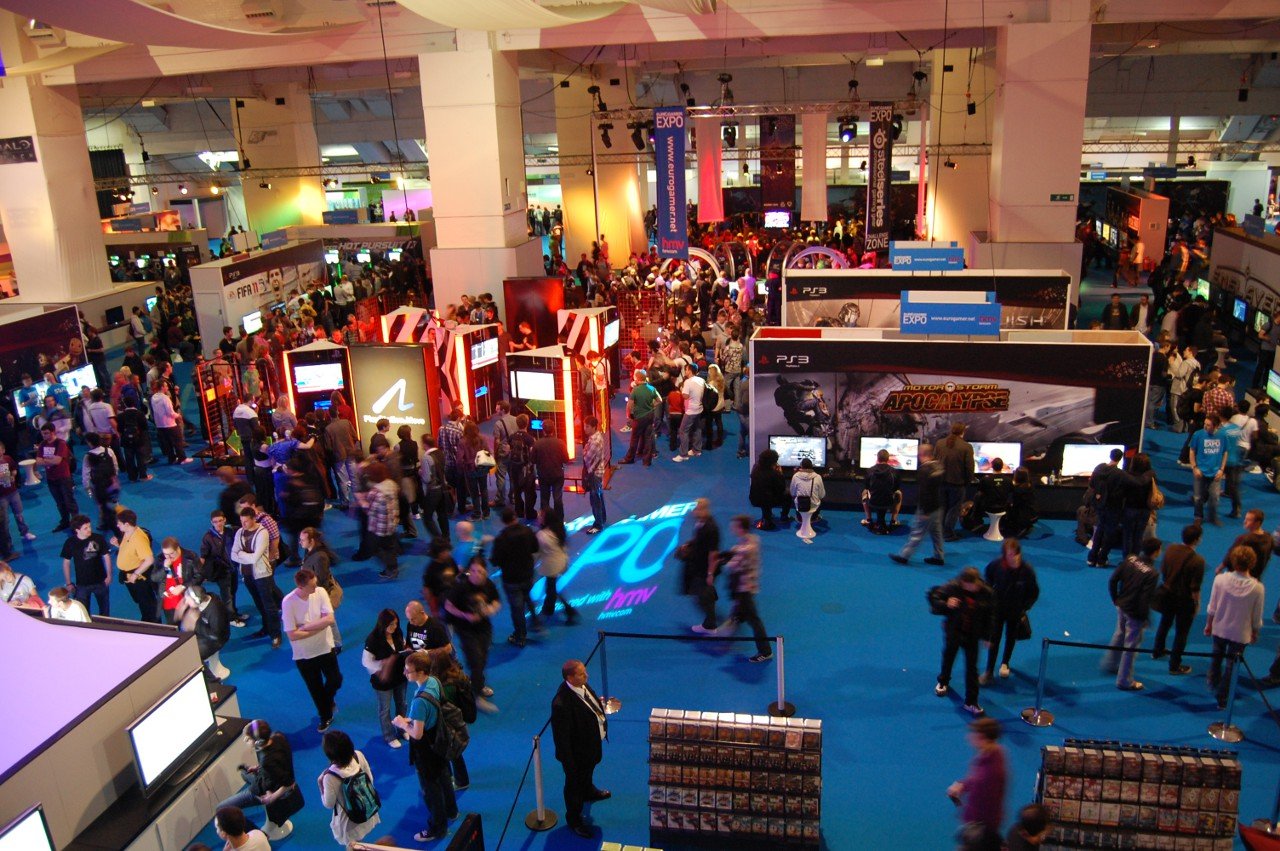 The show floor isn’t always this quiet – the weekend days are pandemonium!

The atmosphere in the Expo is one of my main reasons for going in the first place. I love that everyone attending is there for exactly the same reason as you – they love games. All ages, all colours, all sexes… it doesn’t matter. On the Expo floor, you are all gamers… and I love that. Because of this, no-one feels like a stranger, and talking to someone who’s queuing up for a game with you doesn’t feel like an alien experience. Think of it as queuing for a midnight release of a game – everyone talks about what they’re looking forward to, or what they love about the game, and their favourite moments of previous or similar titles.

To me, everyone feels like a friend… and attending last year on behalf of Geek Pride, bumping into some of the readers was great! Just seeing the smiles on people’s faces, and the excitement that surrounds a particular game it infects the people around you and it’s a great feeling.

Getting to play on new consoles or with new hardware is great. Being one of the first to experience something new and unusual, and then explaining it to your friends or in an article brings back that first experience again – this is one of the reasons I love to write… I like to relive things I enjoy.

Last year I was spoiled for choice – I got to play on the Playstation 4 and the Xbox One… and I also got to play around with the Occulus Rift (pre Facebook purchase of course) and the Razer Hydra controllers – see the brief video of me making a tit out of myself below. This year, I’m hoping that Sony’s Morpheus VR hardware will be available to play around with… as I’m also hoping it’ll be more affordable and readily available… and also not belonging to Mark Zuckerberg.

I love this about the Expo – there are cosplayers everywhere, and not all of them are good. But one thing that you definitely get from all of them is that they’re having fun. Whether it’s a really amazing Lollipop Chainsaw cosplay, or a really terrible overweight Spider-Man, it’s fun to spot your favourite characters running around.

You will get some professional cosplayers who are there on behalf of the game studio, and these guys are just as nice, and always up for posing for a photo or two with you. I saw some really good ones in 2012 promoting Aliens: Colonial Marines, and Assassin’s Creed 3… and these were great, but the fun was definitely more evident with the guys and girls that spent hours slaving over their home-made outfits. 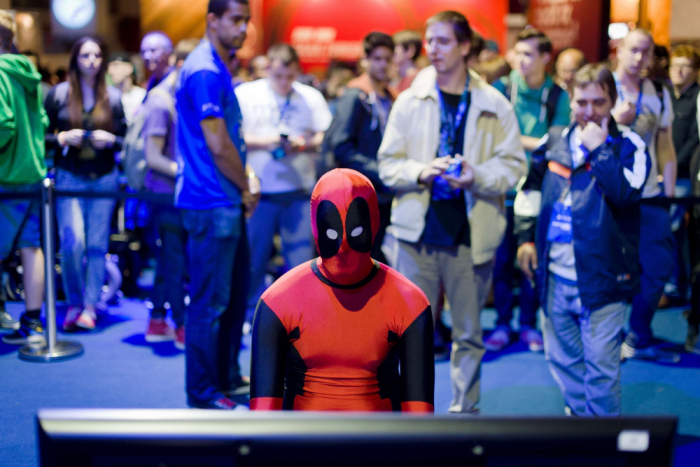 Even Deadpool likes to play games now & then

If you love games to the point where you want to make them, then the Eurogamer Expo has that covered too. Usually near the rear left of the Expo’s show floor is the Games Industry Fair. Here you can look into careers in videogame testing, coding, designing and more. There’s also a tonne of scheduled Developer Sessions, where prominent game creators come and talk about their new title, and pitfalls of game creation etc. Last year Hideo Kojima made an appearance – arguably one of the biggest names in gaming today.

There’s also a dedicated part of the Expo for indie games, and retro gaming… so if you’re in the mood for a trip down memory lane, or if you want to check out smaller developers to spot the next big thing, you can’t go wrong. 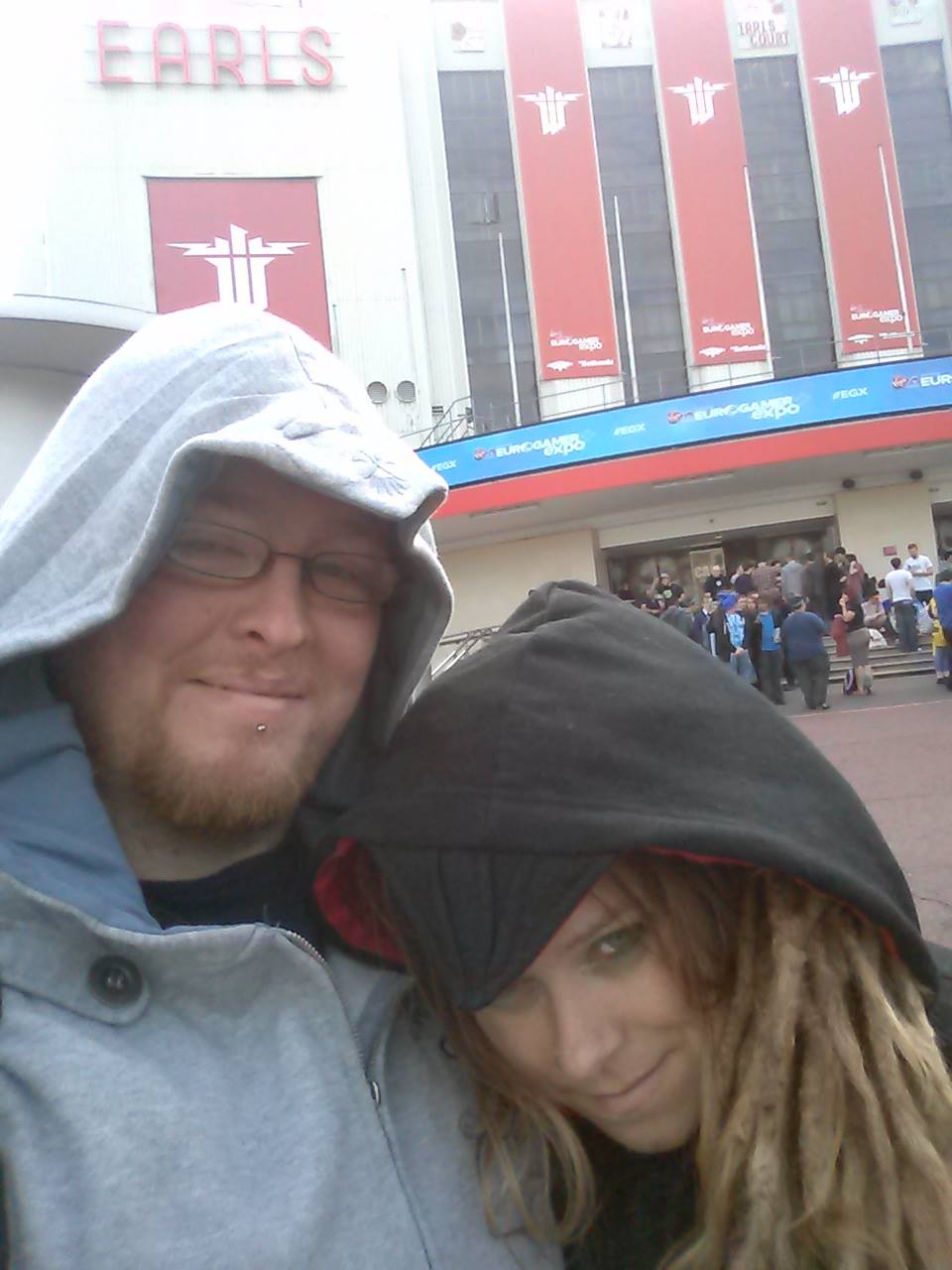 In closing… I’d definitely recommend you go to the Eurogamer Expo if you’re a gamer. Just as far as advice goes – take loads of photos, wear comfortable shoes (especially if you’re going for more than one day), take lots of bottles of water or whatever you need to hydrate yourself, and make a plan of action with the provided floorplan (when it gets released later this year).

Food at the Expo, although very nice, is quite expensive… thankfully Earl’s Court is really close to a lot of restaurants and fast food places, so you’re fine either way. To be honest, you’ll need quite a hefty chunk of spending money to go, be it food, or preordering forthcoming titles (which often have a deal involved if you preorder at the Expo)… so do a little bit of saving before you go in September. Do all of this, and you’ll be absolutely fine.

Movie and videogame geek, basketball player, guitarist, waffle connoisseur & expert in being a slacking bastard. You'll find me gaming on PS4 as "SpasmicPuppy" most of the time... I'm addicted to Destiny.
More Goodness
Features