The Pokémon Company and much-loved Japanese video-game publication Famitsu will be hosting a livestream reveal event for the new Pokémon Project next week.

Whilst no specific information has been revealed for this new project, we do know that it will be streaming live on Tuesday, August 26th at 10pm Japan time (1pm UK, 5am Pacific) on the popular streaming site Niconico. As CVG state, whilst no information has been given, the fact it is in collaboration with gaming magazine Famitsu lends itself to the idea that it is indeed a video game.

Could this be regarding the still-unexplained image that was shown September last year, causing the game director Junichi Masuda, whilst in an interview with Nintendo Life, to playfully reply with the following:

“Ooh, I wonder what it was…I’m not sure…” he said, while smiling and laughing. “That was actually a video which was shown at the Pokémon Games Show, an event in Tokyo last month and it was showing the history of Pokémon games as well as the future. It was kind of a concept about what the future of Pokémon may look like…”.

We can only hope. I can tell you one thing though. I definitely don’t want it to be one for “Great Detective Pikachu”, a trademark that was revealed late last year. That’s something that no-one wants to see. 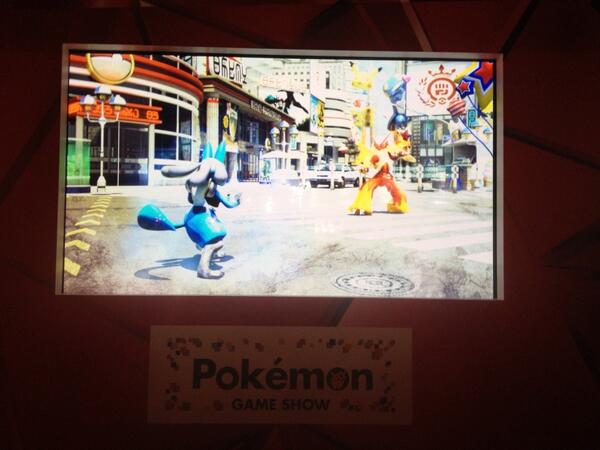 Lucario vs Blaziken, duking it out in a realistic setting. Or having a staring competition. Either way, it looks beautiful.