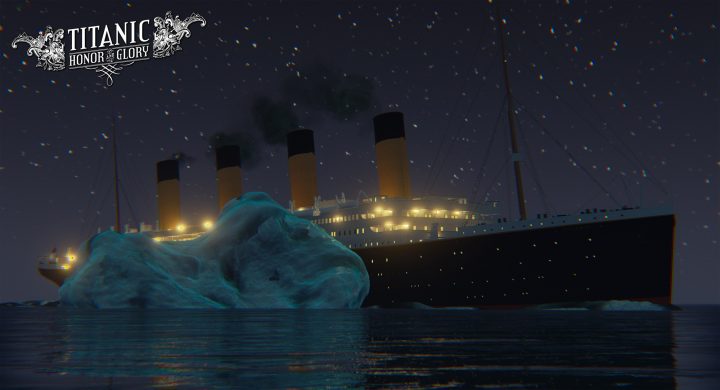 Near, far, wherever you are….

The very mention of her name conjures up visions of size, superiority and the futility of a mighty feat of human engineering. In 1912 the Titanic sailed her first and last voyage and remains a potent reminder of man’s complacency in the face of nature. The loss of over 1,500 people in the icy waters of the North Atlantic shocked the world back then and the tragedy still fascinates many to this day. Over the past 100 years the Titanic spawned numerous books, films, TV documentaries and games with Titanic: Honour and Glory being the latest and most immersive game to date.

This new CGI model has been created to show, in real time, how the Titanic went from a seemingly innocuous brush with an iceberg to one of the greatest disasters of all time.

Designed by Vintage Digital Revival, the video was produced to showcase the immersive video game Titanic: Honour and Glory, which is currently in development.  The game will have you play the central character having to solve a mystery whilst racing against time to escape the sinking ship. The game will also have levels in historically accurate recreations of Southampton.

Whilst the video is a slow burner at a total running time of 2 hours and 40 mins the events are carefully played out with small bites of historical info popping up describing what exactly was happening. These moments are interlaced with CG footage of the ship’s interiors, created in consultation with Bill Sauder who was a consultant on the ’97 film and the ’96 game Titanic: Adventure Out of Time. What’s striking is how fast the ship plunges down in the last twenty minutes, which corroborates many eyewitness accounts that they felt there was no immediate danger. Whilst it may be a bit long for some it’s advisable to use your YouTube browser to see the internal scenes. 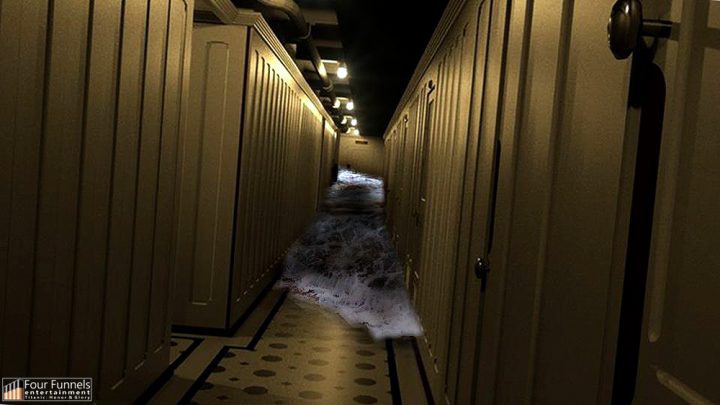 If that perks your interest in the famous ship then check this clip from the National Geographic documentary hosted by director James Cameron. Thus far his multi Oscar winning 1997 film stands out as one of the most famous depictions of the doomed liner. Its accuracy in the set design and recreation of the sinking was praised by many historians though it was derided somewhat for its main plot line. In 2012, Cameron, ever the perfectionist, returned with his team of Titanic experts to perfect his vision of the sinking. Using new computer technology with input from navel experts they produced a more accurate animation of the final plunge of the ship based on forensic analysis of the ship wreck.

The developers are looking to finance the game via crowdfunding and hope to launch the game on Steam, Windows and OS X with Oculus Rift compatibility. You can find out more about Honour and Glory at the official site here http://www.titanichg.com/

Mark lives in Belfast where he runs a ukulele club, plays board games and watches old TV shows. His interests include Cold War architecture, trawling for vintage toys on eBay and reading Starship schematics on Memory Alpha. He was a finalist on the UK version of King of the Nerds.
More Goodness
Previews