Some areas of the game were pointlessly too big, a lot of space which although visually was stunning seemed to be almost wasted, at times they didn't contain anything except for a conduit in which to get frustratingly lost.

A witty yet emotional end for fans to fully immerse themselves in one last time.

The Uncharted series first debuted in November 2007 and by June 2015 the hit action adventure series had already sold over 21 million copies worldwide. Now the introduction of the final installation of the franchise, Uncharted 4: A Thief’s End has been released and it’s already scoring high across all boards.

Visually it’s as stunning as anticipated, attention to detail hasn’t been spared and there’s plenty of detail and work that have gone into every part of the graphics; including beautiful vistas that you can stop and admire a long the way. On top of this the diversity in the games many locations mean that each environment bring with it a different challenge; some areas were visually obscured by natural forces in the form of hurricanes and snow storms, whilst others by human intervention and adaptation, all giving you some nice depth and realism,

Something made all the more, well, realistic by the way the games main character, Nathan Drake, interacts with his environment in a more pronounced way than in the previous titles, talking to NPC’s whilst he walks through a crowd or traversing across environments leads to a more natural experience for the player and at points seems almost life like. This fluidity is also visible during combat situations which can escalate quickly after braking cover from the varied stealth locations. 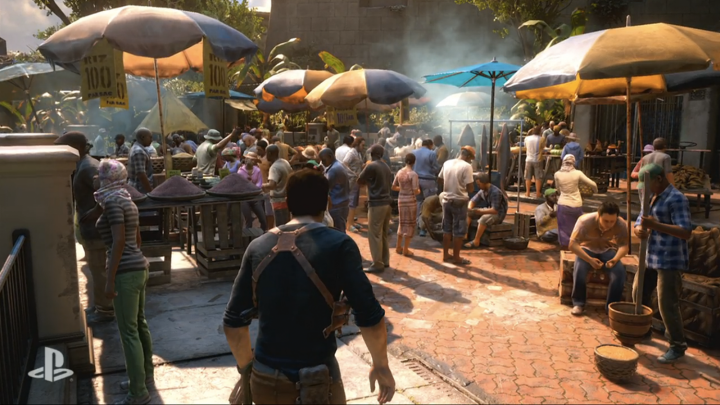 Drake’s persona, although a little dampened was still as witty and charming as ever, through dialogue and interaction with other NPC’s you can see how a normal(ish) life away from the adventure has affected the character which further develops throughout the game.

As previously discussed by the games Sony Owned developer Naughty Dog, the Uncharted 4 features a new character in the form of Nathan’s older brother Sam, who comes across as an all American version of Harry Flynn from Uncharted 2: Amongst thieves. Occasionally witty with an air of deceit the game is based around the ‘resurrection’ of Sam who needs help to pay off a long standing life threatening debt. Other key characters from the franchise’s previous games also appear during certain chapters to aid the story into it’s final descent. 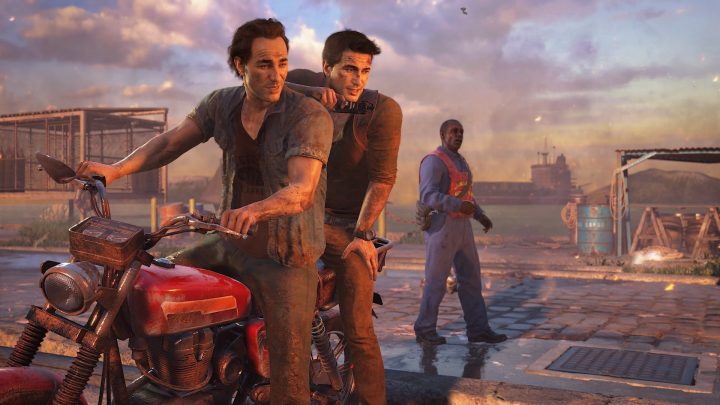 The prologue introduces the two main characters at an early age on the run from an orphanage, leading to Nathan picking up some of his famous treasure hunting skills from his older brother. The young brothers are re visited later on where they continue their previous mission to retrieve their mothers lost journals, who are being held by an elderly female adventurer, leading to the acquisition of the brothers legendary name and their first taste of real adventure and future lives.

For all uncharted veterans there’s still the good old fashioned features such as ancient clues and puzzles, sneaking around testing environments and an on-going treasure hunt; Although I found at points throughout that some areas were maybe unnecessarily too big for this, a lot of time was wasted skirting the edges of the map searching for missing notes and treasures only to have wasted time and returned to the main campaign empty handed.

The main storyline follows Nathan  and his brother on a quest which was laid out for them by their own mother decades before, to retrieve the fortune of a lost Pirate ‘civilisation’ which has been the subject of intense greed and deceit, following on with the franchises previous on-going theme of adventure and exploration.

Being the final game in the Uncharted series there’s treasures, trophies and memories which are linked to Drake’s previous encounters that can be found throughout the game, providing an emotional reminder of how the characters story development has unfolded over the years. 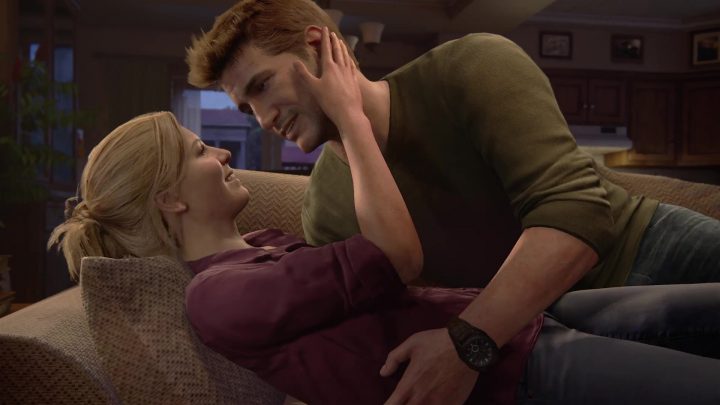 With Nolan North lending his voice over skills to the character that made him iconic and he deliverers an emotional,yet witty, end to the franchise, supported by veteran voice actor Troy Baker (The Last Of Us & Bioshock). But is that the last we will hear / see from him? Well in a recent interview he said this:

‘depending on how much money this game makes, Sony might want to do another one with another studio and I would certainly come back’,

‘there won’t be an Uncharted 5, at least not from us’. 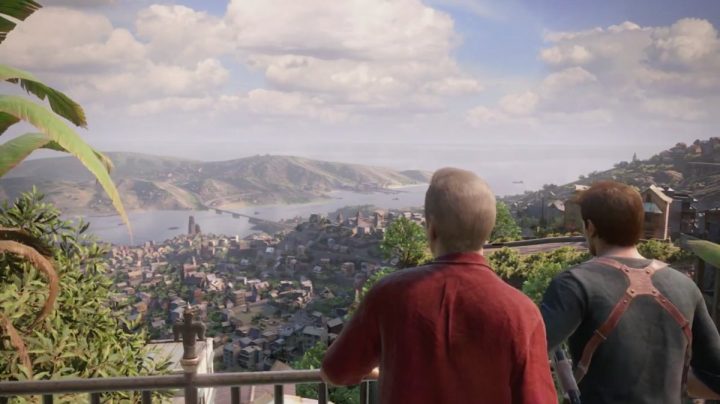 I guess that is the end of the line for the Uncharted Series but it has been one wild ride and at least we know that if they do decide to do another, or someone takes on the mantle, Nolan will be there to voice act the shit out of it!

Overall the final chapter in Uncharted franchise delivered a powerful ending to a great series, bringing a satisfying mix of action and adventure with a twist of humour and wit, which will no doubt leave, unfortunately, both new and old fans wanting more.