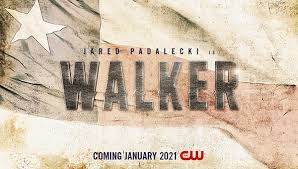 Do you guys remember Walker, Texas ranger played by Chuck Norris? Because I do. He used to kick ass and take names for 8 seasons, starting in 1993. 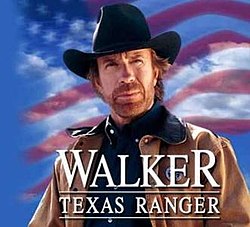 And it was Chuck Norris, right? I for one absolutely loved it and to be honest I never felt like  reboot was needed. It was narmy at times, it was silly, but it was perfect for when you needed a happy ending.

However, the powers that be of The CW decided that the world needed a new Texas Ranger, this time played by Jared Padalecki (Supernatural, Gilmore Girls). Of course, much darker, because a show with a well balanced lead would not appeal to people. Where is that sarcasm font when you need it?

This Walker has a dead wife (seems like Jared Padaleki is cursed to only have unseen or dead spouses in the shows he stars in) and it seems to weigh heavily on him. Genevieve Cortese, his real life wife will appear in flashbacks as his on screen wife.

Somehow I expect very little smiles and humour in this show, but maybe I am wrong and it will be filled with rainbows and puppies.

The show drops on January 21, 2021 so it won’t be long for us to see if this will be worth our time or not. At least it features a cowboy hat, though I doubt it will help fill the Justified shaped hole in my heart.

Until then, have a look at the trailer and let us know if you will be watching or not.