Welcome to Millarworld: a guided tour 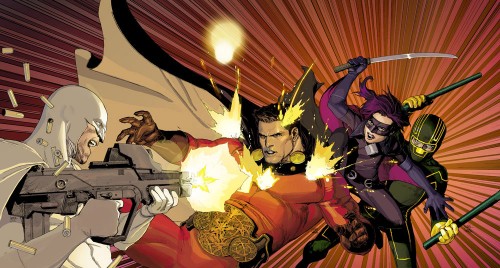 In 2010 something happened that revolutionised the way that not only comic books were made, but also how movies are produced. The movie rights to Kick Ass were sold before the first issue of the comic even graced shelves. The finished products (both print and movie) let audiences discover several significant factoids:

1: Sometimes a little girl can kick the ever loving bejesus out of you, so be nice to young people.

2: when fully allowed to draw from the darkest nooks of his creative well, John Romita Jr is one of the most inspirational and eye opening artists alive today.

3: Brad Pitt CAN produce a good movie, so long as it isn’t about zombies (seriously, they don’t run… like… read the book).

But what made Kick Ass the undeniable success it is now, the very core of what makes this ridiculous product so relatable, yet infinitely cool is the writing style of one Mark Millar. Relevant, natural and not in any way forced, Millar gives us as the reader/viewer characters that are our friends and family, people that could genuinely be the girl or boy next door. Or a co-worker. Or me. Even seen me and Batman in the same room? Exactly. 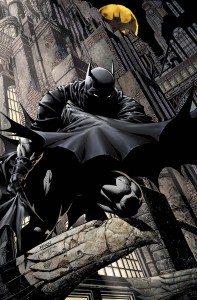 I’m not Batman. I can’t brood like he can, and that pose is hell on the knees ( Copyright DC)

But put Kick Ass aside for a second. ‘Cos what Millar did post (and during) Kick Ass is something that has lain a foundation for which will hopefully inspire a revival in independent and creator owned comics and graphic novels. This is not the first time, and obviously indie comics have been around for years (Most notably Image), But Millarworld has produced some of the finest work of the last decade. This is a short rundown of 3 comics YOU need to read and add to your collection written  by Mark Millar, that are part of his independently owned Millarworld.

What would happen if Batman was evil?

This is essentially the plot of Nemesis, a (and I can’t state this enough) Twisted take on a billionaire who got bored. News begins spreading that a super criminal is taking down chiefs of police worldwide. The white costumed Nemesis then announces that his next victim is highly catholic police Chief Blake Morrow, the so called “genius cop” of Washington.

There are explosions. There are guns. A president gets kidnapped by page 15.  Nemesis makes DKR’s Bane look like Leo Sayer (see here ).

Simon Pooni (go on, get the giggles out of your system) is a 12 year- old boy with MS who is obsessed with the fictional super hero Superior (essentially Superman with a better haircut). After leaving a screening of the latest movie, a space monkey offers him a wish. Yep. That happens.

His wish is obvious; Simon becomes the living embodiment of Superior and goes about saving the world, but also dealing with the fact that he is a fully grown adult. This is like the movie Big, but with super powers. Leinil Yu’s artwork is brings a touch of realism to the characters due to its soft and watercolour…ey style. 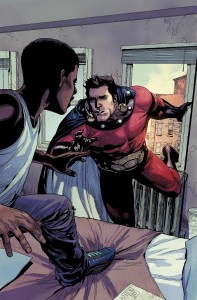 There is genuinely not a lot else to be said without massively spoiling the plot, but the paperback just came out at a very reasonable £14.99, so go find out for yourselves.

Two things before we begin: Yes, purists, I know it was originally released by Top Cow, but it was re-released by Millarworld. So there. And please don’t IN ANY WAY compare this to the film Wanted. It’s awful. It would be like comparing Brad Pitt’s movie career to his producing career (seriously… they don’t run, Brad); the latter is a pale and anaemic shadow of the sterling work of the former.

This high impact, sexy romp of a book sees office lackey Wesley Gibson realise his full potential as the son of legendary villain “The Killer”. Weirdly enough it is in this, one of his earliest works, that Millar’s punchy, witty and earnest writing style really hits you in the gut and opens your eyes to storytelling that has rarely been done as well.

The one reason you NEED this comic in your library is the ending. I won’t spoil it, But you have to understand that this is the most brave and tenacious end to a book that I have ever read. I recommend you need a day to read it, because that’s how long you are going to need to reflect on what you’ve just read. Words like “Epic” and “amazing” are overused to the nth degree, but all of this applies.

So there you have it, 3 essential books that showcase Mark Millar at his terrifying, brilliant best. Millarworld is a beacon for all indie comic creators: The man who engineered the Marvel civil war and showed us what happened when Wolverine got old left all that to create a company that ensured He owned HIS work. If he did that, what’s to stop you all going out and having a go?