BELFAST MCM 2014 – the first and hopefully not the last

I’ve had very little experience of large comic conventions, such as MCM, apart living them through the pictures and updates of brother (Matt Geary). I’ve always been so envious of him being able to attend these events with such ease because he lives in England and it seemed like a world I would never see without having to fork out a bit of money for flights etc. It was therefore, to my absolute delight that I heard MCM was coming to Belfast; I knew it was something I HAD to experience.

I have to admit, as this was the first time the convention was coming here I didn’t have particularly high expectations, this was Belfast after all and not a huge city like Manchester and London. With this in mind I made my first rookie mistake of thinking there would be plenty of premier tickets still available and so left it.  Due to this awful assumption I found myself standing, waiting in the general line from 9-11am in the pouring rain; I won’t be doing that again.

Now from what I read of other conventions this is generally a bug bear for con goers but I can’t say it was entirely a bad thing to be honest as I got the chance to see the enthusiasm and high spirit that the people of Belfast had for this kind of event. As people turned up in their cosplays ranging from Pikachu’s to the likes of one of the best Iron Man suits I’ve seen first-hand. Not one person was in a dampened mood by the weather and those who were in the same situation as myself chanted witty banter at others as they walked past; N.Irish wit at its best. 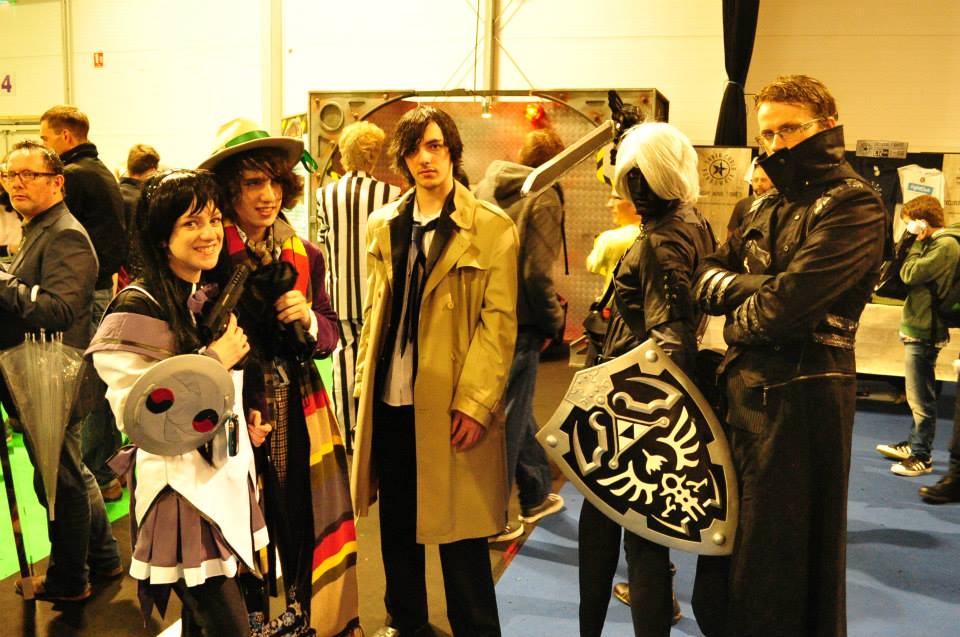 After a long wait I finally got to enter ‘The Con’ and I can honestly say as soon as I did, all of my previous assumptions of this being a mediocre event were blown right out the door. I walked into a huge room jam packed with people dressed as their favourite characters. I was actually proud to see the effort so many people had made and felt a tad hypocritical as the only effort I had made was to don stood a Superman t-shirt. As I walked around taking photos of various peoples’ cosplays I got chatting to a guy who had made the effort to travel over from England for it. This really confirmed for me that this event had the potential to be in the big leagues. 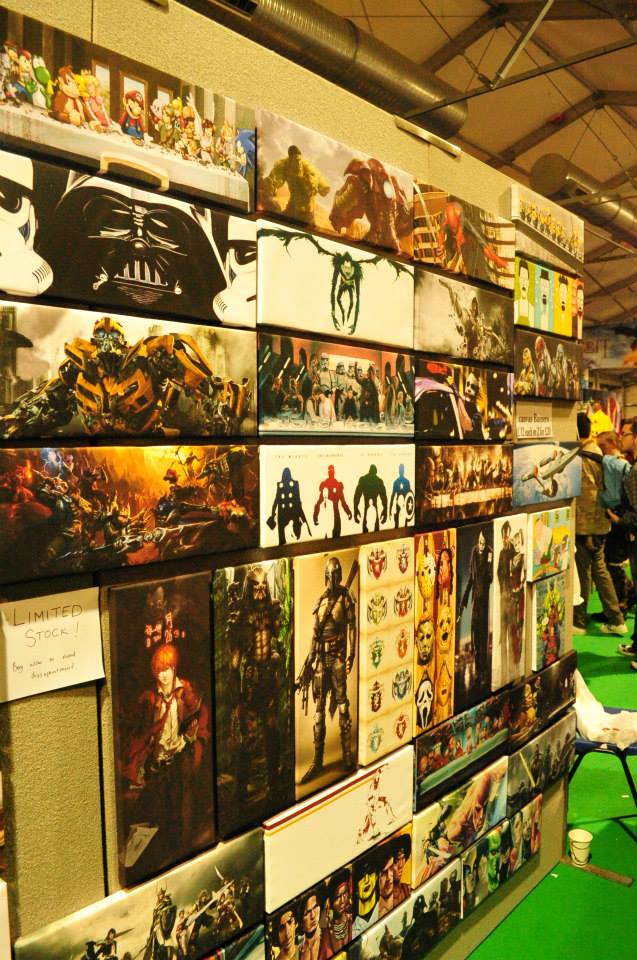 There was an abundance of attractions, many of which I had never seen the likes of before. My inner geek had well and truly been let out to play and play he did. I was so excited I couldn’t decide where or what to look at first. After wandering haphazardly around this animated playground I found it hard to remember which way was out; not that I cared.

There were stalls of gadgets, toys, comics, animated art, film memorabilia and more. I got chatting to a chap at one point, looking at a photo of Arnold Schwarzenegger, as he was a massive Arnie film fan. This fellow then went on to show us a collection of signed photos of different celebrities he had met; proven by having pictures of him with each of them. What I found even more interesting was his description of what each of these celebs were like in person. 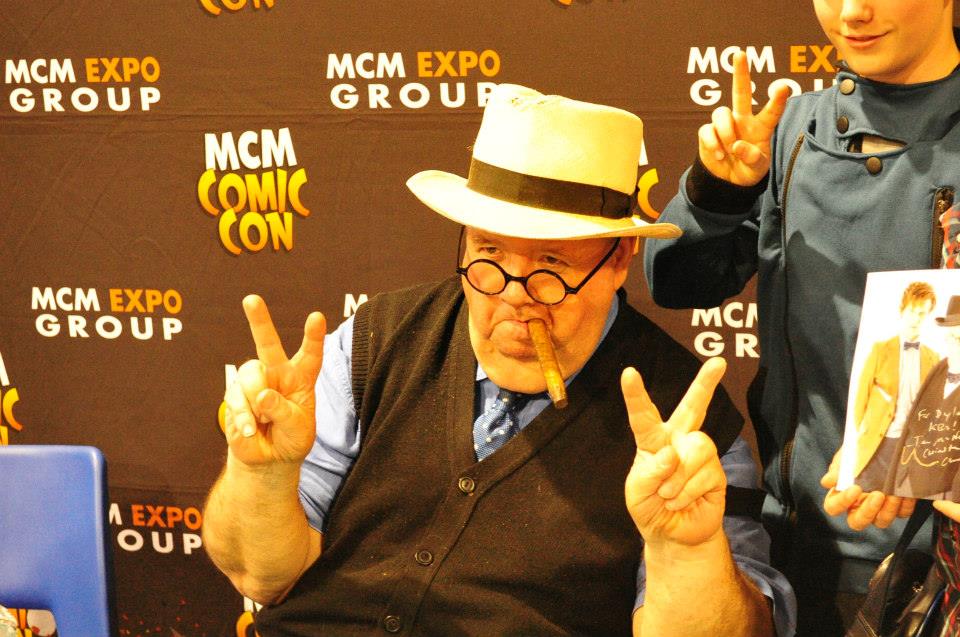 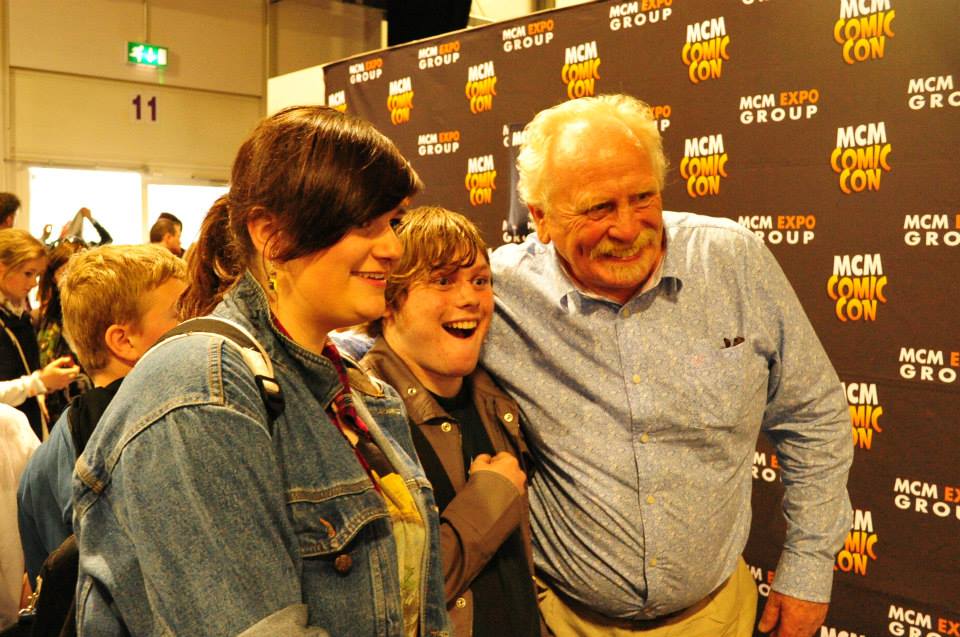 Next i moved round to see some actual celebs signing autographs. I had been informed I had missed Hannah Spearritt and I’m going to be completely honest, I was gutted. She sooo pretty!!! Celebs I did manage to see were Ian McNeice who I’ve seen in many films; namely one of my favourite easy to watch comedies Ace Ventura: When Nature Calls. I was massively excited to see James Cosmo as he plays one of my favourite characters not only as Jeor Mormont from Game of Thrones, but also as Hamish’s father Campbell in Braveheart. Both men were complete gentlemen.

I got a look at the Delorean from the Back to the Future films, which is not a huge deal as they were made in Northern Ireland after all. But what I was impressed with was the attention to detail the guys running the photo booth for it had. They provided everything from the old school red video camera, the plutonium case, the multi colour shinny cap and everyone’s favourite BTTF item, the hover board. Every part of this event put a smile on my face and there were parts that expanded my want for gaming, comic and film knowledge. The comic book artists were truly amazing at how effortless they could make a master piece in such a crowded and hectic environment. Not only that but it was something they truly enjoyed. It made me want to throw away the social shackles of responsibility and follow something that i truly loved as the people in front of me were doing. 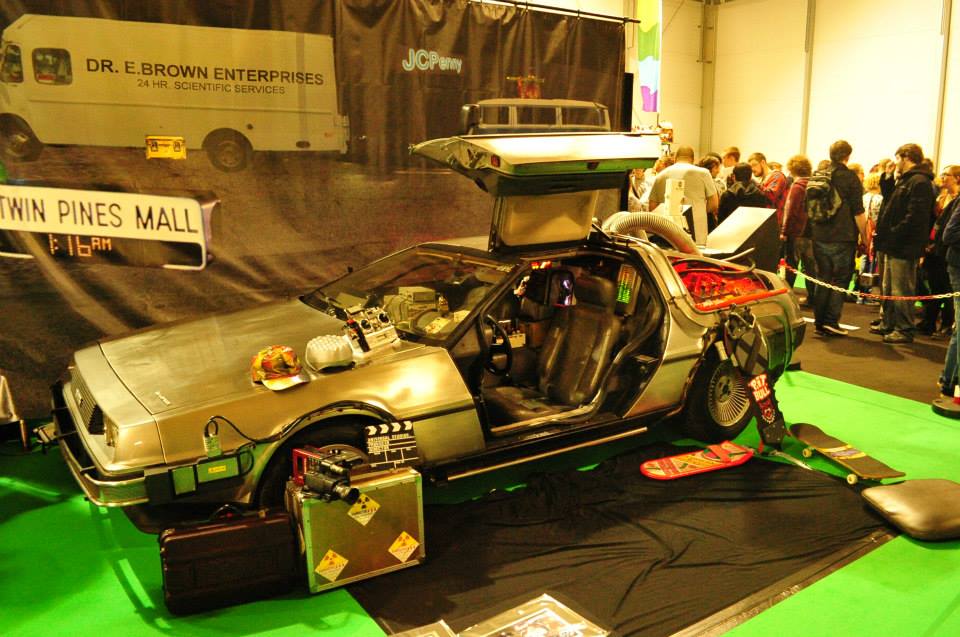 There is so much more I could say about this event but I am restricted by my lack of time and lack of sleep to say much more. Granted this event was not quite as big as London or Manchester, but for s new event in a much smaller city it certainly made a huge impact. It would be impossible for me to pick out a single highlight, as thoroughly enjoyed every aspect of it. But if I was to say anything about this event or any events like it, it would be how it is certainly not just for the branded and stereotypical geeks. This event brought all sorts from Belfast and surrounding areas on a massive scale together under one roof all in the search and celebration of something that we all possess…………Imagination.