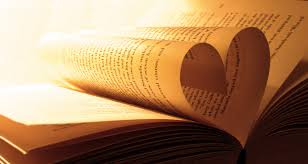 Books. We love books. According to Forbes.com, consumers spend $5.25 Billion annually on Amazon.com just on books. E-books accounted for just 30% of all book sales. That’s a lot of dough, but they could make so much more off of these ideas. Now, do you remember the first novel you ever read? Probably not if you are anything like me. OK, time for a different kind of question, Do you remember the first book you ever thought would undoubtedly translate well into a movie or TV series? Yeah you do. Throughout my 30 years I have read many things that I believe would be big money in the TV and film industry. Here are a few of the top choices from my files.

Not only do these need to be made like yesterday, if you haven’t read them, you really should.

The Eyes of The Dragon by Stephen King 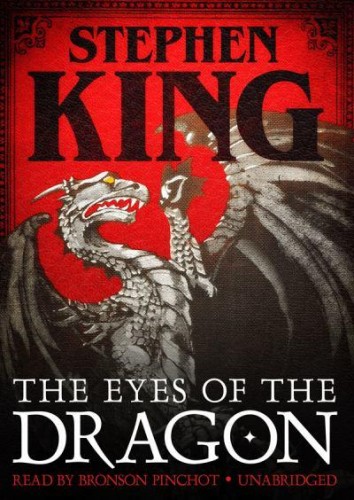 This one is different from other Stephen King novels. While it is still definitely him and his style, it just doesn’t fit our idea of what Mr. King usually gives us. Set in the age of dragons and Kings, a murder mystery that rocks the high court and Land of Delain. The King has been murdered and soon his eldest son, Peter, is locked in the Needle as the main suspect by Flagg the royal magician.

Thomas inherits the throne much to Flaggs delight. Well, Peter knows the truth because he watched the murder happen. He has a plan to save Delain from the wicked plans of Flagg but it is risky. It is do or die time.

The Gate to Women’s Country by Sherri S. Tepper 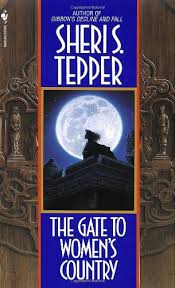 This post-apocalyptic novel written in 1988 describes a world set three hundred years into the future after a catastrophic war which has fractured the United States into several nations. The setting of the story is Women’s Country, apparently in the former Pacific Northwest. They have evolved in the direction of Ecotopia, reverting to a sustainable economy based on small cities and low-tech local agriculture. They have also developed a matriarchy where the women and children live within town walls (so-called women’s country) with a small number of male servitors, while the other the men live outside the town in warrior camps. Not all is as it seems though in this relatively peaceful place. Soon Stavia, our heroine, the yougest daughter of Morgot, a top dog in the Marthatown council, discovers the many secrets that Women’s Country holds.

These two books in particular have always stuck with me. They are quite possibly two of my favorite books ever written. Now with that being said, I was torn until recently about if I really wanted them to see these made these into films. They’d likely fuck it up and I’d end up hating myself for even mentioning the idea. We all saw what happened to Timeline by Michael Crichton. What a train wreck. After a lot of thinking though, it was decided that the movies have never ruined the book for me no matter how awful the translation is. “The book is always better” is the popular opinion. But I would still love to see the attempt at least. It would also be a different idea. We have these waves in entertainment. All of a sudden every big movie producer is coming out with military themed movies, next it’s zombies, and so on. I would much rather see a trend of a different kind. One in which we focus on incredible books being made into movies. There really are so many out there.

I felt these next ones wouldnt translate into feature film very well. They seem more of a television show type stories. Easily enough novels in the series’ to cover a few season and it wouldn’t be difficult to develop new story lines if the show keeps renewing.

This series has 18 fictional novels and one non-fiction book (plenty of material). The series was published between 1975 and 2010, with a final installment that was in editing at the time of the author’s death slated for release on April 6th 2015. 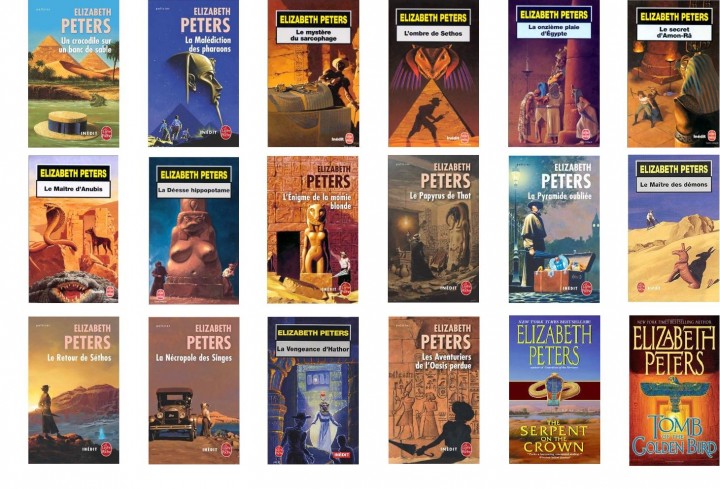 The books span a thirty-nine-year period from 1884 to 1923, which coincides with the period of the British administration of Egypt after the Anglo-Egyptian War. Amelia Peabody is introduced in the series’ first novel, Crocodile on the Sandbank as a confirmed spinster, suffragist, and scholar, living in England in 1884. She inherits a fortune from her father and leaves England to see the world, with the side benefit of escaping various suitors and family members who were neither aware that she would be the sole beneficiary of her father’s estate nor that he had amassed a small fortune over the course of his lifetime. In Rome, Amelia meets Evelyn Barton-Forbes, a young Englishwoman of social standing who has run off with (and subsequently been abandoned by) her Italian lover, and the two make their way to Egypt. In Egypt Amelia continues to find mysteries to solve relating to ancient Egyptian lore. Trouble always seems to find her.

I can see this one having a Warehouse 13 feel to it. If you’re familiar with Egyptology then you recognize the back stories to the mysteries. There are so mnay characters they could easily have filler episodes. I just think they really need to consider the idea. Sure some of the books are from the 1980’s, but they are truly great ones.

Have you read any books that you think would make amazing movies? Let us know in the comments!

Brittany Thornton aka The Wookie, lives on the majestic islands of Hawaii. A mother of two up and coming geek daughters. A Whovian, a Tolkien lover, a Trekkie and obviously a fan of Star Wars, you'll usually find her on XboxLive, playing Destiny and getting killed... a lot. Want to win her over? Books, bring books. Food helps too.
More Goodness
amazonbooksFilm

Video: First Impressions – when superheroing gets in the way of dating

Rivers of London – The Fey and the Furious
At the Mountains of Madness – Volume 1
Hiro Arikawa – The Travelling Cat Chronicles…
Unconquerable Sun by Kate Elliot
Vampire: The Masquerade – Winter’s Teeth #1
Breaks volume 1
Phoenix Point – one year on
Coriolis: The Third Horizon – The Last Cyclade
Axis & Allies: Zombies – Review
What to watch? What to watch?
Doom Eternal
HEY YOU!
Join Us!
-1
Copyright © 2016 Geek Pride. All Rights Reserved.
/* ]]> */