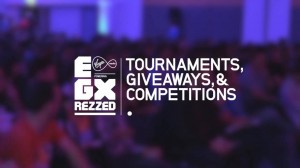 Following their highly successful annual #EGX event in London, Eurogamer are planning this year’s EGX Rezzed for 28th – 30th March at the NEC in Birmingham.

Whereas #EGX (formerly Eurogamer Expo) has become the UK’s closest equivalent to E3 and almost a second Gamescom in the European games industry calendar, Rezzed is a smaller and more intimate event that focuses more attention on independent developers and innovation.

That isn’t to say that Rezzed won’t come with it’s fair share of AAA mayhem though. A full list of games on show is still yet to be confirmed however the event organisers have promised that the Creative Assembly’s forthcoming Alien Isolation will be present and playable in the 18+ only section.

Attendees interested in moving into the games industry or just finding out more about the teams behind their favourite games are welcome to attend any of the developer sessions taking place across the whole three days. This year’s keynote presentation will be delivered by Mr. DayZ himself; Dean Hall from Bohemia Interactive so that is definitely one not to miss for any fans of the PC or MMO genre.

For fans of indie, The Leftfield Collection area offers early access to some of the most innovative titles and developers in the industry. In previous years, this exhibition has games like Gone Home and Proteus so it could be worth checking out if you’re starting to grow tired of racing virtual renditions of ridiculously unaffordable fast cars or shooting other players in the face.

Tickets are available now from www.egxrezzed.net and start at £9 for an afternoon admission on any one day of the show. For the determined, a 3-day pass is also available at an extremely reasonable £27. This allows early entry each day although after doing a hardcore triple-day stint at #EGX last year, my advice would be to take some hand sanitizer, a couple of soft drinks and a sandwich with you each day and try to pace yourself if you can.

There’s also going to be a Minecraft tournament and a chance to grab some great gaming merchandise so for those outside the South East who don’t fancy the annual pilgrimage to Earls Court in September or if you just want to try something different then there has never been a better time to get involved.

If nothing else then you may just bump into a couple of the GP crew and that alone has to be worth the price of admission. That is of course if you can manage to drag yourself away from Titanfall by the time 28th March rolls around.

For more information, check out: http://www.egxrezzed.net/faq

A proud member of the Geek Pride video games editing team, Sai can currently be found trying to get through his Christmas games backlog (and failing miserably at it).
You might also like
#egxaliensAp Games