previous
5 Factoids about the Battle of Waterloo - 200th Anniversary
random
next
Board games suck! And here's why...

One issue. They couldn’t let Batman be actual, for realises dead for one stinkin’ issue. And no, I’m not accepting FCBD’s offering as that was a spin off. Batman #41 came out a few days ago, showing us the first escapades of one Moustacheless Jim Gordon fighting an energy monster in a batmech. Now the issue I have isn’t with the comic- it was actually well done, and there was some clever self-referencing, especially to the gaudy advertising strategy in this month of DC releases (more on that here) . The book really captured our nascent ex-comissioner coming to grips with what it meant to be the Batman and being, quite rightly, terrified of the prospect. 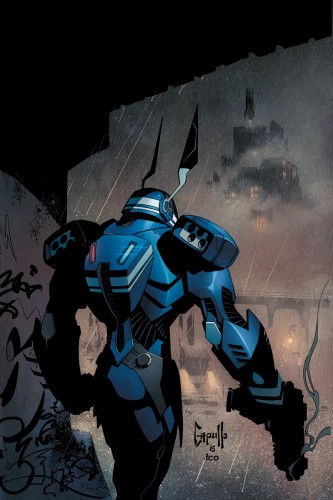 Silly rabbit, Tricks are for…whoever you want them to be, sir

The problem I have is that Bruce Wayne , and comic book characters in general, just won’t seem to stay dead. Max Landis has observed this way before this hairy cynic, but gorramit if I want to add fuel to the fire I will do. But seriously, you should go check out his video. Now I get that in order to keep a profit, we need to keep our big famous protagonists in the forefront of everything, but the creative industries at the moment are struggling and will continue to struggle if they don’t foster new talent and, more importantly, new ideas.

Harry Shearer of now ex-Simpsons fame once explained to Chris Hardwick in an interview that the biggest problem with new writers on the Simpsons is that they’d try to make the mainstay characters do or say something completely out of character. This would lead to tension in the studio and fan outcry/retconn if these changes got through ( Principal Tamsarian, anyone?). What I think Harry is saying here is that you need to keep characters true to their core for something to work. Yeah you can break the rules, of course you can put your characters in unfamiliar situations, but don’t change who they are. If you want to do that, Kill them. This is no more true than in the old tights n’ capes game: most supers are replaceable.

Allow me to cast your minds back to 2010, and the Batman story Batman: R.I.P. Sub-dimensional warlock Grant Morrison was at the helm of this masterpiece and had also been busy reinventing Batman into what was essentially, Batgod. He had an answer ( or a drug)  for everything, including giving Bruce Wayne a back-up personality just incase he lost his mind- the Batman of Zur-En-Arr.  I mention this because it all lead up to some fantastical story about Bruce Wayne becoming a literal Time Bomb who killed Darkseid. But the important thing here is what happened while Bruce was away. It was known as the Battle For The Cowl (which, fun fact, my ex still has my copy of). This meant everyone came out of the woodwork to try and be the next Batman. Dick Grayson (former Robin, current Nightwing, former Disco-Nightwing)  eventually took up the mantle, and went on some bizarre Batman adventures with the Robin, Damian Wayne. 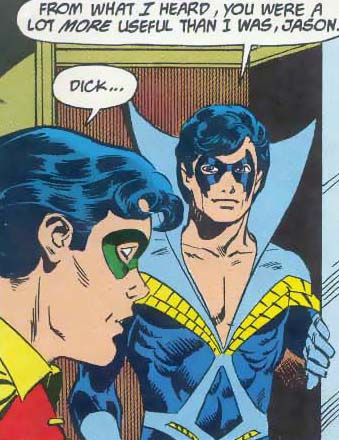 Brucey boy comes back after a few months and decides to see how the old BatFamily is without him at the helm. As it turns out, they are doing particularly well. Bruce becomes a new character called The Insider, keeping his identity a secret. This storyline had me utterly salivating- Without the responsibility of The Batman, what would Bruce do? As it turns out, be it due to studio or fan pressure, sod all. He revealed himself, formed Batman Inc, and Dick stepped down.

The reason I’m telling you all this is that 5 years ago we saw some growth in characters. A new paradigm that was fresh and interesting was scrapped within months. And then erased form all time with The New 52 (Now being erased by Convergeance) . There was an opportunity to bring something different and it was ignored through what I can only assume is fear. Fear of investment, maybe? Who knows.Batman needed to stay dead; In this I mean Bruce’s Batman. DC had a real opportunity here with the incredible writer/artist team of Morrison and Daniel to enact an everlasting change upon the DCU. How would this more upbeat Batman play a part in the JLA? how would he deal with Gotham’s criminals? Would the mantle change him? What about the new Robin, Damian Wayne? There are so many questions that we only got a smidge of the way to answering before it was retconned. And now, less than 5 years later, Bruce is dead again. And no one gives a shit. the only reason I got the comic was because it’s probably going to be worth something one day.Comics should be a commodity second to a glorious pieces of emotionally provoking escapism. 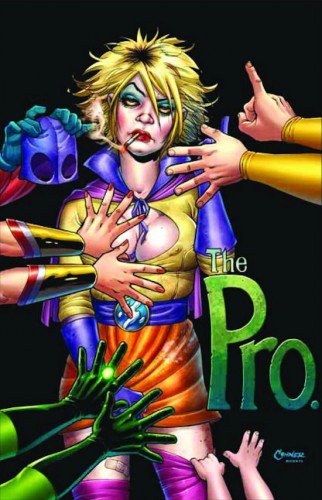 The biggest problem in the entertainment industry is that both sides, the creators and the consumers, only seem to understand one aspect of the phrase at a time. The consumers are only worried about entertainment, and don’t understand how business decisions are made.  For example: The Firefly fans went and got a movie, then they all torrented it- therefore no season 2. The creators however seem to only have the industry in mind- what sells? What’s vogue? There’s no more Eastman and Laird types in the mainstream  causing trouble. The reason that die-hard comics fans like our resident curmudgeon Mr Haigh don’t buy into the old capes game is because of the lack of trust in the readership. What happened in last issue’s Batman is indicative of the issue- the only constant being the lack of change. We need characters to die. There needs to be change, or the industry will atrophy and crumble as fans grow tired of the status quo. Max Landis made an incredible video  about how death In comics doesn’t matter anymore  and he’s right. This latest example being possibly more heinous than a healing coma.

So what can you do about it? Buy interesting things, make interesting things. Remember the industry part of “entertainment industry” Vote with your wallets, it’s the only way they’ll listen. Crowdfund stuff that looks good or stuff that interests you or seems different. You are the agent of change here.

One fucking issue guys, come on.

Does Batman need to die or has Mike been huffing too much fear toxin? shout at him on twitter @The_Dark_Mike or comment here.

Hailing from Kent, England, Mike is a writer, editor and podcaster who has just finished his degree at CCCU. He also is a drummer of 11+years, plays in several bands, and is available for session work. His other interests are Batman, music which doesn't suck and pizza. Follow Mike @The_Dark_Mike
You might also like
Andy HaighBatmanblog