Marvel NOW! continues to reboot- er, reintroduce- our favourite characters, and this week sees the release of Cable and X-Force #1. Not in any way related to Uncanny X-Force, this sees Cable reuniting with Domino and Hope, and picking up Colossus, Forge and Dr. Nemesis. And lest we be tricked into thinking that they’ll be a squeaky-clean super-team… 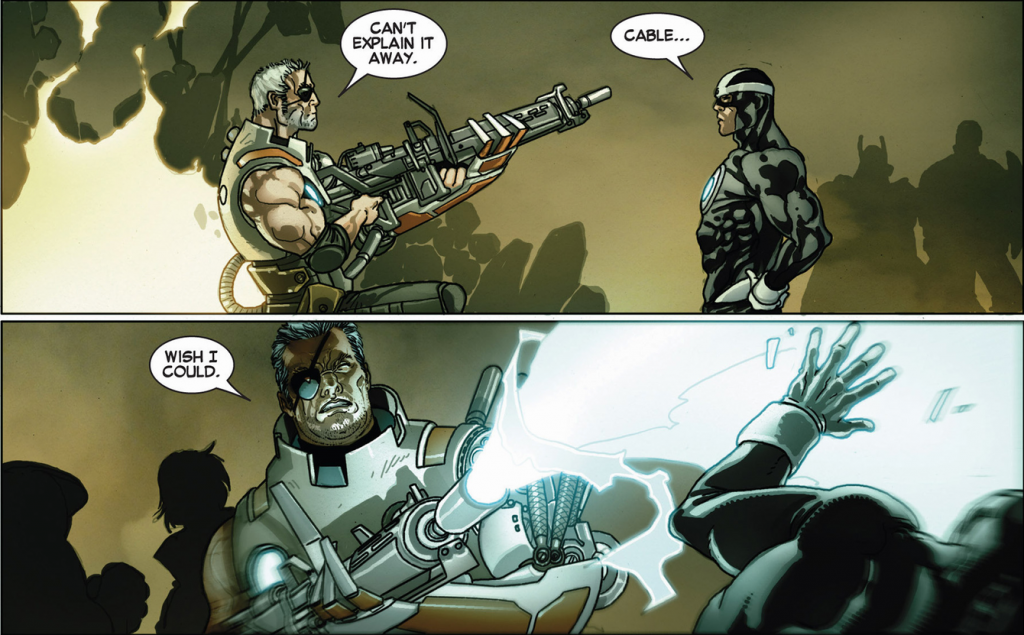 Pictured: Cable blasting his uncle Havok, leader of the Uncanny Avengers, in the face

Also debuting this week is Avengers Arena #1, in which a bunch of Avengers Academy students, the Runaways, and a few other kid heroes to round out numbers, must fight to the death on an isolated island at the whim of the villain Arcade. For some reason, I thought this was a great idea, until the harsh reality hit me that a lot of characters I love will die. Starting as they mean to go on, they wipe out one of my very favourite characters in the first issue. Not sure if want.

The Amazing Spider-Man, which released #699 last week, delays the arrival of the much-hyped #700 with The Amazing Spider-Man #699.1, an origin story for Morbius, the Living Vampire. It was a beautiful story, but seriously Marvel, get on with it! In Avengers Assemble #10, Bruce Banner and Tony Stark cut short their science battle to deal with possibly the biggest threat the world has ever faced- Hulk with a tummy ache. 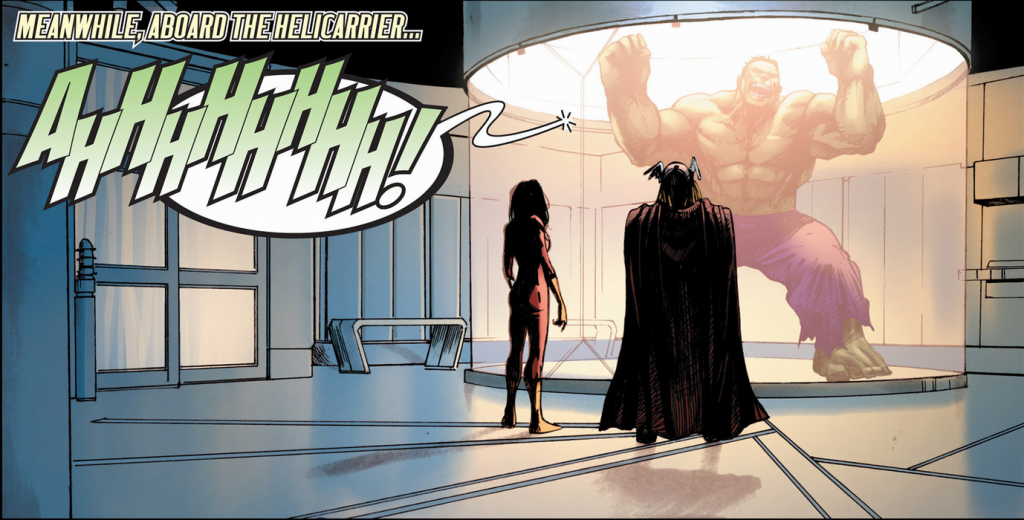 Worse than it sounds.

The Richards family set off on their journey through time and space in Fantasic Four #2, having found suitable replacements for the four minutes they’ll be away. 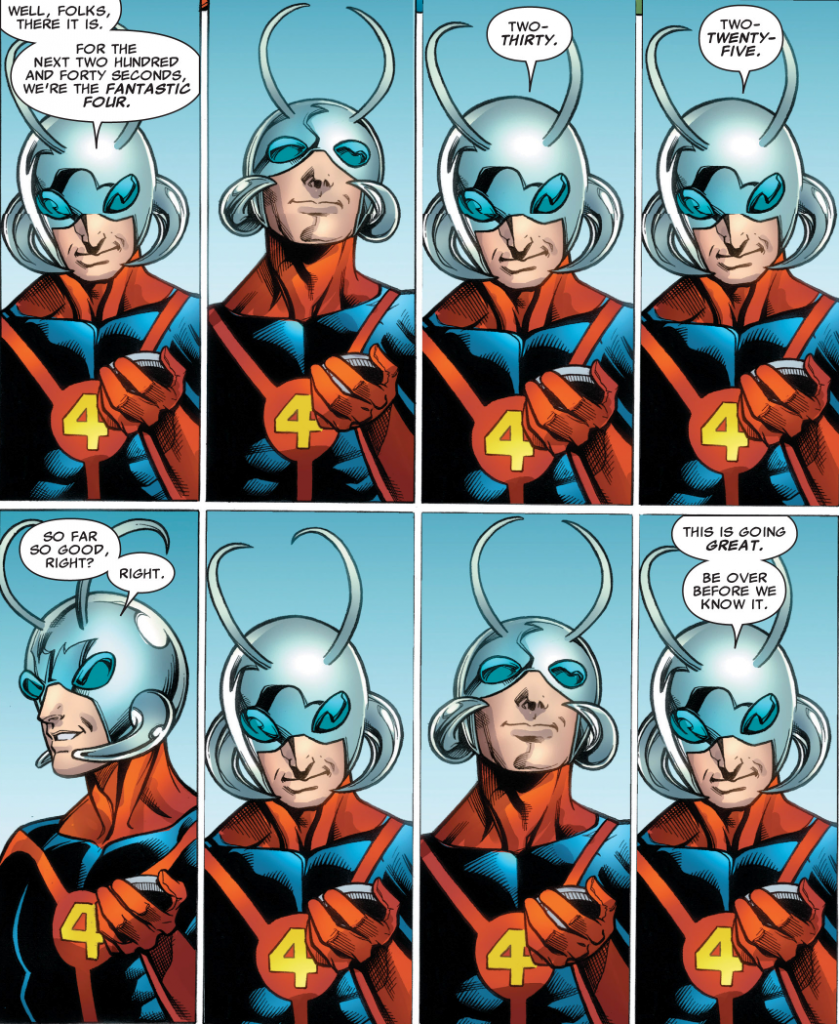 Iron Man continues to track down the stolen samples of Extremis in Iron Man #4, which pits him against… a bunch of brainwashed and crazy superstitious blonde women. Creepy. And I’m not being sarcastic. Cap beats some sense into Bucky in Winter Soldier #13, and Kaine gets into the Christmas spirit in Scarlet Spider #12. And in Wolverine #317, Logan has a heart-to-heart with the Dreaming Woman, a psychic/telepath currently in diamond form.  She’s like Emma Frost, but with clothes!

In other universes, Jean Grey faces her destiny in Age of Apocalypse #10, but does she know the full story, or is there something the Purifiers are keeping from her? Spoiler: of course they’re keeping things from her, duh. Marvel Universe vs. Avengers #3 sees our heroes forced to work with Doom to stop the rage virus, but is Doom doing this for completely benevolent reasons, or does he have a hidden agenda? Spoiler: of course he has a hidden agenda, he’s Doom. X-Treme X-Men #7.1 returns Dazzler to her home dimension, but what will she think of the events that transpired in her absence? Spoiler: she’s not particularly fond.

Which brings us to Dark Avengers #184– which follows, not the awesome characters I liked and hoped it would, but the ones I thought were as lame as it’s possible to get. And you know what? It’s brilliant. Toxie Doxie, Ragnarok, AI Apaec, Trickshot, Moonstone, Warden Walker, and the one good character Skaar, find themselves teleported to a parallel universe where the big heroes of the Marvel universe are engaged in a turf war over New York. The Dark Avengers do much better without their real-world counterparts to outshine them, and the gang war is pretty epic to watch.

At the time of character creation, Laura Maier made the mistake of putting all her points in charm. While this was probably an unwise decision, it's served her well so far. Her power animal is the platypus.
You might also like
age of apocalypseavengers arenaAvengers Assemble