The fall line-up for the CW has shown great promise and it seems that fact is being recognized by the studios who have ordered full seasons for three of the new arrivals: The Originals (the darker, edgier and more interesting version of The Vampire Diaries), The Tomorrow People (a remake of a 70s show with the same name) and Reign (the not quite historically accurate period drama about Mary, Queen of Scots).

While The Originals comes with its ready made fanbase, the other two are quite fresh to the market, but no less attractive. And I do mean that in the most literal sense, given that they perpetuate the CWs penchant for hiring incredibly attractive people to star in their shows, almost to the point of forcing us to suspend disbelief when dealing with them (They also perpetuate the myth that ugly/less attractive=evil). The number of viewers had been steadily growing for some of the shows, not to mention the DVR numbers that have also been taken into consideration. Hopefully they are here to stay.

Here’s a little rundown on what these shows are about if you’ve never gotten to see any of them: 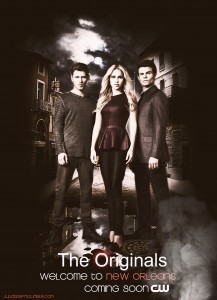 The Originals – The grown-up version of teen drama The Vampire Diaries, The Originals aims for a more grown-up audience, one that doesn’t believe that vampires should just look pretty while repeating high-school for the nth time. Not to mention the characters are less squeamish about ripping hearts out, killing people for sport or compelling the “lucky” few to do their bidding, until their usefulness has come to an end. With Joseph Morgan, Daniel Gillies, Claire Holt, Phoebe Tonkin and Charles Michael Davis (I did mention the ridiculously attractive cast, right?) at the forefront, The Originals has the chance of becoming the next best thing. 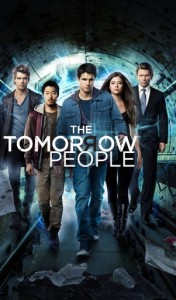 The Tomorrow People –  focuses on the struggles a new species of mutants (in a show that never says the word mutant) against the prejudiced secret agency of ULTRA, determined to kill them all, simply because they possess special abilities. Where have I heard this plot before? All in all, despite the rather silly name and the insistence of the characters to consider themselves non-human, it’s actually quite good and the cast has proven its talent. Mark Pellegrino (Supernatural, Being Human), Robbie Amell, Luke Mitchell, Russ Kwon and Peyton List are just a few of those that make up the cast of the show and the reason why people still tune in every week, despite a slight inconsistency in its pacing.. 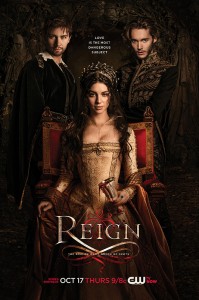 Reign – as I mentioned before it is a period drama, focusing on the life of Mary, Queen of Scots and her struggles during a time when life was a very cheap commodity. While initially panned by the critics, the show picked up and the fans, who ultimately have the last word, seem to have kept it afloat. Featuring Adelaide Kane as the lead, Toby Regbo, Torrance Coombs and Rufus Sutherland, the show might still surprise us all.

What's there to say about me? I love the sci-fi and fantasy genre when I read, but I am in no way limited to that alone. I do think Frank Herbert deserves a statue for his writing(if there is one, point me in that direction, please). I enjoy writing quite a lot, but I am also kinda lazy. If you want to make me happy give me books or Doctor Who collectibles. Or a real TARDIS, in which case I will love you forever.
You might also like
breakingspotlightThe CW