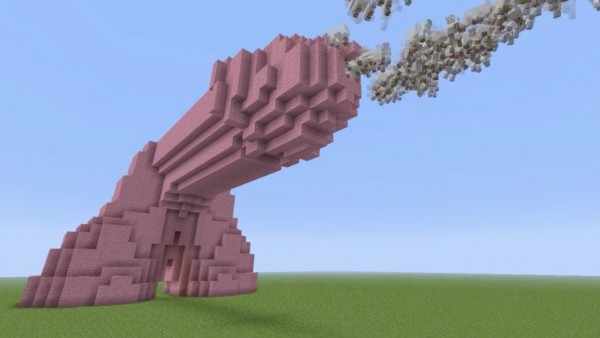 Minecraft, for those of you in that have spent the last two years hiding in a bunker from nuclear fallout/Superman is essentially a Lego survival horror game where you play as a nondescript terrified survivor (or Steve to his friends) who can build whatever your imagination can dream up; an underground railway, a secret Bat cave with trapdoors and elevators and yes…. a giant phallus.

What makes Minecraft so unbelievably popular is that it’s the perfect balance of difficulty and accomplishment. Survival mode sees you desperate for shelter in the first few days then steadily evolving your mud hut into a 200ft high castle with a lava moat. and you feel pretty safe in your fortress of solitude. That is until a Creeper explodes half your wall, letting in the hungry zombies, skeleton archers, spiders, giant slimes and the creepy-as-all-hell Endermen. 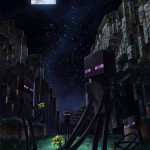 Cute right? They feast on dreams.

Then you change your underwear, respawn, rebuild and breathe a sigh of relief that you’ve built your walls DOUBLY high and THRICE the thickness, get through that, Creeper! And then you remember that spiders can climb…

And for those of you who’d prefer to just build there’s creative mode, where you can fly, are invincible and can spawn ALL types of blocks and creations the game has to offer. And that’s why you need to stop. Because someone has won.

Fuck your Infinity Cannon, screw your Awesome Mods and big jiggly balls to your Cat Fountain, because people and a few of their friends have out-created you all.

This glorious work is the product of Rivergrl21 and Nuropsych1 – This ridiculous tribute to Tim Burton’s Beetlejuice took two months to make, and it is worth every laborious click. Incidentally, for those of you who haven’t seen the film, you should. I’m not going to use a series of adjectives and bullying to convince you, I’ll just say that it’s Burton before he got to the “LOOK HOW COOKY AND WEIRD I AM, BOOOOOOOOO” phase of his career. 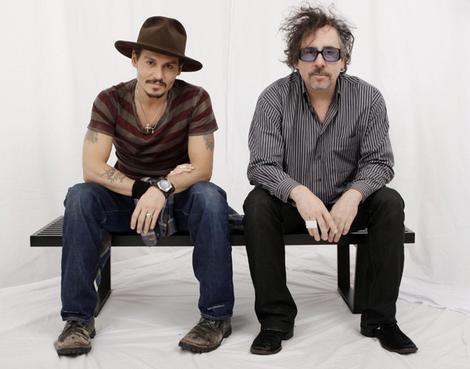 So congrats to the pair of you, sterling work! And please never work for any weapons companies. There’s such a thing as “Too good”.

Hailing from Kent, England, Mike is a writer, editor and podcaster who has just finished his degree at CCCU. He also is a drummer of 11+years, plays in several bands, and is available for session work. His other interests are Batman, music which doesn't suck and pizza. Follow Mike @The_Dark_Mike
You might also like
Beetlejuicebreakinggp blog