previous
Game of Thrones - Season 3 - Episode 2 - And They're Off
random
next
Now this is cool - Laser Tag, but anywhere

The prequel/sequel to Zack Snyder‘s adaptation of Frank Miller‘s 300 graphic novel is looming closer, and has a lot to live up to. Can Noam Murro pull it off? 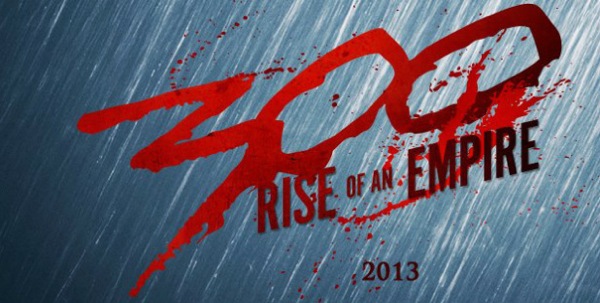 Looking at some new images, it looks like Murro is doing a good job with 300: Rise of an Empire, at least aesthetically-speaking anyway.

Two new images have surfaced by way of USA Today, featuring Sullivan Stapleton in his role as Themistocles and what looks like a seafaring contingent of Greek warriors getting ready for some ass-kickery.

For the uninitiated, 300: Rise of an Empire takes place before the Persian conflict with Sparta, and deals with the same awkward Persians lead by Xerxes (reprised by Rodrigo Santoro) and his naval commander Artemesia (Casino Royale’s Eva Green) causing trouble in their aspirations of ruling Greece.

Director Noam Murro described the the movie briefly, making it sound much larger in terms of scope than 300:

[quote]”[the story] happens over time in many different locations. The opportunities for the six distinct battles are even greater with different locations and tactics… The few against the many is still here. It’s hundreds vs. hundreds of thousands. It’s about taking on the mightiest power of all with wisdom and tactics.”[/quote]

When asked about the primary antagonist of the movie, Artemisia – played by Eva Green, co-star Stapleton said: “She does most of Xerxes’ dirty work in this film. She’s seeking revenge, and she does it well. She’s a force to be reckoned with.”… and it seems Murro agrees wholeheartedly, saying “She’s got sex appeal, she’s ruthless and conniving. All the things that kill men. And she has a sword. I wouldn’t mess with her.” I like the sound of her already!

[quote]”Themistokles is battle-scarred and a warrior, but at the same time he’s a politician. He’s not the king. He has to rule in a democracy. It’s a different complexity of character.”

“These people don’t want to fight, they even say that they are not Spartans. They are common people who have to do this to not be in under the rule of a dictator. This is not a duplicate movie or a cookie-cutter. It’s a very different story to tell in keeping with the original flavour of 300.”[/quote]

Now I loved 300 – the characters rocked, and Gerard Butler‘s career skyrocketed as a result of it (unfortunately he didn’t want to reprise his role as King Leonidas). 300 is one of the most visually engaging movies I’ve watched, along with Robert Rodrigeuz‘s Sin City (also based off a great Frank Miller graphic novel series).

So if Murro can pull of the look & feel of 300, that’s half the battle won… now let’s hope he can bring the rest of the movie together, and that it stands up to scrutiny.

300: Rise of an Empire is due to hit theatres on August 2nd, and will also feature returning characters Queen Gorgo (Lena Heady) and Ephialtes (Andrew Tiernan).

Movie and videogame geek, basketball player, guitarist, waffle connoisseur & expert in being a slacking bastard. You'll find me gaming on PS4 as "SpasmicPuppy" most of the time... I'm addicted to Destiny.
You might also like
300300: Rise of an EmpireComicbook