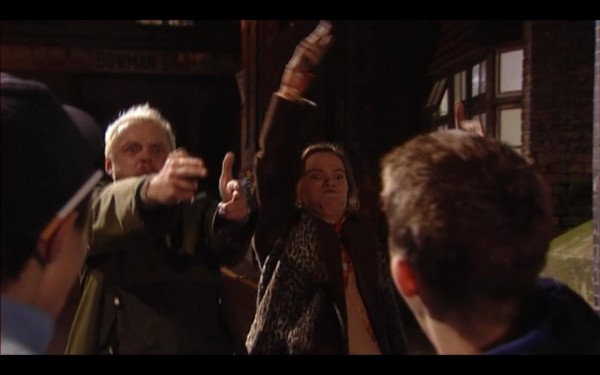 You remember that scene in Spaced where Tim, Daisy and their compatriots are involved in a slo-mo gunfight using imaginary guns? (if you don’t, go and watch it again… now! Check below 😉 ) We’ve all done it… well a new Kickstarter project is looking to let you do something similar, but better – play laser tag anywhere, using anything as a gun.

“No blasters. No body armor. The targets work beneath everyday clothing. The “guns” fit into everyday objects.“

This is the tagline for the Kickstarter page in question – an almost do-it-yourself Laser Tag kit where you can fit the components of a gun into almost anything… after all running around in public brandishing something that looks like a gun probably isn’t going to be a great idea. You can even set the “gun” part of the apparatus as a standstill trap rather than taking the shot yourself.

The Kickstarter project dubbed “Laser Tag for James Bond, not RoboCop” is seeking $10,000, and is currently just shy of $2,000 with a little under a month to go – the final date is May 4th.

Backing the project gives a range of benefits from getting a thank you (when you pledge $1), to receiving your own kit to make a “gun” and receiver (for pledging $49) and more, based on what you’re willing to invest. They will ship outside the US, but a $10 shipping charge applies.

Either way it’s a reasonable ask for something with so many cool applications – the lower tier options where you pledge $25 give you the schematics for the “gun” and target (along with the required software chip of course), and tell you how to build them using readily available electrical components, so it’s well worth investing in.

Plus I love the target receivers… is it just me that’s associating them with a Tony Stark-esque Arc Reactor?

Check out the Kickstarter page if it sounds interesting to you – I think I’ll be investing in a kit as the price is pretty reasonable. Just in case you need further convincing though, watch this: