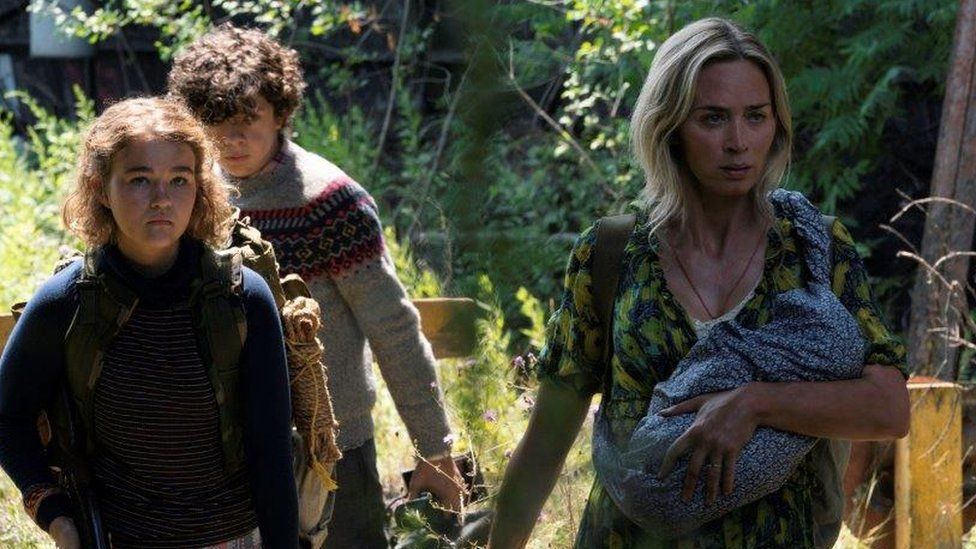 It’s a rare thing when a sequel tops the original. Empire Strikes Back, Terminator 2, and The Dark Knight are the oft quoted examples of this idea, usually by hobbyist film bloggers, and one time in a very fun sketch by Aunty Donna. A Quiet Place Part II, however, cannot join these often venerated ranks.

When we look at the great sequels of cinema, you can break down their success to three things: The film continues the premise of the original, will likely escalate the core challenges the protagonist(s) face, and will (in a broad sense) re-capture the essence that made the original something worth watching. A Quiet Place Part II does this in droves. With the death of John Krasinski’s character in the last film, in conjunction with the earth-shattering revelation of Millicent Simmond’s ability to stop the creatures in their tracks, the main plot of the film follows the Abbot family almost directly after these events.

Before this, however, there’s a delightful injection of lore by way of a flashback. Writer, producer and director Krasinski manages to capture the indomitable heart beating at the center of the inter-personal relationships of the Abbots, allowing each member sufficient time to shine. We are also introduced to their neighbour, played by Cillian Murphy, his relationship with his own family becoming an unsettling foreshadowing.

The new characters are woven seamlessly into the world, and the characters we know and love are pushed beyond their limits to put them in situations even the first film couldn’tve predicted. Each set piece is a study in slowly ramping up the creeping horror of the hunting creatures, bound to make the hairs on even the closest shaven necks stand up in anticipation.

In mentioning performances, it would be a crime not to mention the breathtaking performance by Millicent Simmonds. Her transformation of borderline-liability to absolute heroine is one that never feels ridiculous or inauthentic. It will be a crime if her masterclass in acting does not take the Oscars by storm.

The cinematography is another boon to an a beautiful story. There is a venerable dilapidation to the set design and establishing shots that would be pride of place in any photography buff’s Instagram account. The camera work perfectly portrays the emotional weight to all scenes, while never being predictable and boring.

A Quiet Place Part II does an incredible job of reinforcing the very specific tension the first film had. There are countless moments that have you at the edge of your seat, gripping you until the credits role. Aside from one shocking plot oversight, this release should have pride of place next to the previous film. It’s another dollop of your favorite ice cream.  It is seconds when you’re still hungry. It is a bit of what you fancy, exactly when you fancy it.

So why can’t A Quiet Place Part II ascend to the hallowed halls of “sequels that were better”? Simply put, it is just more of the same. This may sound like an insult, but the intention could not be further from the truth. The first film was an masterpiece in tension and heart, and this film joins it on exactly the same level that will leave you mercilessly impatient for the third part. Here’s hoping that release will live up to its predecessors’ well-deserved praise.

Load more
A Quiet Place Part IIIt's a rare thing when a sequel tops the original. Empire Strikes Back, Terminator 2, and The Dark Knight are the oft quoted examples of this idea, usually by hobbyist film bloggers, and one time in a very fun sketch by Aunty Donna. A...