previous
Top 5 ways to get yourself a job
random
next
Infographic: Doctor Who Statistics 1963-2013

Unless you’ve been stuck in the time stream for the past year (if you are, thank you for choosing Geek pride as part of your time stream entertainment) then you will no doubt be aware that the 50th anniversary of one Doctor Who is rapidly approaching at the speed of a T.A.R.D.I.S . November 23rd will a monumental day for Whovians worldwide, with promised appearances from the 10th, 11th and 8th Doctor incarnations in one episode.  One Whovian in particular is greatly looking forward to the date…  a sprightly young gent by the name of Tom Baker. 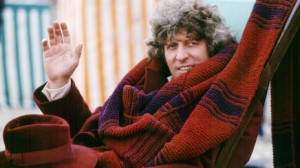 That is one chill Mo-Fo

Baker told BBC news yesterday that he has never watched a single episode of Doctor Who, despite playing The Doctor for 7 years. His illustrious role as the 4th captured the imaginations of  fans, almost doubling the fanbase during his time on air. With his winning smile and bohemian dress sense, Baker stood out amongst the previous iterations.

Baker stated that he will be making an exception for the 50th anniversary, however:

“I hope it’s going to be terrific,it’s such a landmark. It’ll be a big, emotional thing, but I don’t know what they’ll do – I’ll make an exception and watch that.”

Anticipation is getting to fever pitch, and with Capaldi ready to step into the next Doctor role, this year is looking to be absolutely huge. And hell, if the 4th can sit down to watch it, what’s your excuse not to?

Hailing from Kent, England, Mike is a writer, editor and podcaster who has just finished his degree at CCCU. He also is a drummer of 11+years, plays in several bands, and is available for session work. His other interests are Batman, music which doesn't suck and pizza. Follow Mike @The_Dark_Mike
You might also like
10th Doctor11th Doctorbreaking