From an announcement of one series that looks a bit dodgy, to one that looks pretty damn good! Karl Urban brings his Dredd-like persona to JJ. Abrams‘ next project: Almost Human.

Starring Urban as John Kennex, and Michael Ealy as his synthetic partner Dorian, Almost Human is being billed as a buddy cop/drama series that looks like it takes a few queues from 2004’s I, Robot. The story consists of Kennex’s tech-prejudiced cop being partnered up with a buggy last-gen android – Urban’s character has some part-synthetic components that he resents (just like his Will Smth I, Robot counterpart), and Ealy’s android has some part-human components that allows him to feel emotion (again, much like Alan Tudyk in I, Robot).

Set 35 years in the future,  the unlikely pairing fight crime and in typical Abrams fashion, there are twists and turns, and a deeper cover up to investigate. 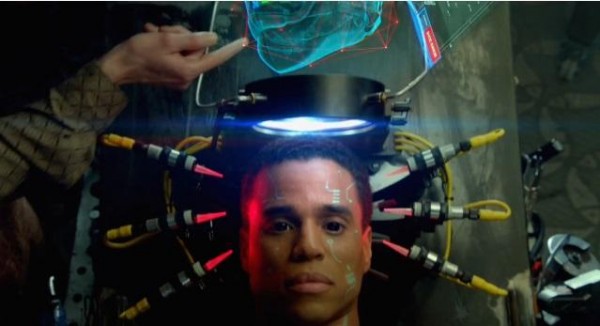 The trailer looks pretty good if I’m honest – a decent supporting cast too with Mackenzie Crook of Pirates of the Caribbean & The Office (UK) fame making an appearance, there’s definitely a Fringe vibe about things. Urban’s stoic sneering just makes me think of Dredd which isn’t a bad thing either.

Have a look at the trailer here:

Now this series I’m excited about – how about you?

Movie and videogame geek, basketball player, guitarist, waffle connoisseur & expert in being a slacking bastard. You'll find me gaming on PS4 as "SpasmicPuppy" most of the time... I'm addicted to Destiny.
You might also like
Alan TudykAlmost Humanbreaking