previous
Fun things that you can do with sand!
random
next
Talisman: Digital Version

Earlier today, gaming website Kotaku claimed to have received marketing material from a ‘tipster’ for the upcoming Assassin’s Creed instalment which was only announced earlier this month. Ubisoft already announced a change in character and time period for the series, but now it seems that the precise details are already being leaked. According to Kotaku, the game will be called Assassin’s Creed IV: Black Flag and centre around a pirate theme. The website claims to have been sent a poster, which is apparently promotional material that will appear in stores next month. 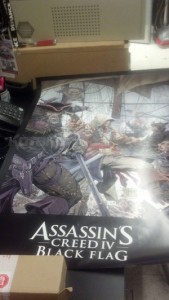 Promo material that Kotaku claim to have received

I’m not hugely convinced by the poster and think it’s most likely a fake, however I do think that a pirate theme for the new game is a possibility. There have been other rumours circulating the internet as well, including a leaked screenshot which doesn’t really give anything away, along with claims on Reddit that someone read the title Assassin’s Creed IV: Black Flags on a powerpoint presentation on someone’s laptop on a plane. 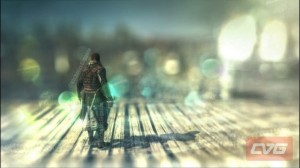 According to the rumours, the game will be set in the Caribbean and follow Edward Kenway, father of Haytham Kenway from Assassin’s Creed III. Whilst I’m not very convinced by the ‘leaked poster’ and screenshot, I do think that the rumours of the new theme could be true. When thinking of ideas for a new time/location following Ubisoft’s announcement earlier this month, a pirate assassin definitely popped into my head. The theme would allow for great new locations and weapons, along with entirely different plot lines. However, when not on land would there really be much to do besides commandeering boats and climbing sails? It would definitely make for some fabulous new visuals though, as well as snazzy new attire. Regardless of the limits of an ocean setting, I think it’s a popular enough theme to entertain the masses. Keep posted for more Creed news and feel free to comment with your thoughts on the rumours.

I'm an aspiring film journalist living in Chester. Into all kinds of geekery from N64 to Xbox, graphic novels, cosplay anime and more. I have an unhealthy obsession with Pokémon and the Legend of Zelda series. So much so that I have two Zelda tattoos and various Pokémon lurking all over my house. In my spare time when I'm not busy being a real person and working, I'm writing or making retro games jewellery. I'm also obsessed with pandas. They're fabulous.
You might also like
assassins creedblack flagbreaking