Straight to the point:

The sequel to the greatest ever superhero game was never going to disappoint, but this is bigger, badder and better than we could have hoped. Make sure the batmobile has a full tank because this is going to one hell of a ride…

My first exposure to the Batman was, like many people of my generation, through the repeats of the 1960’s television show starring the finest actors to ever portray they dynamic duo, Adam West and Burt Ward. I was hooked by their Technicolor adventures, stunned by their crime-solving deductions, horrified as every other episode ended in another convoluted death-trap in which the caped crusader and boy wonder would surely perish. Years later, looking back, the show seems comedic and camp, but at the time, as a child, it was high drama, mystery, camaraderie, thriller, a gateway into garden of geek which I would never get tired of revisiting.

As I grew so, naturally, did my tastes. The bright colours of West and Ward’s world matured into the pastel shades of Frank Miller’s Batman: Year One graphic novel, the gritty, true realisation of the Dark Knight’s early years which was so successfully transmuted into Christopher Nolan’s big-screen franchise-baiting reimagining. Later on I discovered Jeph Loebs’s beleaguered social sentinel in his Long Halloween, another Frank Miller offering in the shape of The Dark Knight Return’s violent retiree and, most recently, the mind-straining machinations of Grant Morrison’s game-changing epic. Batman and his ever-changing retinue of allies, sidekicks, enemies and faithful butlers have been portrayed in hundreds of different ways over the years, so how is a video game producer supposed to choose which incarnation of the World’s Greatest Detective they bring to gaming? To Arkham City developers Rocksteady, the answer was seemingly simple: take the best bits from all of them.

I may have misled you a little bit, so let me make something clear. Batman: Arkham City is not a game. Tetris is a game. Scrabble is a game. Arkham City is a goddamn Batman simulator. For every child who shouted “POW!” while punching a sibling in the arm, for everyone who hurt their throat trying to recreate Christian Bale’s gravely growl, this is it, this is the closest you’re ever going to get to donning the cowl and taking the streets of Gotham.

The premise is perfectly sufficient; a large section of Gotham City has been cordoned off to house the ever-growing population of inmates from Arkham Asylum, the island sanatorium which provided the backdrop for the first game in this series (although don’t worry if you haven’t played that, like most games these days sequels don’t require any knowledge of previous iterations to be entirely enjoyable). Bruce Wayne, international playboy and Batman’s civilian alter ego, is trapped in Arkham City by its mysterious new warden, Hugo Strange. Solving the mystery behind Wayne’s incarceration and Strange’s mysterious “Protocol 10” pits you against hundreds of crazed patients, psychopathic minions, innocent political prisoners and, of course, a veritable “Who’s Who” of the Dark Knight’s rogues gallery, each imaginatively drawn so as to be both darkly comic and violently real – the Joker in particular is masterfully unnerving but also, as is fitting for the Clown Prince of Crime, highly entertaining. 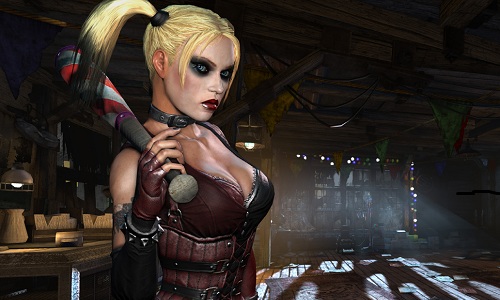 There is nothing wrong with this game except the fact that it will suck all that precious free time from you, at least until The Elder Scrolls: Skyrim turns up. But if you don’t mind, until then I’m heading back to the rooftops of Arkham City for a little monologing. Where was I? Ah yes, “criminals, by nature, are a superstitious and cowardly lot…”