previous
Batman Europa #1, or "The Comic that almost wasn't."
random
next
Game of Thrones: The Winds of Winter is coming...just not yet
Books and Comics
0 likes

A comic book not to be missed!

The second part of the Porcelain Trilogy has been released at the Thought Bubble in Leeds, last week. The second instalment, to be released internationally on the 10th of February 2016, features Child, the street urchin that stole our hearts in A Gothic Fairy Tale, as a now grown woman, struggling with past mistakes and with an uncertain future. 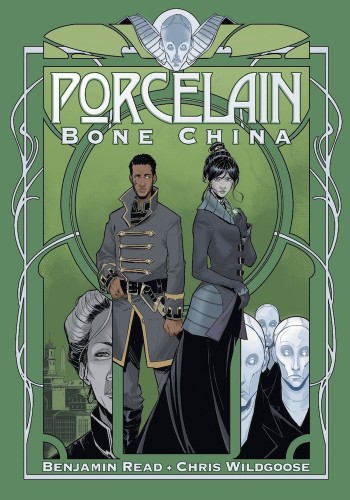 In Bone China, Lady has become as isolated as her Da was, with only her porcelain  friends  for company and a chaperone that does little to actually supervise her. The street Urchin we all came to know and love in A Gothic Fairy Tales is still there, hidden under layers of expensive fabric, lashing out much like she would have years ago, whenever she feels the situation deems it. It’s a nice throwback to the first book of the trilogy, when the process of turning her into a Lady began.

This time around she has no one to guide her, no one reliable at least, as she manoeuvres through a web of plots she fails to see until it’s too late. It’s these very plots, spreading across the four seasons of a year, that make this book an experience that should not be missed. The story is intricate, filled with twists and turns that will keep most readers on the edge of their seat. I found myself torn between wanting to read faster to see what will happen next and hating the fact that I was nearing the end of the book. 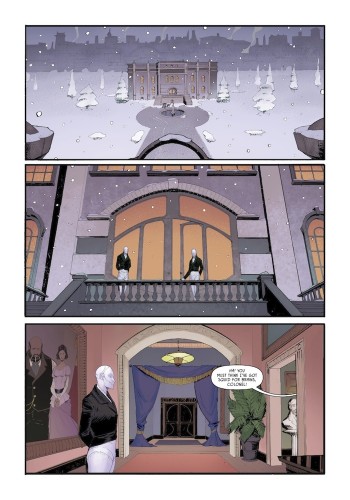 Bone China might at a superficial glance seem like a simple tale – featuring an over-zealous army general that wants nothing more than fodder for her war (and what would work better than the porcelain beings Lady creates?), a man that finds himself caught between a rock and a hard place and Lady, who has to figure out how to handle the unexpected turn her life took when she made a decision she avoided for most of her life, to give her heart to someone else – but when looking beyond these aspects, it unfolds in an unexpected way, moving beyond the cliche ridden path it could take.

Without giving too much away, I will just say that no matter how cynical you are, you’ll be hard pressed not to feel something when seeing the way nature can twist us all into monsters, even when we claim not to be and just how far we can go when we believe we are doing the right thing.

Betrayal, love, hope and revenge abound and there are so many times when figuring out who the good guys are is not easy, but it makes for a more enjoyable read that way. I couldn’t put the book down and found myself snapping at people for interrupting.

The art is simply stunning, complimenting the story well. Every single person, every single creature featured being made into an individual. There is no sea of people where individuality matters little or not at all. While the focus falls on the main characters, the background ones are not forgotten and for once I appreciate the time placed into making everything perfect, even if I grumbled  while waiting for the second part of the story.

If you want to read a story that will stay with you for a long time, Bone China is available for pre-order via Diamond Comics – Diamond Code: DEC151417.